The Federal Government has closed Haufei Restaurant and Mall, a Chinese eatery in Lagos State, for refusing to serve Nigerians.

The Federal Competition and Consumer Protection Commission, in a tweet on Saturday, said the staff of the restaurant, located on 33 Aboyade Close, Victoria Island, admitted that it was the business policy of the owners.

“Today, FCCPC closed Haufei restaurant and Mall 33 Aboyade Cole, VI, based on credible intelligence and surveillance that the business declines service to Nigerians. Staff of the business admitted this is the policy and our operatives experienced same. Both now closed for further regulatory action,”.

As sad as it is; Nigerians are not allowed to enter or order food at a racist Chinese restaurant called Shi Shi in Lagos. The restaurant is located on 21B, Emina Crescent, Off Toyin Street, Ikeja, Lagos.

Furthermore, some Nigerians have taken to social media to post about the restaurant; complaining that only Chinese are allowed entry. Although findings showed that Nigerians and other Blacks are allowed patronage if they are accompanied by a Chinese.

“Who are you looking for?” the guard, a Nigerian, asked.

The OBSERVERS TIMES we wanted to order a Chinese cuisine; but the guard said the correspondent was not allowed in the restaurant.

It was gathered that the Chinese restaurant operates from 11am to 4pm daily.

Also when the OBSERVERS TIMES sought to speak with the manager of the restaurant, he was told the manager was not around.

“Today, FCCPC closed Haufei Restaurant & Mall 33 Aboyade Cole, VI based on credible intel & surveillance that the biz declines service to Nigerians. Staff of the biz admitted this is the policy & our operatives experienced same. Both now closed for further regulatory action. “ 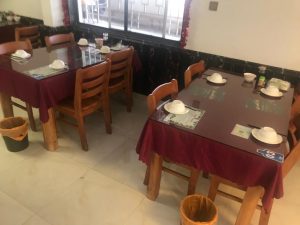 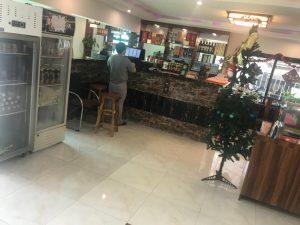 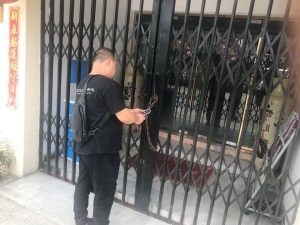 STRANGE!! Man allegedly have sex with goat in Ekiti

The family of the Coronavirus disease (COVID-19) index case in Benue State has come out to fault the test result...

The Defence Headquarters on Monday conformed Daily Sun‘s exclusive report that one of its personnel had contracted the novel coronavirus...

The National Agency for Food and Drug Administration and Control (NAFDAC) has ordered for the manufacturing of chloroquine for emergency...

The Chairman, Christian Association of Nigeria (CAN) in Northern Nigeria, Rev. Yakubu Pam, has applauded christians in the Northern  part...

STRANGE!! Man allegedly have sex with goat in Ekiti

Drama As Newborn Baby Tests Positive For Coronavirus In London