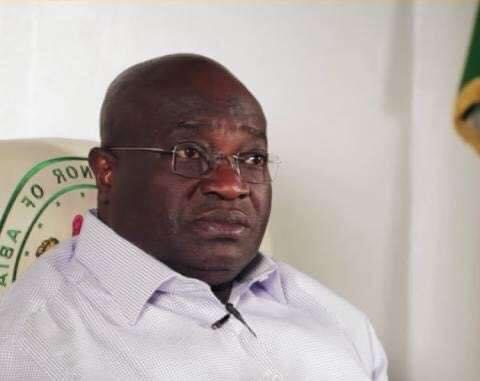 There is currently anxiety around the health of governor of Abia State, Okezie Ikpeazu, as he remains Coronavirus positive despite being placed under intensive care at his home in Abuja.

According to findings by SaharaReporters, several tests carried out on him has continued to show that he still has the virus.

The latest COVID-19 test was conducted on him last week but again returned positive, further confining the governor to Abuja where he has been for almost one month.

The governor is said to have last had a dialysis about one week ago and is in a stable condition.

Recall that on June 11,NGReporters revealed that Governor Ikpeazu was confirmed to have diabetes on top of a kidney failure that had further complicated his Coronavirus treatment.

However, before his situation got worse, Ikpeazu made attempts to be flown abroad but the restriction on international flights ban in many countries around the world and his positive status of the virus put paid to that move.

Though he is believed to be in a stable condition at the moment, he is said to still be a long way from full recovery.

For lying and misleading the masses about Covid-19: Kogi,Cross River Health Commissioners to face trial for misconduct – MDCN/NMA