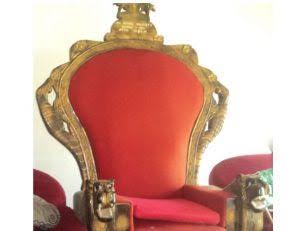 The final stage for the emergence of a new Attah Igala was activated on Thursday with the nomination of a former Manager of the Central Bank of Nigeria, Prince Samuel Opaluwa by the AjuAmeachor Ruling House as the preferred candidate to occupy the stool.
The the Stakeholders of AjuAmeachor, which is due to produce the next Attah Igala in accordance with the Kogi State Chieftaincy law and the Igala Native Customs, on Thursday met in Idah and announced that it has unanimously chosen Prince Samuel Opaluwa as the family’s candidate for the exalted throne.

The meeting, which was convened by the Head of the AjuAmeachor Ruling House, Prince Jacob Yahaya Etu, a retired Deputy Commissioner of Police, as required by the Kogi State Chieftaincy law, has screened, interviewed and considered three main candidates who had indicated interest in the stool.

Other candidates include Matthew Alhaji Opaluwa, a Director with the Independent National Electoral Commission (INEC) and Ocholi Opaluwa a high ranking Customs Officer.
Etu, addressing the stakeholders of the clan on Thursday, said the family had unanimously agreed that Samuel Opaluwa being the eldest among the sons of Opaluwa Oguche, a one time Attah Igala designate who indicated interest be nominated and presented to the other ruling houses as the AjuAmeachor choice for the stool.
He said the family had so fact consciously acted in full compliance with Kogi State of Nigeria, Igala Area Traditional Council (Modification of Native Law and Customs) Order 2015 and traditional precedence which gives the exclusive right to nominate an Attah to the Ruling Family that is due to produce the Attah.