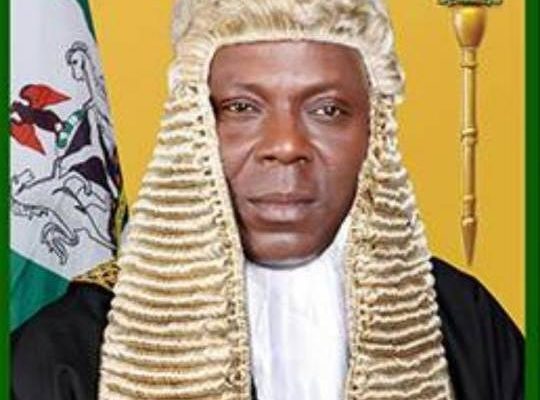 He added that Nigeria needs a vibrant leader who will be able to work throughout the day without getting tired in order to be able to tackle the challenges being confronted in the country stressing that Yahaya Bello has displayed his quality as a vibrant leader considering his tremendous achievements as Governor of Kogi State.

Matthew Kolawole said that, “he is young, energetic, vibrant and a good leader. He has done it in Kogi State in all the areas of development of the state, he has delivered and opened up the state to a position of envy by other states in the country”.
The Kogi Speaker further said that as a youth, Yahaya Bello has the strength to transverse the country in order to know the problems and proffer solutions to them for the development of the country. He expressed optimism that Yahaya Bello has the political might to beat whoever will come out as an aspirant for the number seat of the country under the banner of the APC because according to him, the Kogi state Governor has remained a committed member of the ruling All Progressives Congress (APC) since its formation.

In his response, Speaker of Bauchi State House of Assembly, Abubakar Y Suleiman commended the Kogi State House of Assembly for spearheading the aspirations of the State Governor saying that it has gone to show that there’s a cordial relationship between the executive and legislative arms. Abubakar Suleiman said that with support and backing by the Legislature across the country who are mostly APC members, the Project 2023 has positive prospects urging the APC members to rally round one of their own.