Bola Tinubu Accused Of Pocketing The Destinies Of 20 Million Lagosians, Will Be Blocked From Taking Over Edo State As A New Political Godfather 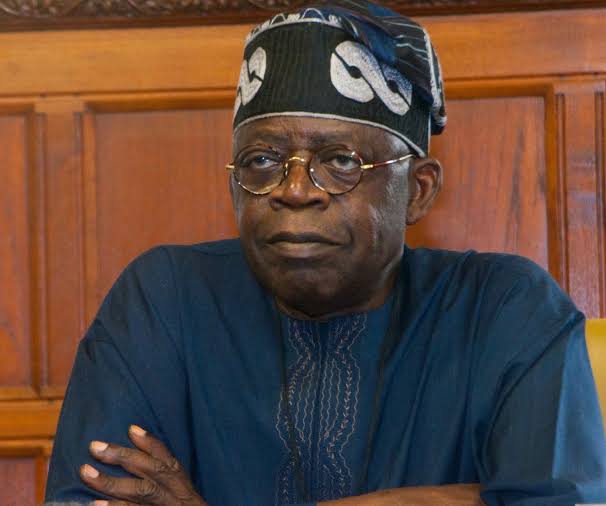 Isaiah Osifo, the Governorship Candidate of the Labour Party, LP, in Edo State, has said that the National Leader of the All Progressives Congress, APC, Bola Tinubu, will not be allowed to pocket the destinies of the State, as he did in Lagos State, OBSERVERS TIMES learnt.

Osifo gave the warning in reaction to Tinubu’s comment on the crisis rocking the Edo State House of Assembly.

The crisis in the Edo State House of Assembly had led to the impeachment of the Speaker, Frank Okiye, and the Deputy Speaker, on the same day.

Reacting to the crisis, Tinubu had stated that the State Governor, Godwin Obaseki, committed an impeachable offence, by ordering for the renovation of the Assembly Complex, at such a time.

Reacting to Tinubu’s remarks however, Osifo warned the former Lagos State Governor to stay off politics in Edo State.

Speaking in Benin City, the Edo State capital, on Sunday, the LP Governorship Candidate said that Tinubu and former APC National Chairman, Adams Oshiomhole will not be allowed to impose retrogressive politics on the State.

His words: “In Lagos State, Asiwaju Tinubu has succeeded in putting the destinies of over twenty million Lagosians in his pocket, who must go and prostrate in his Bourdillon residence before they can seek elective positions, buy property and even start a business.

“It is this retrogressive brand of politics that Tinubu wants to import to Edo State. But he fails to realise that Edo people have never been candidates for such mental dominance and subservience. He can check Nigeria’s historical records for this fact.

“Tinubu cannot do to our people in the 21st century, what our forebears vehemently rejected till this day. He cannot subordinate a free people like us, who would give anything for the triumph of social justice, to his whims. He should learn about Edo people from the rise and fall of Adams Oshiomhole, the sacked national chairman of the APC.

“In Edo State, the Geographic Information Service agency, set up by Governor Obaseki issues Certificate of Occupancy in a matter of weeks, and at affordable cost. But in Lagos, the issuance of C-of-Os is still largely influenced by Tinubu, several years after leaving office.

“This is the kind of culture Tinubu wants to foist on Edo people through his agents such as Adams Oshiomhole and the APC gubernatorial candidate. But Edo people will not allow them.”

Like Loading...
Facebook
Twitter
Pinterest
WhatsApp
Linkedin
Email
Print
Telegram
Previous articleMalami Writes Buhari over Corruption Allegations against him
Next articleBREAKING: New Memo From The Army Reveals That A Large Number Of Soldiers Have Lost Passion And Dedication To Fight Boko Haram Under COAS Buratai

Just In: #BokoHaram kills Nigerian Army Colonel in an ambush.

A really disturbing short video has emerged online showing a man assaulting a woman. The video which was posted by an eyewitness captured an unidentified...
Read more
- Advertisment -

Borno Governor, Prof. Babagana Umara Zulum on Tuesday announced a donation of a befitting house and 20 million Naira to the widow and orphans...
Read more

The Governor of Edo State, Godwin Obaseki, has said that the National Leader of the All Progressives Congress, Asiwaju Bola Tinubu, and others like...
Read more
Load more