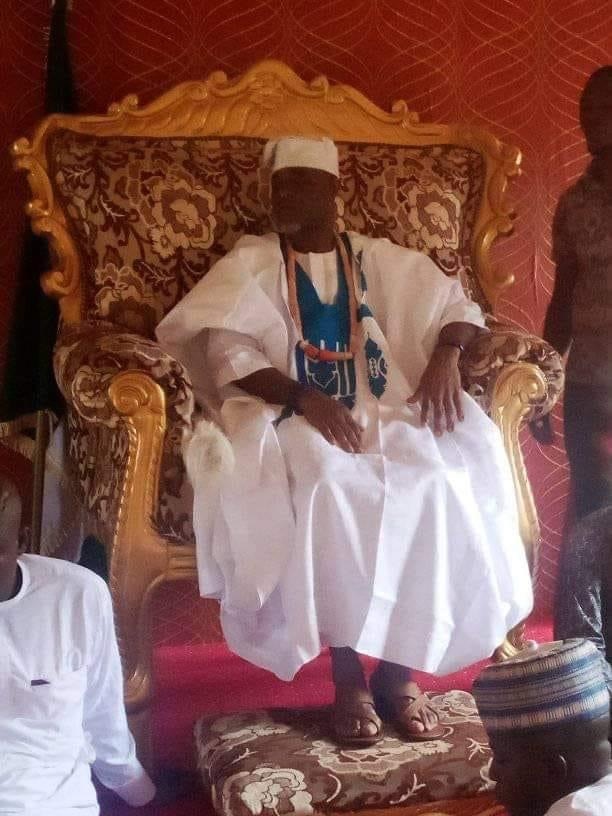 The custodian and Traditional Husband of Attah of igala is dead, OBSERVERS TIMES report.

Achadu slumped at Ibaji, while attending 70th birthday of Ejeh and 29th years on the throne and was rushed to the Idah General Hospital, where the Doctors certified him dead

Fellow Governors angry with me for mediating and resolving North/South ‘war’,- Yahaya Bello.

It is an oft-repeated assertion and is certainly true that the Nigerian military is overstretched and overwhelmed because the Nigerian Police is not pulling its weight.

The Police Force has been so debased that, as we have seen in recent attacks against police formations in the country, it does not have the aptitude to protect itself, not to talk of protecting the rest of us. What has not been talked about is how exactly we got here and how we could escape this god-awful situation.

Some military generals last week during a ‘Conference of State and Civil Society Actors on the Intersection of National Security and the Civic Space in Nigeria,’ organised by WISER and OSIWA at the Nigerian Army Resource Centre, touched on some of these issues with tender hands in velvet gloves.

It really was interesting listening to these soldiers speak about their relationship with the rest of the country. What comes through is a certain superciliousness about their standing in the scheme of things and a certain scorn about the standing of other demographics, such as the civilian population and especially civil society organisations. But perhaps no demographic is at the butt of this condescension like the Nigerian Police. What was even more painful to watch was the military’s failings to see the correlation between its actions over the years, the near-collapse of the Nigerian Police Force and the current entanglement Nigeria finds itself in.

At no point was this more glaring than during the comment session when a General blamed the civilian population for the persistence of Boko Haram in fermenting trouble in the country. With as much disdain as propriety would allow, he posed some rhetorical questions:

“Who gives Boko Haram food? Who gives them money?”

Valid questions by all considerations but inherently flawed. Flawed because they wilfully failed to take into consideration that the villagers, faced with an armed horde of murderous terrorists, and with no protection from the state, would be unqualified idiots not to comply with the demands of men with blood in their eyes pointing guns at them.

The most pertinent question this General failed to ask, out of mischief or a skewed perspective, is; who gives Boko Haram the weapons they use to massacre civilians and decimate Nigerian troops considering that a good percentage of the weapons the terrorists use today were seized from the Nigerian Army?

A lot has been said about the loss of a number of Mine Resistant Ambush Protected (MRAP) vehicles, acquired at great cost and trouble, to Boko Haram, which the insurgents used to attack the military super camp in Mainok recently.

Conveniently, this General failed to explain how armed soldiers continue to lose military equipment to Boko Haram and expected unarmed, defenceless civilians not to surrender their food and possessions to the terrorists.

It was unfortunately the same attitude the military brought to its assessment of the problems created by Nigeria’s abysmal policing situation.

In his submission, for instance, one of the panellists, Maj. General EG Ode (rtd), spoke about how the failure of the police to perform its duties has forced the military into the civil space to engage in civil protection, which they are untrained for. Brig. General Saleh Bala (rtd), President of WISER, during my interview with him recently, captured this succinctly: “What business does an air force personnel have on an AMAC task force chasing vendors off the street?” he asked.

Today, the Nigerian military is involved in about 40 operations spread across the country primarily to secure civil spaces, mounting checkpoints and dealing with criminal elements the police should have been dealing with. What the military brings to these operations is their peculiar mindset. Armed with a hammer, everything does look like a nail to it. Thus, an out-of-school boy caught hawking sachet water on the street and a robber are often given a similar treatment.

But why did the police collapse so woefully that they now need the military to prop them up by taking part of the burden off them? The answer has everything to do with the military.

In the 1960s, the Nigerian Police was quite professional with the inherent efficiency of their colonial role models. When the military first inserted itself in the civil arena by overthrowing a democratically elected government in January 1966, the police investigation into the incidents of that night of January 15 remains until today a thing of pride.

But that moment that should have been the police’s finest hour also happened to be the death knell of the force.

First, the intrusion of the military in the civil space, its imposition and enforcement of curfews by itself relegated the police to a secondary force in their main area of operation. To consolidate their hold on power, soldiers patrolled the streets, controlled traffic, and terrified the populace into submission and compliance. They succeeded in emasculating not only the civilian populace but also the police who have to surrender their roles to the military.

In the first 13 years of uninterrupted military rule between 1966 and 1979, and the second stretch of military rule between 1983 and 1999, the police, stripped of their primary roles, became complacent and lost a lot of capacity. Police diligence made way for the crude efficiency of the military, who took over not only the government but also the civil space, shoving the police onto the kerb, reducing them to no more bystanders in the Nigerian State than the civilian population. The police suffered the neglect that would today render it the weightless husk it has become. Of course, in this state, mercantile police officers developed a comprehensive system of further undermining the force for personal gains as amply demonstrated by former police boss, Tafa Balogun’s car farm and massive loot.

It has been two decades since the return of civil rule. Enough time perhaps for the police to regain its mojo. But the lingering tragedy of Nigeria’s convoluted yet hasty return to democracy is the failure of various military regimes in their transition plans to account for the rebuild of the Police Force expected to fill in the gap that the withdrawal of the military from public space would create. The focus at the time was rebuilding a political culture without any thought to resuscitating the custodians of law and order.

And sadly, since the military withdrew from power, there has not been a deliberate effort to empower the police and restore professionalism within its ranks. Therefore, Nigeria has continued to trundle from one disaster to another starting from the civil unrests of the OPC in the South West, the Sharia riots in the North and the secessionists’ agitations in the South East and inevitably to Boko Haram, banditry, communal clashes, kidnappings and the total chaos we are in now.

So if today the police have remained incompetent, understaffed and lacking capacity and the military has to be called in to every village, every market and every traffic gridlock to deal with the situation while also fighting Boko Haram, it is only logical they would be asked to help fill a vacuum they themselves helped to create. Logical only in the sense of it being a short-term solution. But this country has a penchant for making short-term solutions everlasting.

Solving this problem is not rocket science. It is inconceivable to say Nigeria does not have the resources to rebuild the police, recruit and train a significant number of officers in instalments over years, create, train, equip and deploy Special Forces to deal with specific security challenges the country faces. One only needs to look at how much is frittered away in maintaining the political class and their various appendages who have now commandeered over half of what is left of the police force for their personal protection and bag-carrying duties at the expense of the rest of us.

With an army of unemployed youths eager for work, it is obvious that the only thing stopping the rebuild of the police is simply a chronic shortage of political will and long term planning.

Eid Mubarak! May Allah keep you all and your loved ones safe. 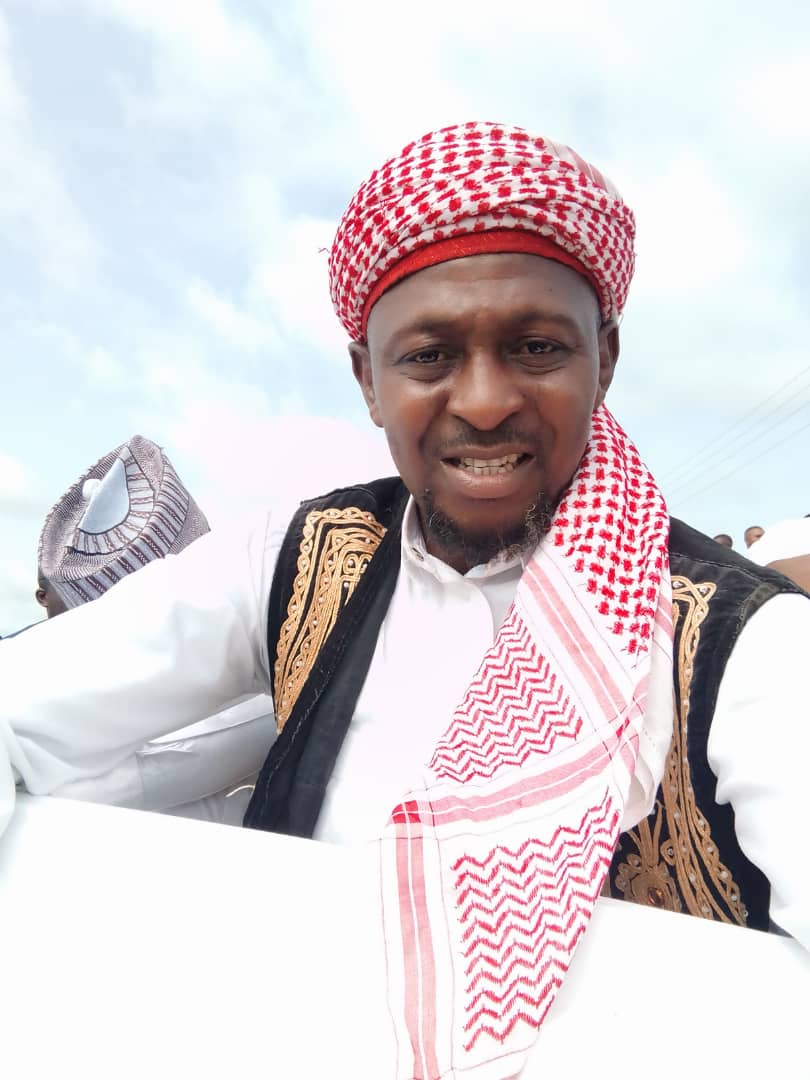 Convener and coordinator Igala in focus,a WhatsApp platform that discuss the socio-economic and political developement of Igala nation,Kogi state in general,Alhaji Alhaji has enjoined the people of the area not allow their differences overrides the overall interest of the race.

He made this statement in his Sallah message to the people of Kogi east advising all and sundry to imbibe peace,and collective bargaining for the progress of the area.

The convener stressed the need to learn from the lessons of the holy month that preaches patience,love,kindness,tolerance, forgiveness and peaceful co-existence among mortals.

He advised the people of Kogi east to form a quorum to dare the next political dispensation and not to allow differences that can be resolved over shadow the interest of the race.

He said the area had learnt a lot from the political downturn in the last few years and paid dearly for it,saying the need to retrace our step is sancrosanct.

The coordinator congratulated the people of the area,Kogi state for witnessing this year’s event,and prayed for more years on the surface of earth. 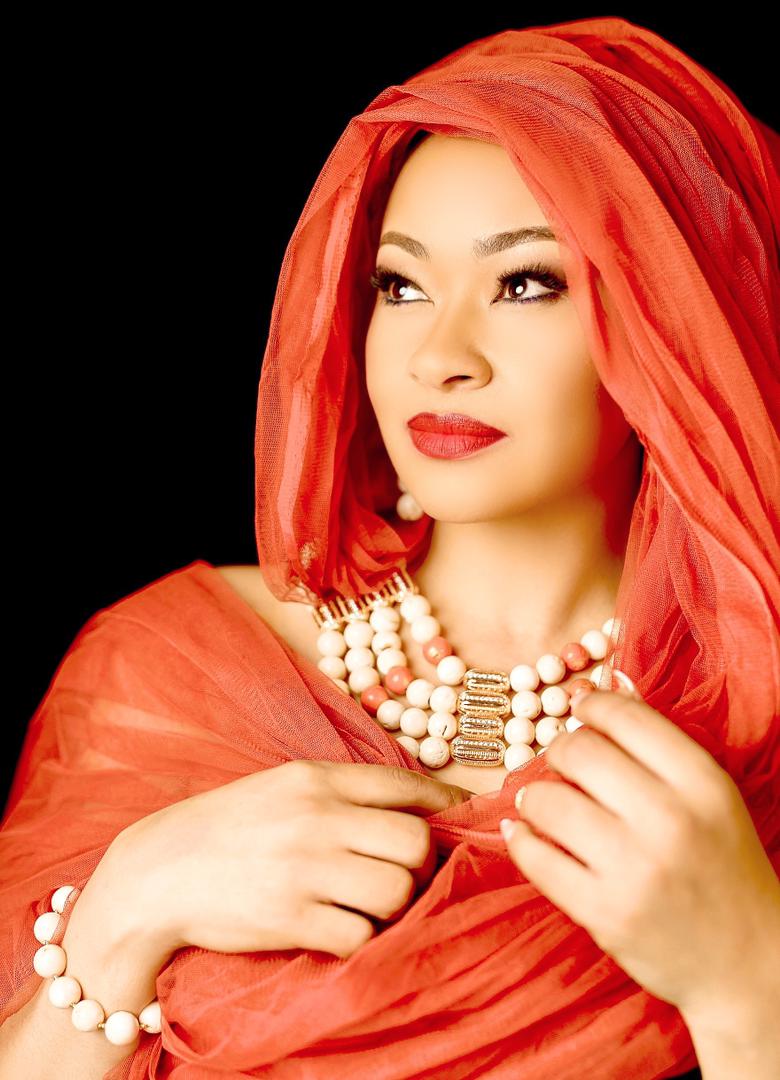 As muslim faithfuls all over the world marks this year’s end of ramadan fasting with eid al-fitr celebration, the former governorship candidate of the social democratic party in Kogi State, Barr.

Natasha Hadiza Akpoti felicitates with them on this special occasion.

Akpoti in her message, urged Muslims all over Nigeria to use this special occasion to seek for devine intervention on the deplorable security situation of the country while preaching unity and tolerance among faiths.

“I felicitate with our Muslim brothers and sisters in Nigeria and all over the world on the occasion of eid al-fitr which marks the end of ramadan fasting. Let us use this special occasion to pray for God’s intervention on the deplorable state of our nation while ensuring unity and tolerance among different faiths.

May Allah bless our homes and nation with happiness, peace and prosperity on this special occasion. Happy eid al-fitr!.” Akpoti said.