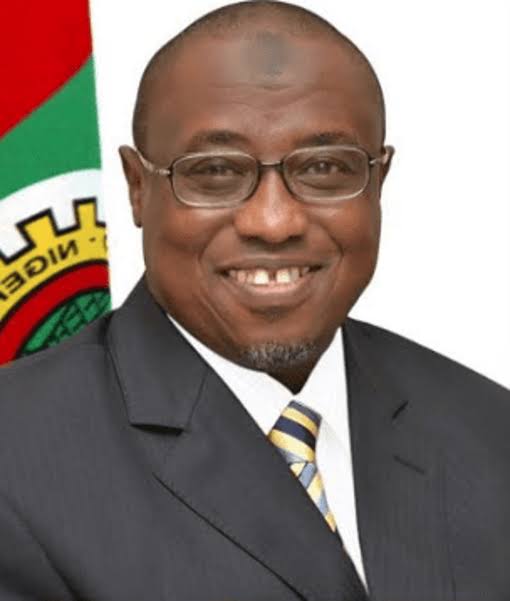 The former GM of NNPC group Dr Maikanti Baru he passed away this night, with details yet to be release, his close aide make the announcement through his Facebook page .

Maikanti Kacalla Baru is an indigene of Misau, in Misau Local Government of Bauchi State. He obtained his West African School Certificate in 1978 with Distinction Aggregate 06 from the Federal Government College, Jos and later bagged a First Class Honours in Mechanical Engineering from Ahmadu Bello University, Zaria in 1982. He also attended the University of Sussex, United Kingdom where he graduated with a Doctor of Philosophy in Computer Aided Engineering in 1987.

Between 1988 and 1991, he held various positions at the Jos Steel Rolling Company Ltd. including Head, Corporate Planning and Electrical Departments while also serving in several Committees in the Company. He started his NNPC career as the Engineering Manager National Engineering and Technical Company Limited (NETCO) from May to November 1991. He became the Manager, Operations of Procurement Management Services (PROMAS) from 1991 to 1993 where he saved the Corporation over $70 million in six months of operation. Thereafter, he served in the National Petroleum Investment Management Services (NAPIMS) as the Manager Gas Department for four years and in 1997, he was appointed General Manager, Gas Development Division and during his stewardship of the Joint Venture Gas Projects, the Divison saved over $575 million through project costs optimisation. In July 1999, he was appointed as the Executive Director, Operations of the Nigerian Gas Company, Warri where he was responsible for the smooth operation of all the facilities in the Nigerian Gas Company including uninterrupted gas supply to customers such as NEPA.

Dr. Baru was NNPC’s Chief Technical Negotiator on the West African Gas Pipeline project from July 1999 to April, 2004. He was appointed as the Managing Director of Hyson (Nigeria) Limited in April 2004 and under his stewardship; Hyson was introduced into the domestic LPG business and grew rapidly raking in profits of N24m in 2004, N164m in 2005 and N400m in 2006. From December, 2006 to September 2007, Dr. M. K. Baru was the Group General Manager, Greenfield Refinery Projects Division where he was tasked with the smooth execution of the feasibility study, design, construction and operation of new refineries in Nigeria.

He also contributed in the development of strategies for the deregulation of the Downstream Sector of the Nigerian Oil and Gas Industry. Following his good work there, he was appointed in September 2007, as the Group General Manager of the National Petroleum Investments Management Services (NAPIMS) where he effectively supervised the Nation’s investment in the upstream of the Nigeria’s oil industry. This covered the six joint ventures, sixty-two production-sharing contracts and other ad-hoc assignments in the Upstream Sector. Till his appointment as the Group Executive Director, Exploration and Production in August, 2015, Dr. Baru was the Group General Manager LNG Investment Management Services (LIMS). In the LNG Division, he handled all the technical, commercial and administrative aspects of the LNG Investment Businesses.

As the Group Executive Director, Exploration and Production, his expanded role covered not only the Exploration and Production Directorate but also the old Gas and Power Directorate. In March 2016, he was appointed Technical Adviser (Gas Matters) to the Minister of State for Petroleum Resources and on July 4 th 2016, President Muhammad Buhari, GCFR appointed him as the 17 th Group Managing Director of the NNPC.

Dr. Baru chaired the NNPC Anti- Corruption Committee for four (4) years from 2004 to 2007. He has shown academic excellence over the years winning various prizes such as the Shell BP Petroleum Prize for the Best Final Year Mechanical Engineering Student and the Lever Brothers Prize for the Best Final Year Mechanical Engineering Investigation Project at the Ahmadu Bello University, Zaria in 1982 as well as taking the prizes for the best Technical Drawing and best Mechanical Engineering Student in Parts I and II in 1980 and 1981. This was consistent with his earlier records as the best student in Forms I – V in the Federal Government College, Jos.

Remember that he had three grades ‘A’ in his ‘A’ Level Examinations in Physics, Mathematics and Chemistry in School for Basic Studies, ABU Zaria in 1979.  He has also attended prestigious Institutions such as the Harvard Business School, Boston; College of Petroleum and Energy Studies, Oxford; Columbia University Business School, New York; the Stanford University’s Graduate School of Business; Wharton’s Aresty Institute of Executive Education, Pennsylvania University, USA; IMB, Lausanne, Switzerland; amongst others. As the GMD NNPC, Dr. Baru has won several awards which include the 2016 Honourary Award of the Nigerian Association of Petroleum Explorationists (NAPE) to commemorate his conferment as Honorary Member of NAPE; the 2016 Achievement Award of the Society of Petroleum Engineers (SPE) Nigeria Council for his Outstanding Contributions to SPE Nigeria as well as the 2017 Award of Excellence of the Petroleum and Natural Gas Senior Staff Association of Nigeria (PENGASSAN) in recognition of his Resourcefulness and Responsiveness to Labour and Industrial Relations Issues in the Nigeria Oil and Gas Industry. He was also crowned as the Local Content Champion in 2016 by Petroleum Technology Association of Nigeria (PETAN).

At the same time, the Corporation under his watch has received so many laurels, some of which include the PETAN Appreciation Award for the promotion of the growth of Nigerian Companies and Entrepreneurs in the Petroleum Industry through the sponsorship of Nigeria’s participation at the 2017 OTC; the PETAN 2017 Oil and Gas Industry Award in recognition of the Corporation’s aggressive exploration campaign in the Benue Trough and the Chad Basin as well as the Diamond Award in recognition of NNPC’s support and contribution towards the success of SPE’s Nigeria Annual International Conference & Exhibition (NAICE) 2017.

Urge The Minister To Open Up Al-Mohass-Old Kutunku Roads Residents of Old Kutunku in Gwagwalada area council has appeal to the Minister of State, Federal...
Read more
Nation

Abuja communities have begun to lament as a loaf of bread now sells for N650 while other brands of bread sell between N500 and...
Read more
News

Zulum mourns Col. Bako, says sacrifices by soldiers’ not be in vain

The people of Borno mourn the death of Col. D.C. Bako, Commander of 25 Task Force Brigade of Operation Lafiya Dole, while sacrifices by...
Read more
- Advertisment -

The Court of Appeal of Nigeria has established the Election Petition Tribunal and also constituted a panel in respect of the Governorship Election conducted...
Read more

Urge The Minister To Open Up Al-Mohass-Old Kutunku Roads Residents of Old Kutunku in Gwagwalada area council has appeal to the Minister of State, Federal...
Read more

There is no doubt God spoke through the people of Edo state on saturday. The phrase, “Vox populi, vox dei”, found meaning in that...

Edo 2020: Court Of Appeal Sets Up Panel For Election Petition...

There is no doubt God spoke through the people of Edo...