Breaking: Group Blasts Abu Ibro Describing Him As An “Enemy Of Kogi State 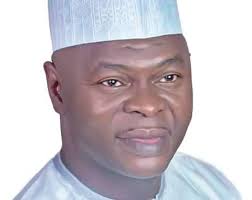 Coalition Of Kogi Likeminds in the United States Of America ( USA ) has described the son of the Former Governor of Kogi State, Abu Ibro as “an enemy of Kogi State”.

The Association made this pronouncement on her official group WhatsApp while reacting to the move by Abu Ibro to continue needless litigation against Engr Musa Wada, the flagbearer of the People Democratic Party ( PDP ) in the last November 16 2019 Kogi gubernatorial election.

In a unanimous reaction by the National Chairman of the Association and its National Secretary, Mr Frederick Attah and Dr Sunday Osundare, the group expressed shock while Alhaji Ibro’s son will continue litigation against the Candidacy of Engr Musa Wada despite the fact that the court of Appeal has earlier ruled that Engr Musa Wada was/is validly elected by PDP to flag the party’s flag.

In a follow up reaction, Mallam Suleiman Oyiza, the Treasurer of the Association noted with great dismay that Abu Ibro is truly one of the notable enemies of Kogi State stressing that, Ibro his Father has ruled the State for nine good years and instead of being grateful for that “over Stay” in Lugard House, Ibro’s family is still asking for more.

Earlier, Member of the Association, Mr Charles Odoh said, if not for the fact that Ibro was once a Governor, who is Abu Ibro in the first place to bargain for Lugard’s Job?

He added, “this is a guy ( Abu Ibro), who cannot speak any local dialect in Kogi state including his own acclaimed language, Igala but because he feels he can rely on his Father who has constituted himself as a “Political nuisance leader” to the party, Abu Ibro is no where to be found in the scheme of thing in Kogi State. I gathered that even his father couldn’t go home for the last presidential election to vote as he was turned back from Jamata by those he and father now romance with today. I can assure you guys that Alhaji Ibro has ended his political career in shame because of his continuous insistence that ‘it must be his son, Abu Ibro’…. At the end the Supreme Court judgement will cripple his political career till eternity unless they both tender unreserved apology to the good of Kogi State .”

They alleged that, they are aware, how Abu Ibro is doing the bidding of the main Opposition, APC and how he is also using litigation against Engr Musa Wada to bargain for power and share of Kogi looted fund emphasising that, even though Abu Ibro engages the services of nearly all the SANs in Nigeria, he would still be disgraced at the supreme court as they expressed optimism that victory is sure for Engr Musa Wada at the Apex court.

Recall that Appeal Court has earlier unturned the judgement of the lower court which claimed PDP’s primary for the said election was inconclusive ruling that “there was election and according to the party’s constitution, Engr Musa Wada emerged as the winner.