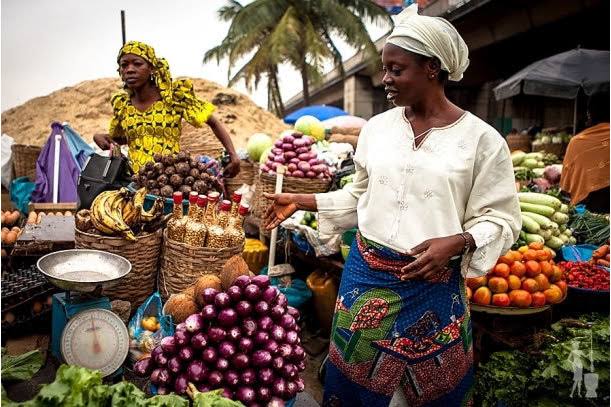 Nigeria has officially slid into its worst economic recession in over three decades, TheCable can report.

According to gross domestic product numbers released by the National Bureau of Statistics on Saturday, the nation recorded a contraction of 3.62 percent in the third quarter of 2020.

This is the second consecutive quarterly GDP decline since the recession of 2016. The cumulative GDP for the first nine months of 2020, therefore, stood at -2.48 percent.

The last time Nigeria recorded such cummulative GDP was in 1987, when GDP declined by 10.8 percent.

According to World Bank and NBS figures monitored by TheCable, this is also the second recession under President Muhamadu Buhari’s democratic reign — and his fourth as head of state. The 1983 recession is, however, not directly credited to him, seeing he took power on the last day of the year.

The 2016 economic recession was as a result of a massive decline in oil prices, and poor management of the currency crisis, experts said at the time.

The 2020 economic recession was predicted across the world as a fallout of the ongoing COVID-19 pandemic, which has affected some of the strongest nations of the world.

The collapse in oil prices coupled with the COVID-19 pandemic is expected to plunge the Nigerian economy into a severe economic recession, the worst since the 1980s, the World Bank had said.

Bill and Melinda Gates Foundation, in its annual Goalkeepers report, said the last time these many countries were in a recession at once was in 1870.

Joachim Macebong, senior analyst at SBM Intelligence, argues that to get back to pre-2020 growth rate, Nigeria needs to reopen its borders and tweak its monetary policy posture.

“The gradual easing of restrictions has enabled some sectors to claw back some of the contractions from Q2, but many of them remain in deeply negative territory,” he said.

“A lot needs to be done to get Nigeria back to even the very modest 2% growth of the period before the COVID restrictions.

“Land borders need to be reopened and the monetary policy posture of the Central Bank must change in order to facilitate any return to positive growth.”

The World Bank estimates that Nigeria’s economy would likely contract by 3.2% in 2020. The country is currently doing better than predicted.

Mother and child have been laid to rest on Friday, January 15, 2021, in her hometown, Ainu Ugboba Ete in Gwer East Local Government...
Read more
Uncategorized

Spokesperson of the Nigeria Police Force, Frank Mba, says security forces in Nigeria are miracle workers due to the severity of challenges they face. Insecurity...
Read more
Uncategorized

2023: Anyone above 65 years should forget about contesting presidency – PDP Chieftain

A chieftain of the opposition People’s Democratic Party (PDP) in Cross River State, Ambassador Ojong Ogbor, has said that the next President of Nigeriashould...
Read more

The secretariat of the Nigeria Governors’ Forum (NGF) has told Governor Yahaya Bello of Kogi state that COVID-19 is real and must be adequately...
Read more

•He’s been linked to a rash of kidnappings of staff and students of the premier university... The Nigerian Police Force has nabbed suspected kidnappers who...
Read more

A 20-year old man, Abubakar Amodu, has been arrested by the police for conspiring with members of a criminal gang to kidnap his father...
Read more
Load more

2023: Anyone above 65 years should forget about contesting presidency –...