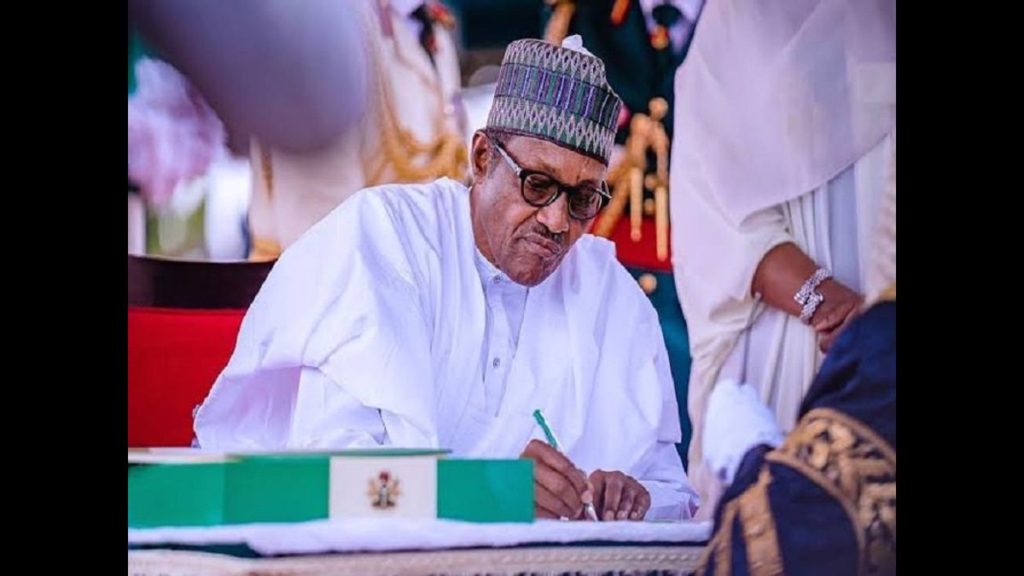 President Muhammadu Buhari has terminated the appointment of Prof. Charles Uwakwe as the Registrar/Chief Executive of the National Examinations Council, (NECO).

Similarly, he has dismissed four other Management Staff of the Council for various offences.

In a Letter dated 11th May, 2020 and signed by the Permanent Secretary Federal Ministry of Education, Arc. Sonny Echono on behalf of the Education Minister, Uwakwe was accused of violating the Public Procurement Act (2007) and pursuant to PSR 030402 and part 1 schedule 4 (i) of NECO Establishment Act.

Part of the letter reads: “after due consideration of the investigative panel on the allegation of unsatisfactory conduct levelled against you and some Management Staff of the Council, Mr. President in exercise of his powers, has approved your removal as Registrar/Chief Executive Officer of National Examinations Council with effect from the date of your suspension from duty”.

The Former Registrar was directed to hand over all Government properties in his custody to the Acting Registrar of the Council.

Also, in another letter with reference NO: FME/S/1419/C.3/T/98, dated 11th May, 2020, and signed by the Permanent Secretary, Arc. Sonny Echono, it’s disclosed that President Muhammadu Buhari has approved the dismissal from service of Four Management Staff for various offences.

The letter stated that “after due consideration of the Financial report of the Review Committee, Mr. President has approved the recommendations as follows”.

“Mr. Bamidele Amos Olure, Acting Director (Finance and Accounts), dismissal from the service with effect from the date of his suspension from office having been found guilty of financial impropriety and not qualified to Head the Finance and Accounts Department”.
Vanguard

The Federal Government has agreed to release N30bn earned academic allowance to the university lecturers. The money will be paid in tranches between May 2021...
Read more
Education

Rivers State Government has adopted the proposal for the remodelling and renovation of Government Comprehensive Secondary School, Borikiri, Port Harcourt. The proposal was submitted to...
Read more
Education

The Minister of State for Education, Mr. Chukwuemeka Nwajiuba has urged members of the Academic Staff Union of Universities (ASUU), to leave the teaching...
Read more
- Advertisment -