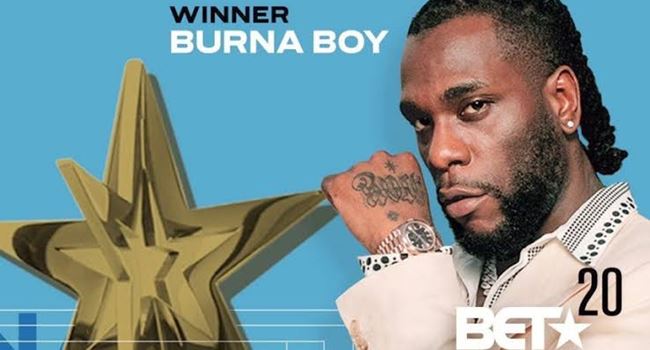 The 2020 BET Awards was held virtually in Los Angeles, U.S. in compliance with the coronaviruspreventive measure directives.

The feat, announced early Monday morning is the second consecutive win as he carted away the highly coveted award in 2019.

“I will like to use this opportunity to say that sometime around 1835, there was admission to turn the nation of Africa into a dominated nation. Now is the time to return and go back to the royalty that we were because in order for black lives to matter, Africa must matter,” he stated in his acceptance speech.