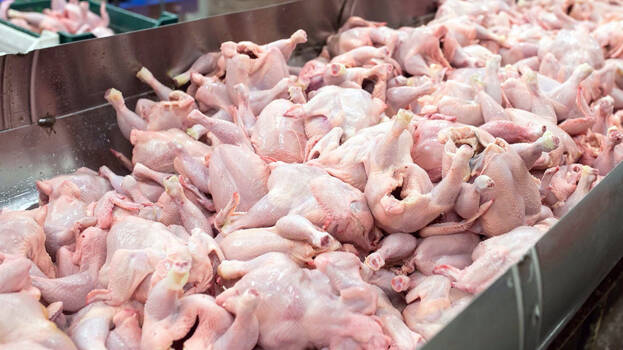 A sample of frozen chicken wings imported from Brazil has tested positive for the novel coronavirus in the southern Chinese city of Shenzhen, authorities said Thursday, the latest in a series of reports of contaminated imported food products.

The coronavirus was detected Wednesday on a surface sample taken from a batch of chicken wings during screening of imported frozen food in Longgang district of Shenzhen, the municipal government said in a statement. Officials did not name the brand.

Health authorities, including the World Health Organization (WHO) and the US Centers for Disease Control and Prevention (CDC), have said the possibility of catching the virus through food is low.

Shenzhen health authorities immediately traced and tested people who might have come into contact with the product, and all results came back negative; all related products in stock have been sealed off and tested negative, the statement said.

Authorities are now tracing related products from the same brand that have already been sold, and have disinfected the area where the contaminated chicken wings were stored.

The Brazilian Association of Animal Protein (ABPA) said in a statement that it is analyzing the incident and reiterated that “there is no scientific evidence that meat transmits the virus.”

“It is not yet clear when the packaging was contaminated, and whether it occurred during the export transportation process,” ABPA added.

The Brazilian agriculture ministry released a note stating that it has not been officially notified by Chinese authorities of the incident.

Brazil has so far reported more than 3.1 million coronavirus cases, the second highest in the world after the United States, according to Johns Hopkins University’s tally.

News of the contaminated chicken wings comes a day after coronavirus was found on the packaging of shrimps imported from Ecuador, another South American country, at a restaurant in eastern Anhui province during a routine inspection, China’s state broadcaster CCTV reported. 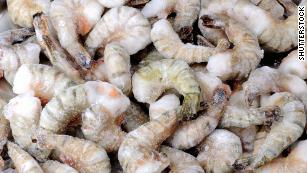 Coronavirus has been detected on the packaging of imported seafood products across several cities in China.

Since July, there have been seven instances where the virus was detected on the packaging of imported seafood products across the country, from Shandong province on the eastern coast to the municipality of Chongqing in the west, according to state media reports.

These incidents have sparked concerns over the safety of imported foods. Chinese health authorities have repeatedly told the public to be cautious about buying imported meat and seafood. On Chinese social media, some have called for the suspension of all frozen food imports.

‘No evidence’ of food transmission

The WHO says it is “highly unlikely that people can contract Covid-19 from food or food packaging.” According to the CDC, the risk of infection by the virus from food products, food packaging, or bags is “thought to be very low.”

Both organizations point out that the coronavirus spreads mostly person to person through respiratory droplets when an infected person coughs, sneezes or talks.

While it is possible to catch Covid-19 by touching a surface or object — including food or food packaging that has the virus on it — and then touching your mouth, nose, or possibly eyes, it is not thought to be the main way the virus spreads, according to the CDC.

“There is no evidence to date of viruses that cause respiratory illnesses being transmitted via food or food packaging. Coronaviruses cannot multiply in food; they need an animal or human host to multiply,” the WHO says.

David Hui Shu-cheong, a respiratory medicine expert at the Chinese University of Hong Kong, said the imported food products that tested positive in China were almost certain to have been contaminated during packaging.

But he said it doesn’t necessarily mean that they’re infectious — the nucleic acid tests could be picking up the RNA of dead virus. These remnants of the virus are known to have caused false positive results on patients who have recovered from the coronavirus, such as in South Korea.

If the virus taken from the food products can be grown in labs, however, then they are infectious, he said, adding that the coronavirus can survive freezing temperatures and still be active when thawed.

Chinese authorities have increased screening of imported meat and seafood products since June, when a coronavirus outbreak in Beijing emerged from the city’s largest wholesale food market. 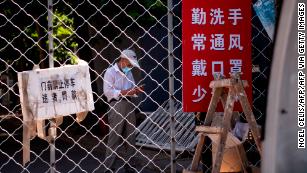 State media reported at the time that the virus was discovered on a chopping board used for imported salmon at the market, prompting supermarkets in the Chinese capital to remove salmon from their shelves.

But officials at the Chinese Center for Disease Control and Prevention have tried to allay concerns. “We cannot conclude that salmon is the source of infection just because novel coronavirus was detected on a chopping board of a seller,” Wu Zunyou, chief epidemiologist at the Chinese CDC, told the Central Commission for Discipline Inspection.

Wu said the chopping board could instead have been contaminated by an infected owner or customers, or other products that carried the virus.

In July, a fresh coronavirus outbreak in the city of Dalian in northern China’s Liaoning province waslinked to a seafood company, which processes both imported and domestic seafood.

The Court of Appeal of Nigeria has established the Election Petition Tribunal and also constituted a panel in respect of the Governorship Election conducted...
Read more
Load more