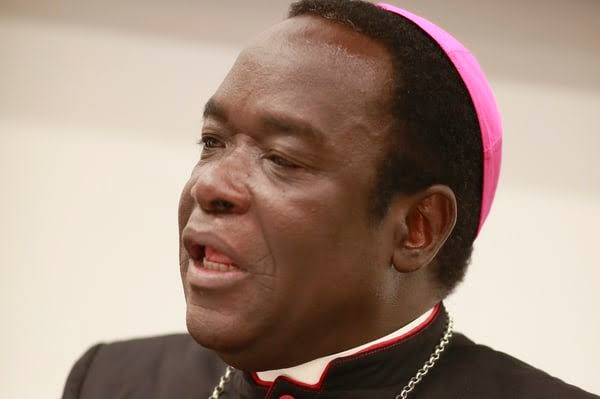 The Muslim Solidarity Forum has called on the Bishop of Sokoto Diocese, Bishiop Mathew Kukah to tender unreserved apology to the entire Muslim Ummah over his recent “malicious comments” against Islam.

Addressing a press conference on Tuesday, the acting chairman of the Forum, Professor Isa Muhammad Maishanu. maintained that Kukah’s statements were capable of breaking the age-long peaceful coexistence among religious faithful in the country.

Our intention at Muslim Solidarity Forum is not to hold brief for the President, as he has those who are paid to do that; rather our concern is the image and reputation of Muslims, which Mr Kukah finds pleasure in attacking without an iota of caution, and by referring to him [the president] as a Muslim, that automatically brings all Muslims [into] the issue.

“The Bishop has a penchant to speak in parables and innuendos.

“His reference to a people who possess ‘a pool of violence to draw from’ no doubt is a reference to those he has always characterized with violence – the Muslims. This is a serious provocation.

“He even has the guts to say the killings we are witnessing in Nigeria are part of a grand religious design! Religious? Who are the victims of the killings?

“What religion do they profess? Is it not a fact that over 90 per cent of those being killed are Muslims?

“Who is behind the so=called design?” he asked.

“These callous statements are unbecoming of someone who parades himself as secretary to the National Peace Committee and a member of Nigeria Inter-Religious Council (NIREC).

“As such, we call on Kukah to immediately stop his malicious vituperations against Islam and Muslims and tender unreserved apology to the Muslim Ummah or else quickly and quietly leave the seat of the Caliphate, as he is trying to break the age-long peaceful coexistence between the predominantly Muslim population and their Christian guests,” they noted.

The forum added that “The sensible and objective world knows the truth!

“We wonder how Kukah, who lives peacefully and comfortably in the heart of the Sokoto Caliphate, can make such a callous and senseless statement.”

Jihadists aligned with the Islamic State militant group have captured a military base in Borno state after overnight clashes with troops According to AFP, machine-gun...
Read more
Nation