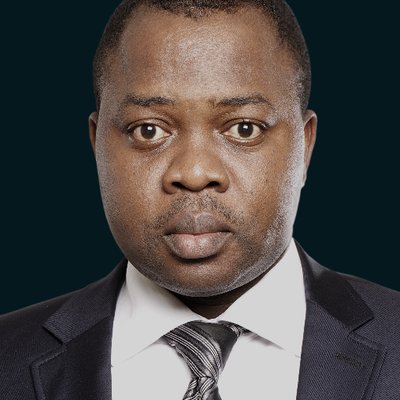 Hushpuppi And A Different Story

In 2002, a “big boy” I was vocationally training on the use of Microsoft Word, Excel and web applications frantically invited me to a meeting with him. At that time, I was running a small IT firm, providing services to SMEs and their owners.
My first surprise was the location of the meeting, miles away from his office & home. Once I arrived, he said: “Jide, this is your chance for us to make money together. You will make money far more than what you have been earning from your computer services.”
I was at once curious. “I want you to design a website that will look exactly like that of a bank I have in mind and connect a satellite phone to it. We will be collecting account details of customers who will be (mis)directed to the website.”
At that introductory stage of his presentation, it felt I was not just in a wrong place; I thought I was in danger. I visually, but more mentally, surveyed where we were meeting and I felt I could be in serious trouble.
But I also didn’t want more details of his phishing scheme, so that when I tell him from a safe distance that I was not interested, he wouldn’t feel I had already known too much about his plans. His proposal had presented someone totally different from whom I had thought I knew.
I eventually ended the meeting at the earliest safe opportunity. Once I had driven far enough from the place, I called him. “.., I thought you knew me. I don’t do the kind of stuff you just discussed. Please, I’m not interested. But be assured, I won’t use or share the info.”
This guy passed on a few years ago after battling a terminal illness. I decided not to disclose his name, to prevent the stigmatisation of the family he left behind. Although I later heard that he was a con artist, I am not aware he was able to execute that phishing plan.
After pondering the issue for months, I decided to do something. I registered financialnigeria.com domain and hosted on it a single web page. On it, I listed all the 89 Nigerian banks at the time. On one side were the publicly-quoted banks and on the other the private banks.
I hyperlinked the official website (URL) of each bank to its name – for those that have. Not every bank had a website at the time. My aim was to provide a web directory that would lead the public to the authentic websites of the banks. This I did as a public service.
Weeks after, a friend contacted me. He was working in the Strategic Planning division of one of the banks. He said he could adapt his weekly summaries of the financial markets – stock, fx, money market – to be published on the website as well. I agreed.
After 3 years of publishing the directory, the reports & short news stories on financial markets, still as a hobby, I received an invitation to attend the Annual Meetings of the IMF/World Bank in Singapore in 2006. I hesitated; but as God would have it, I travelled for the event.
I was a “JJC” in the circle of the Nigerian senior market reporters/editors at the meeting. Rather than integrate me, they even kept secret info about side events held by Nigerian public & private sector leaders — to maintain their influence & ensure the brown envelopes are fat.
On realising this, I settled for as many seminars of the event as possible. In the space of six days, I was initiated into the world of development and finance. That was it. I decided that, on return, I would pivot to a niche publication that specialises on the subject.
Financial Nigeria magazine started in 2008 as a monthly development and finance journal. It has been published every month since then. Many honours have come with it.
As Hushpuppi and his colleagues head to prison by embracing what I rejected, I thought I should write this to encourage people to pursue honest endeavours, fear God, do good and work hard.

Police Distances Self From Magu, Says they are not investigating the former EFCC Boss