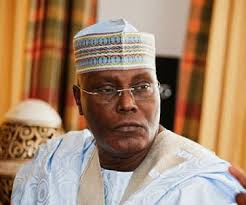 The recent decision by former Vice President Abubakar Atiku to donate N50million towards the coronavirus relief effort of the Federal Government has been criticized as too small by some Nigerians. According to them, the billionaire businessman is in a position to do much more in this moment of crisis.

The former Presidential candidate of the People’s Democratic Party (PDP) in the 2019 election made the donation days after he announced that one of his sons who recently returned from London has tested positive for coronavirus.

As part of the donation, he also suggested to government at various levels to take a cue from other countries and provide financial palliatives to many Nigerians whose finances have been terribly affected by the pandemic.

“At an approximate 30 million households or thereabouts, the government should devise modalities to distribute N10,000 as a supplement for foodstuff to each household, among other palliative measures, with no one left behind,” he said.

Ironically, soon after the letter became public there was a wave of condemnation for his gestures all over social media by people who tried to attach many other uncharitable reasons to his contribution. According to Yomi Olayoriju, Atiku would have spent more than N50million if this were an election period. He added that the former VP is in a position to donate N1billion.

Ayoola Olamide Solanke also towed the same line. According to him, Atiku’s donation can only buy a handful of equipment desperately needed to fight the pandemic.

Umar Wodi Tahir, was more unforgiving in his reaction, he noted that as a billionaire, Atiku was in a position do even more. He stressed that Atiku should be ashamed to make such meager amount as some of it might go into providing care for his sick son. ”you are not ashamed to openly announce such an amount. I believe you are paying for isolation and medical bills of your son.”

Olaginju Similoluwa was even more confrontation as if she has a personal axe to grind with the politician. She noted that Atiku was only returning some of the money he had (allegedly) looted from the treasury. “Atiku N50mwas returned not donated.it is a minute fraction of our money you stole and still stealing from the port and much more. And if your son wasn’t infected, it wouldn’t have some. But all of you chicken will come to roast one by one.”

But it wasn’t all condemnation and criticism for the politician, there was some positive comments. Like this one from Arinze Jideoffor. He tried his best, but as of not money has no much value. What we need are kits and sanitizers. Use the money to buy those kits and give them to trusted organisations, it not they will end up being embezzled.”

Francis Ogude also had some kind words for Atiku, adding that this was not a time to play politics. “At least he has taken the lead. This is not time to politicize every move. Covid-19 does not care what political divide you belong. He should be commended.”

According to Olusola Adaralegbe, “what can other politicians in APC offer since you said this was too small for one individual. For your information, almost all the politicians from Nigeria make their money from Nigeria, including Mr. Integrity.”

The reactions keeping streaming in in their hundreds and it is clear that many of them are inspired by politics. But like some of the respondents have said, this is not time to play politics but to focus on how to defeat a virus that threatens human race.