Director General Of Nigeria’s Lottery Commission, Gbajabiamila, In Multi-billion Naira Fraud, Anti-graft Agencies Yet To Act On Petition Against Him 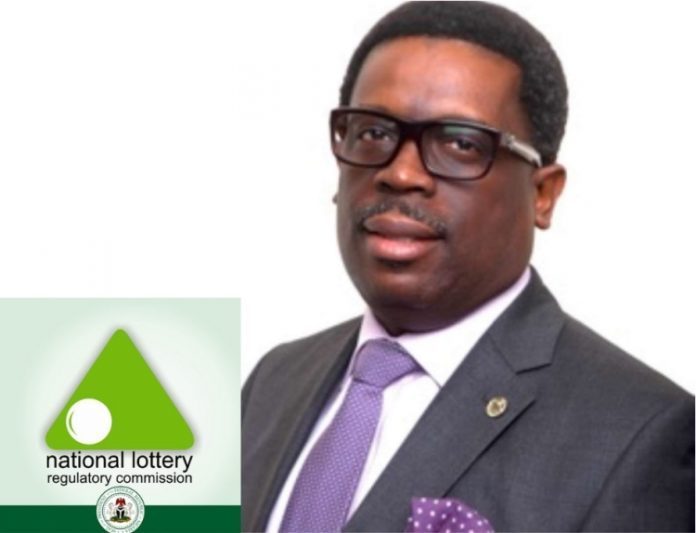 The detailed revelation of the alleged fraudulent activities going on at the commission was contained in a 12-paged query issued to Gbajabiamila by the Governing Board of the National Lottery Regulatory Commission dated December 9, 2019.

The query was signed by the Board’s Chairman, Alhaji Fatai Ibikunle, and six other members.

A copy of the document seen by SaharaReporters followed two petitions against the DG, which was issued by a non-profit organisation, Growth and Development Monitoring Initiative, and a private law firm known as A. T. Yusuf Chambers dated July 13, 2018 and June 11, 2019 respectively.

The documents gave detailed accounts of how Gbajabiamila runs the commission as his private enterprise and expended funds at will from the its Internally Generated Revenue through issuance of various payment vouchers without the knowledge and approval of the Board, the Public Procurement Act, and Bureau for Public Enterprise guidelines.

Documents showed that in 2017, Gbajabiamila expended over N626.7m from the commission’s IGR in contravention of the laws of Nigeria.

Similarly, in 2018 documents showed that he spent N956m from the NLRC’s internally generated revenue.

In 2019, over N827m was spent by the DG of the commission without being budgeted for.

Documents showed that in 2017 Gbajabiamila purchased several operational vehicles worth over N200m without appropriation nor approval and in contravention of the Public Procurement Act.

Also in 2018, without approval from the relevant quarters within the commission, Gbajabiamila bought an SUV worth N70m for his official use – a transaction unappropriated for.

In another instance, a waiver of N39m was fraudulently granted Mobicards International Limited by the Gbajabiamila without cognisance’s to the Governing Board for deliberation and approvals.

On July 2, 2018, over N2m was paid to one “Core Media Services Ltd” for production of television commercials that was never aired as observed by the Board in the document.

Similarly, on October 26, 2018, over N11m was spent on non-existent media adverts on behalf of the commission on TV stations.

The NLRC under Gbajabiamila was alleged to have made contract splitting a norm as a viable means of beating his Bureau of Public Procurement threshold of less than N2.5m for consultancy services and N5m on works as stipulated in Federal Circular issued on January 14, 2016.

In one of such instance, on July 5, 2018, two contracts totalling N4,037,300 were awarded to Core Media Services on the same day in a clear case of contract splitting.

The DG has allegedly been raising vouchers and paid mind-boggling amounts to his staff and aides in the name of Duty Tour Allowances, travelling allowances and “oversight function” to state offices.

The Board questioned the capacity under, which the said officer carried out the oversight and the justification for raising payment vouchers in her name even when she was still under probation.

A few days to the end of 2018, specifically between December 27 and 28, 2018, the commission made transfers worth N14m to the personal accounts of staff as “travelling allowances” but these monies always finds their way back to the approving authorities in cash.

The commission has through various voucher payments claimed to have paid millions of naira as cost of hosting Board meetings, DTA, travelling allowances and accommodation for the Board chairman and his member, a claim which the Board faulted in the document.

Some heads of unit in the Accounts Department of the commission have also been indicted in the scandal.

For instance, on November 26, 2018, the Head of CPO Unit, checking unit and other charges discovered seven different transactions totalling N15m as DTA claims paid directly to their various accounts.

Similarly, monies totalling over N14.6m have allegedly been disbursed to the Senate Committee Chairman and some members of House Committee on Sports under the guise of “Senate House Committee Settlement” for DTA and oversight functions.

Another case was the commission’s award of contract worth N60m to Quantech Technology Service and another N50.7m to Double T. Consult Ltd in gross violations of the Procurement Act.

Meanwhile, petitions written to ICPC and Code of Conduct Bureau, which were received were not acted upon.

It was learnt that since Gbajabiamila assumed office as the DG of the NLRC, he has never presented a single payment voucher to the Board for approval as contract splitting is said to have become his “natural habitat”.

Also, no committee in the commission had been allowed by Gbajabiamila to function since he assumed office.

The query, which was issued to the DG on December 9, 2019, directed him to respond to the “weighty allegations” within 48 hours of receipt and failure to do so would amount to acceptance of culpability.

But findings by SaharaReporters indicated that the DG was yet to respond to the allegations brought against him, a situation which the Board is said not to be taking lightly.

However, efforts to speak with Gbajabiamila proved abortive as he did not reply text messages sent to him by our correspondent.

According to Sun News, the Defence Headquarters (DHQ) has reported that 13 suspected Boko Haram members alongside six women and 17 children from Kodila...
Read more
Crime

Twitter user named Zain Ameh has chided Nigerians for having hope in Buhari Presidency. zain Ameh Kaduna based activist disclosed to her followers that a...
Read more
- Advertisment -