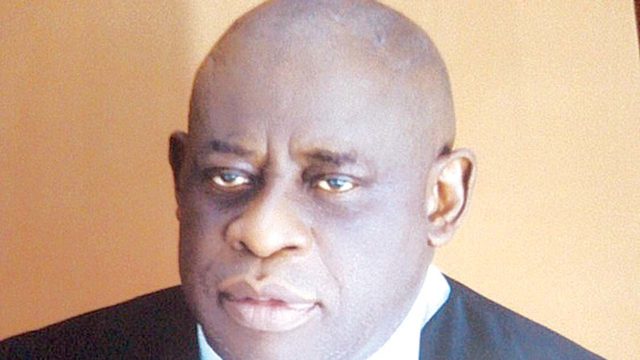 Enugu based Public Affairs Analyst Akpa Francis has urge the former commissioner for youths and sport Mr Ray Nnaji not to be a nuisance and distractor in Enugu State.

He stated this while responding to statements by Mr Nnaji where he stated that Sen. Ike Ekweremmadu cannot be a Governor, Akpa Francis describes the statements as pointless and ineffectual stating that power belongs to God alone and not man.

Akpa Francis also describes Mr Ray Nnaji as politician who cannot influence any political direction anywhere, he is among the self proclaimed politicians in our dear state who has nothing positive to offer except creating unnecessary propaganda for their selfish gain, I urge Ndi Enugu to always disregard whatever comes out from him.

He also reminded him that Distinguished Sen Ike Ekweremmadu has no business with HE Chimaroke Nnamani losing senatorial election, the former Governor lost to Sen Gil Nnaji just like other people who contested, the former Governor was in a wrong party then and immediately he returned to PDP he won election.

He ( Ray Nnaji ) should stop creating issues where there is none, he should stop misleading Ndi Enugu and the general public, Distinguished Sen Ike Ekweremmadu has never had any political problem with former Governor Chimaroke Nnamani till date, it’s unfortunate that a person like Mr Ray Nnaji have decided to always be a distraction in our Enugu State whereby making unfounded claims whenever he feels like, we are yet to understand what he always wish to achieve with all this cheap and petty propaganda.

I recalled early 2019 immediately after General Election same Ray Nnaji started hitting up Enugu State with the issue of who succeed Gov Ifeanyi Ugwuanyi, of which we all know that it’s only a directionnless person will begin such premature campaign as of that time.

“Ray Nnaji should know that Ebeanọ is not a political group or organization but a campaign slogan used by HE Chimaroke Nnamani during his time as Governor, whoever that parades his or herself as a member of Ebeano family is only lying to him or herself, an unfounded group cannot decides who succeed Gov Ifeanyi Ugwuanyi, come 2023, Ndi Enugu State will collectively decides who will lead them and not any group, individual or any form of deceitful zoning propaganda”. -Akpa Francis said.

The National Working Committee of the Peoples Democratic Party (PDP) has come under increasing pressure to declare its position on which of the zones...
Read more
Politics

The Peoples Democratic Party (PDP) has denied claims that the Governor of Abia State, Okezie Ikpeazu is planning to defect to the All Progressive...
Read more
Nation

Governor Bello Matawalle of Zamfara State has said that the Peoples Democratic Party, PDP, is becoming hostile for its members, lamenting over his recent...
Read more
- Advertisment -