Home Crime Drama As Man Who Caught His Wife Sleeping With His Friend In...
Crime

A photo of a man who took a selfie after he caught his wife and his friend having s3x in their matrimonial home has gone viral.

Twitter user, @oluwatayorhoda who shared the photos alleged that the man took the selfie for his in-laws after he caught his wife in the act.

“Lol so this guy found his wife sleeping with another man in his place and took a selfie for the in-laws, I stan” 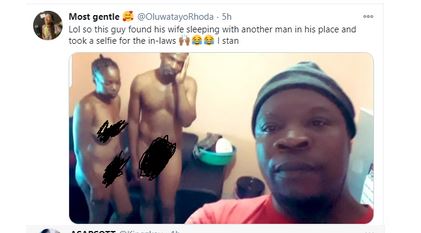 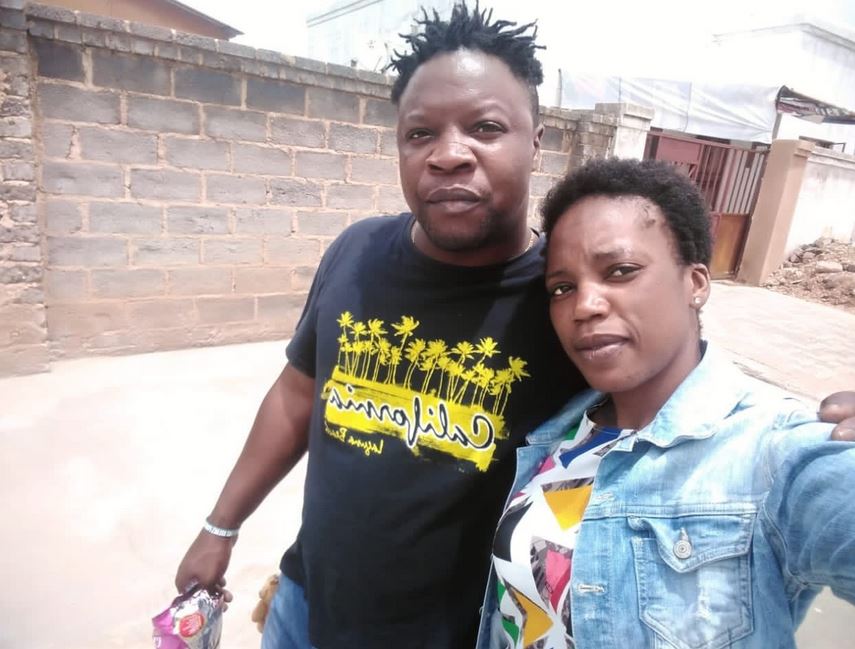 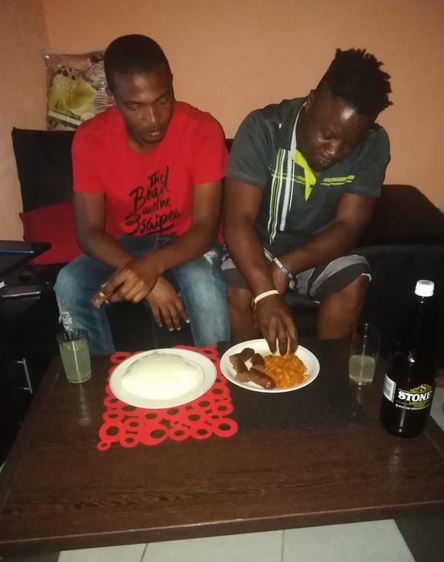 And the irony is that the one  sleeping with his wife happened to be his best friend that they do eat together .

Gunmen suspected to be bandits have abducted 18 police officers around Farin-Ruwa junction along the Birnin Gwari- Funtua road in Kaduna State. According to SaharaReporters,...
Read more
Crime

some dangerous bandits have kidnapped seven children of Alhaji Gyare Kadauri Sani, the factional Chairman of the All Progressives Congress in the Maru Local...
Read more
- Advertisment -