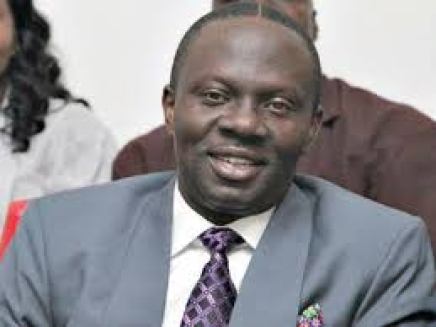 Senior Special Assistant to the Deputy Governor of Edo State on Media, Mr. Benjamin Atu, has dismissed the claims of political relevance by Prince Kassim Afegbua in the forth coming September Edo Governorship election, accusing him of seeking an excuse to further craft his evil epistles against Governor Obaseki and describing him as nothing but a mole in the PDP, who should be suspended immediately for his unguarded, self- serving utterances.

Mr. Atu lambasted Afegbua, a former Special Adviser on Media and Communication Strategy to Adams Oshiomhole and later Commissioner for Information and Orientation in the same Oshiomhole administration, for questioning the process through which Obaseki emerged as the candidate of the PDP.

In a statement made available to Media, responding to the allegations made against Governor Obaseki and the PDP, Atu said that, “Kassim Afegbua was neither an aspirant nor a sponsors of any PDP aspirant, adding that he is a mere member of the PDP who is expected to follow the direction of party leadership.

“The leadership of PDP at the National, State and Local Government levels in Edo State collaborated with all aspirants in the state and in their collective wisdom, took a decision for the interest of the party.

As a party man, Afegbua rather than questioning constituted authority,
was expected to align himself with the party decision, went ahead and publicly declare that he was going to vote for the opposition, is a clear case of obsessiveness with Ize-Iyamu and whatever he has been promised, taken too far”.

Wondering why Afegbua wanted to be consulted specially by the hierarchy of the party before the decision of accepting Obaseki into its fold, the media Aide to Edo Deputy Governor said that Afegbua was only seeking unnecessary political relevance and the earlier he humbled himself to support Governor Obaseki the better for him.

“The action and unguarded utterances of the former Edo Information Commissioner, has dethroned him from the high regard and esteem with which the current party leadership and members regard him in the PDP.

“He had hoped that his vicious verbal public betrayal of the PDP, while singing the praises of Ize-Iyamu and dressing him in borrowed saintly robes, would convince his new paymasters beyond reasonable doubt of his commitment to their cause, but his timing was completely off target.

“It is even quite strange and surprising that this same Afegbua, during his tenure as Edo State Commissioner for Information, had openly told the then PDP governorship aspirant, Osagie Ize-Iyamu, to sort out his problems with the Economic and Financial Crimes Commission (EFCC) and urged same Ize-Iyamu to be more concerned about defending the charges leveled against him, on alleged N700 million campaign funds collected by him to prosecute the re-election of former President Goodluck Jonathan, instead of displaying crass ignorance of the workings of government and modern development, should now turn around and describe the same Ize-Iyamu in flowery words that will make him smell like a rose.

It is shameful to have leadership that make U-turn and eat their words after collecting peanuts to further his own interest. Afegbua is on his own and speaking for himself and not for the public.

“Infact, the same Afegbua, when he was decamping to PDP, accused Oshiomhole of godfatherism and of neglecting to provide any infrastructural development to Okpella, his community, and while praising the PDP for showing more empathy and concern for his people, especially the flood victims, even warned Oshiomhole to give Governor Obaseki a free hand to provide good and quality governance for Edo State and deliver the dividends of democracy to Edo people. It will not be surprising therefore, if people conclude that everything Kassim Afegbua has done is just to further his own selfish interest.

“He was never a committed PDP member. A faithful and committed party man will not be boasting about commiting anti party activities with such confidence and authority.

“If indeed he was loyal to Ogbeide as he claimed, he would have abided by his open appeal, which the young, courageous politician and Reps member had made in the overall and collective desire to consolidate party unity and ensure ultimate victory in the guber polls.

“How can a man who has never even won his own ward in any election be accusing the distinguished politician popularly known as the ‘rice man’, Barr. Kenneth Imasuangbon, of swallowing his misplaced pride? That is an unguarded utterance from Kassim, which has simply exposed his shallow knowledge of the phenomenal pedigree of Barr. Imasuagbon in the political calculus of Edo State and Nigeria.

“How could Kassim Afegbua even be accusing the Rt. Hon. Omoregie Ogbeide-Ihama and Engr. Gideon Ikhine, both successful, accomplished professionals and outstanding party men, who have not only won elections and also worked assiduously for victory of party candidates, of collecting peanuts from Obaseki to trade off their ambition.

Afegbua himself is aware that no financial exchange took place for any aspirant to step down. Both men, as well as the ‘rice man’ worked vigorously and campaigned comprehensively across the length and breadth of Edo State but when the greater interest of the party became prominent, they all openly said so that the interest of the party reigned supreme and all embraced Godwin Obaseki and joined hands with on the podium not only to signify the family unity in the PDP, but ultimately for the glory and betterment of Edo State going forward.

“Kassim has made himself a laughing stock in Edo State because Ogbeide-Ihama is a younger brother to Godwin Obaseki and his action was voluntary. Ogbeide Ihama is a made man and outstanding professional from a prominent family dynasty in Bini kingdom. He is a well respected law maker and his integrity is valuable to him and should not be dragged into this uncultured style and strong arm tactics of Afegbua, which can only lead a predictable end.

He described Kassim Afegbua utterances as a tale created by the former Oshiomhole media adviser and commissioner, to divide one section of the PDP in the State against the other and advised Edo people to disregard the lies which Kassim Afegbua is spinning in his desperation to muddy the waters ahead of the September election.

“The good people of Edo State should disregard the wild, reckless and selfish utterances of Prince Kassim Afegbua. There is nothing he will say that can change the fact that Ize-Iyamu has a sordid past and he has now become a hostage of his past. It is obvious that his unguarded utterances were the product of an obsessive, selfish ambition and desire which motivated him to so brazenly and publicly betray his own political party, where he occupied the exalted position as the spokesman of the Presidential Candidate and the party as a whole. Even recent happenings in the APC he wants to align with, has shown that the people he has sold his reputation and respect for, do not even trust him in his own constituency.

“Governor Obaseki has proven himself to be a man of integrity and a leader who cares more for the interest and welfare of Edo State and Edo indigenes and residents. His mandate is the mandate of Edo people because the voice of the people is the voice of God”. Benjamin Atu declared emphatically.

2023 Presidency: Southwest is ready to take over from Buhari, Says ARG