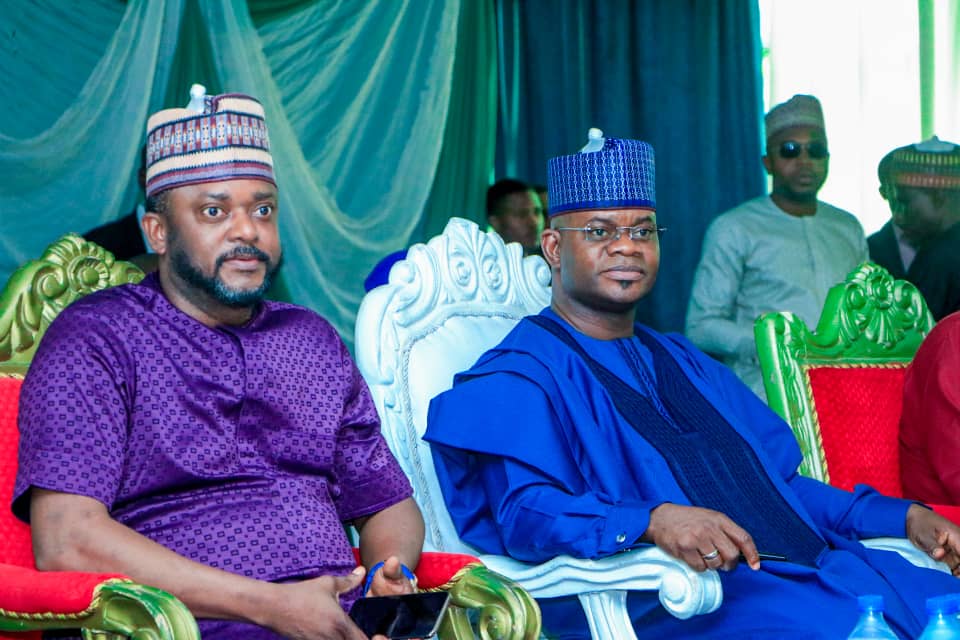 Following his inglorious disregard for the exalted stool of the Atta Igala and the person of HRM Idakwo Michael Ameh Oboni II in the recently stage-managed and sham AGM and Award Ceremony by the discredited and dissolved NEC of Igala Cultural Development Association (ICDA), information has it that the Deputy Governor of Kogi State, His Excellency, Mr.

Edward Onoja  has rushed to his Principal, Governor Yahaya Bello to blackmail the Paramount Ruler of Igala Kingdom.

According to insider sources, Mr. Onoja told Governor Bello that HRM Idakwo Ameh Oboni II, in cahoot with some Igala personalities that do not wish him well are trying to remove the ICDA Executive that assisted the duo to “win” the last gubernatorial election in the State and replace them with people that will work against Governor Bello’s government.

By this, His Excellency Mr. Edward Onoja seeks to pitch the Paramount Ruler again the governor. Nothing can be further from the truth as those who know Mr. Onoja, including lately, his Principal know that no mischief and character assassination for personal gains and ego is beneath his occupation and energy. For the records, the NEC and BOT of the defunct Igala socio-cultural association have been at daggers drawn since the inglorious hegemony of certain characters that claimed to have revived the comatose association ravaged perpetually by internal dissent, intrigues and bestial litigations. They proceeded to share top and juicy posts among themselves and co-opted ‘yes’ and mean men into their folds, especially the so-called NEC. Both the ICDA NEC and BOT held out as representatives and voices of the Igala people thence.

However, things began to fall apart soon and the center could not hold when contending individualistic interests began to take center stage. Many discerning Igala leaders and concerned compatriots began to question the motives of the ICDA and wondered how those that were portraying themselves as leaders of the association emerged. Majority of Igala people, particularly questioned the inglorious influence of His Excellency Mr. Edward Onoja on ICDA, through the leadership of the NEC, fearing that he had surreptitious plans to hijacked it for political purposes. The NEC discounted this observation even though concerned Igala compatriots were hearing the voice of Jacob but feeling the hand of Esau.

They were however, vindicated during the November 2019 Gubernatorial election in Kogi State when ICDA was not only partisan contrary to its core objectives, but its NEC members participated actively by using the platform to support the political interests of Mr. Edward Onoja. The election came and went and the ICDA NEC was neither questioned nor sanctioned by anybody. Rather, most Igala people including some BOT members cautioned the ICDA NEC against future involvement in partisan politics; admonishing that where it is unable to further Igala cause, it should remain neutral and allow contending parties to settle their scores among themselves.

However, the ICDA NEC began surreptitious moves to promote the 2023 gubernatorial agenda of His Excellency Mr. Edward Onoja, basking in the euphoria of its feat in 2019. It disregarded the admonition of the BOT to stay out of partisan politics and in order to silence the voice of opposition, hastily arranged a sham AGM cum award ceremony to remove dissenting voices on the BOT and populate it with yet another set of ‘yes’ men and political jobbers at the behest of Mr. Onoja. The BOT requested the ICDA NEC to postpone the AGM until certain issues were resolved but it was hell bent on executing the orders of their Pay Master and Political godfather.

Based on this, the BOT Chairman and some of his members approached HRM to report the NEC, praying that HRM supports the BOT to sanction the errant NEC. But in his fatherly wisdom, HRM Idakwo Ameh Oboni II told the BOT members that he has received a lot of complaints from the Igala public about in-fighting and backbiting between the NEC and BOT. Consequently, he directed that the ICDA NEC suspended the proposed AGM and Award ceremony until certain contending issues are resolved.

He directed further that all the members of ICDA NEC and BOT should step aside temporarily to enable amicable and impartial resolution of all contentious issues between both parties. While the BOT complied with the Royal directives, the ICDA NEC emboldened by His Excellency Mr. Edward Onoja boasted that ICDA that credits itself as harbingers of cultural and developmental aspirations of Igala nation is not answerable to the Attah Igala. What an abomination! It went ahead to hold a kangaroo AGM and award ceremony, after dubiously circulating a forged letter purportedly emanating from Gabaidu counterminding his previous directives to suspend it.

Of course, His Excellency Mr. Edward Onoja, in his vaingloriousness will not be happy with the cold shoulder the contraption received from majority of Igala people that shunned the event. Hence, the only way he can extract a pound of flesh is to hurry to his Principal with loads of stinking blackmail directed at Igala’s Royal Stool.

But we wish to assure His Excellency Mr. Edward Onoja that his Principal knows him for whom he is very well. Governor Yahaya Bello as a properly brought up Ebira man is not known to have disrespected or disregarded the Royal Stool of Anebira. He will therefore take the putrid blackmail of his inordinately ambitious deputy with a pinch of salt. Let it be known to Governor Yahaya Bello if he has not realised it already, that Mr. Onoja has caused colossal political damage to him already in Igala land.

Therefore, we enjoin him not to allow Mr. Onoja cause further damage to his political currency in the State. As for the gallivanting turf warrior of the moment, we admonish him to tread carefully and allow Kogi State rebuild its natural harmony that he destroyed for vaulting political ambition.

The late sage and Attah Igala, Obaje Ocheje once said concerning Igala land – That he, who kills the land, he also, will the land destroy! A word is enough for Mr. Edward Onoja please. 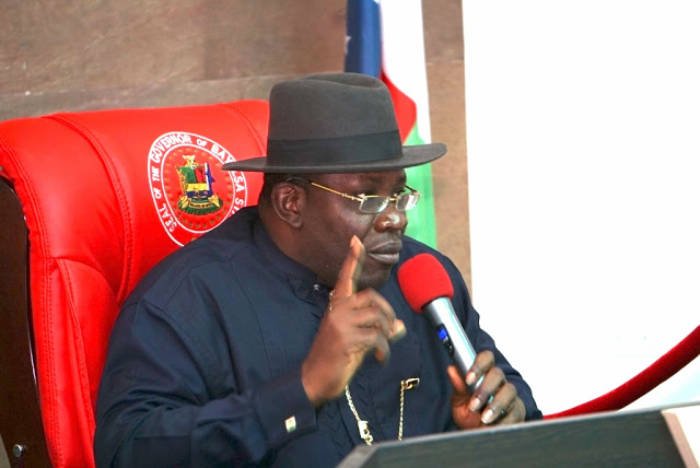 Senenator Seriake Dickson, representing Bayelsa West, PDP, in the National Assembly on Friday said police was not the problem of Nigeria and should not be seen as enemy .

The Force Public Relations Officer, FPRO, Frank Mba in Abuja in a statement on Friday in Abuja quoted Dickson as saying this in Abuja

Mr Mba explained that the former Bayelsa governor made the assertion when he paid a solidarity visit to the Acting Inspector-General of Police (I-G), Usman Baba.

The senator, a two time governor of Bayelsa, said that the visit was in solidarity with the police over the dastardly and criminal acts of terrorism, unprovoked and coordinated attacks on the force.

Mr Dicksom said that the murder of innocent police officers and malicious damage of security assets and other government infrastructure in some parts of the country were condemnable.

The senator called for a cessation of all forms of criminal attack on police and government infrastructure in the country.

He congratulated the new police boss on his appointment as the 21st indigenous I-G and called for proper funding of the Force to enhance its operational efficiency.

Mr Dickson commended the Nigeria Police for doing their best in the face of daunting welfare and operational challenges.

In his remark, I-G Baba commended the Senator and pledged that the force would remain committed and unwavering in its task of protecting lives and property in spite of the numerous challenges. 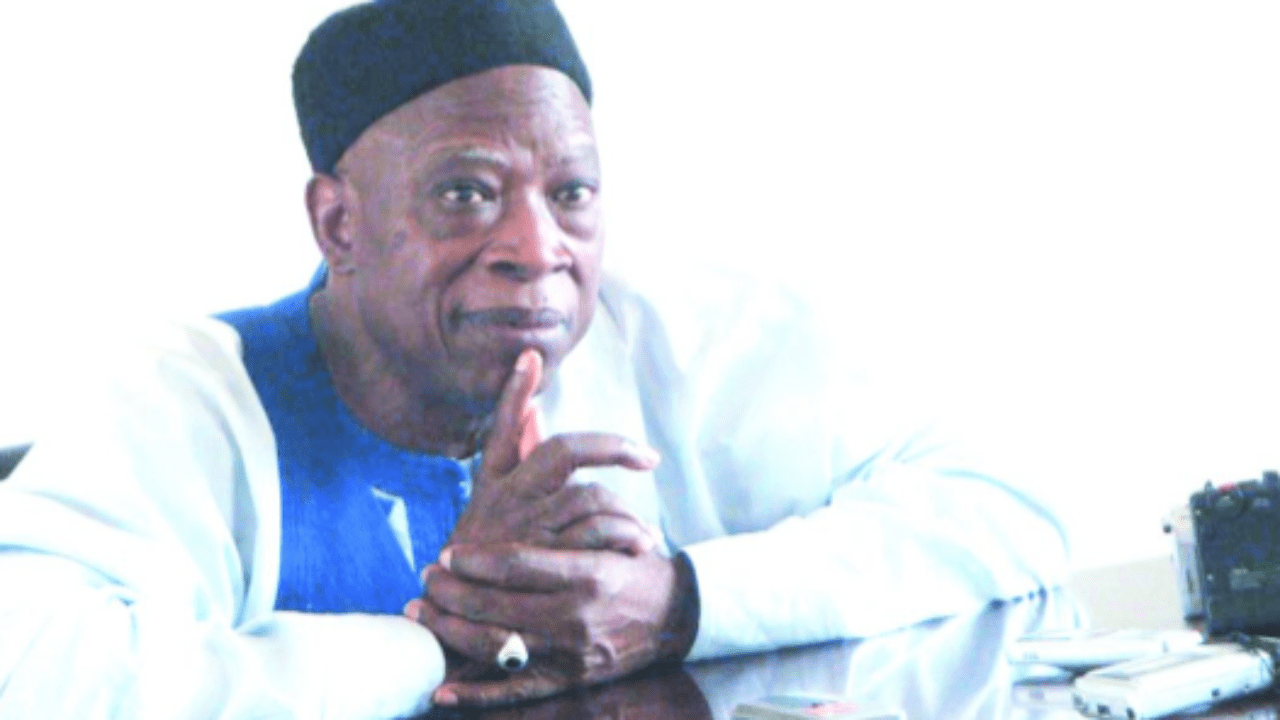 Former Nasarawa State Governor, Senator Abdullahi Adamu has accused the Southern Governors of a ‘betrayal of trust’ after the consensus to outlaw open grazing in the country.

He also accused them of betraying their oath of allegiance to the President of Nigeria.

According to Adamu, “the fact that they have taken a decision as a divisive move does not speak well of their intention. I feel it is a betrayal of trust. I think they are just playing to the gallery.

The former two-term governor of Nasarawa State made the submission on Thursday in Keffi, the state capital during an interview with journalists.

This was in response to the communique issued by the 17 southern governors after their meeting on Tuesday in Asaba, the Delta State capital.

Ripples Nigeria had reported that the Southern Governors Forum at the end of its meeting held in Delta State on Tuesday, May 11, 2021, called on President Muhammadu Buhari to urgently address the security situation in the country and speak directly to Nigerians.

The Governors while banning open grazing in their region, also noted that the activities of armed herdsmen in the southern part of the country is a serious security challenge that needs urgent attention as innocent citizens are being killed and their properties destroyed.

However, Adamu in his reaction said the Governors are only playing to the gallery and have said nothing different.

In order to promulgate the law, the Governors ought to have ensured passage via their respective Houses of Assembly rather than addressing the issue in a public communique.

Adamu said, “While we accept the fact that we have freedom of association and freedom of expression as citizens, they have failed to express their views through the right channel. They are members of the National Council of State. Every governor is a member of the NCS. It also included former presidents who are still living.

What they are saying is not new. Those things have become like broken records, saying the same thing over and over again. Why can’t they come to the appropriate body which is the National Assembly to project their ideas?

They have members in the National Assembly who are representing them, if they have an issue that is so important as that which borders on the constitution of the country, they should go there and express their grievances.

“We would sit, debate it and see how best we can come out of it. There can’t be Nigeria if everyone want to have things happen in his or her own way.

“There is a constitution and there is a framework that we are supposed to operate as governors. To go outside it is a betrayal of their oath of office. Each of them talking there, if you take a look at what is happening in their individual states, they cannot in all honesty and good conscience, challenge Buhari.” 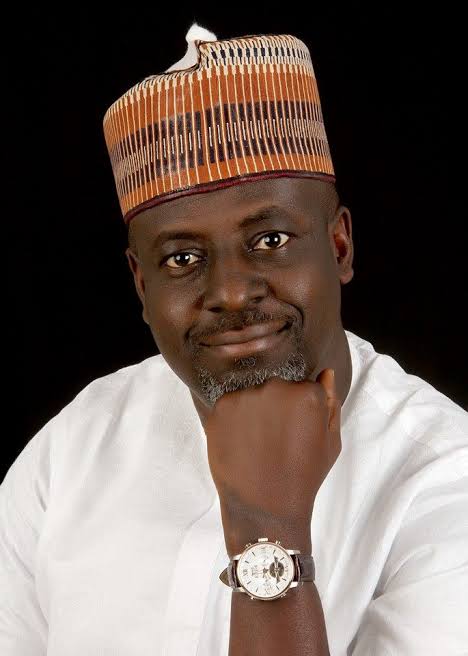