FEAR has gripped residents of Abia state , as security agents intercept truckload of Almajiris from North 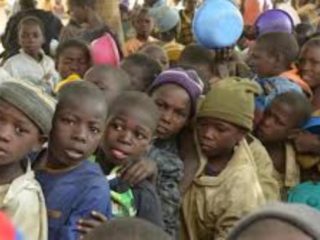 Anxiety in different parts of Abia State following the interception Tuesday of a group of Almajiris loaded in cattle truck on their Way to Abia.

Also read: Nigeria donates 30,000 tonnes of medical equipment, vaccines, $500,000 to Malawi
A release by the Abia Commissioner for Information, Chief John Okiyi-Kalu, explained that overnight, several trucks conveying food items with several almajiris hiding in them were turned back at the same border until the interception on Tuesday.

The Commissioner said that Government has directed that more homeland security agents be deployed to one of the borders with Akwa Ibom State as well following the interception of another truck conveying almajiris alongside goods destined for Akwa Ibom State.

Abia State Government had earlier on Monday alerted citizens that it received intelligence report on the planned movement of a group of almajiris into the state within the next 24 hours.

Some residents of Aba, the commercial hub of the state who spoke to our reporter pleaded with the state government to quickly do the needful to beef up the security within the state especially at the borders.

Mr Jackson Akudiwe said, “Since the news broke out, we’re all jittering because we’ve been hearing that the level of deaths in Kano state was as a result of these Almajiris.

He said “How come they want to shift them into our peaceful and less disturbed state? I thank God that the government uncovered this evil plot, but uncovering it is not enough. We’re also happy that they’ve apprehended some of them and that’s a wonderful achievement. We plead with them to quickly strengthen the borders

Possibly withdraw some compromising police officers and replace them with any other local security here because our policemen are too corrupt.”

Meanwhile, Okiyi-Kalu said that the State government has directed that traditional rulers and TC Chairmen of inter-state boundary communities will be held responsible and sanctioned for any of such unauthorized entry into the state.

He stressed that the government has warned that all necessary lawful measures must be taken to stop the entry of not only the almajiris but also other unlawful migrants.

He added that the measures will remain till the Federal Government-backed inter-state border closure regulation put in place to control the spread of COVID-19 from one state to another is lifted.