Home News Gambari’s success will depend on how he deals with forces around him...
NewsPolitics 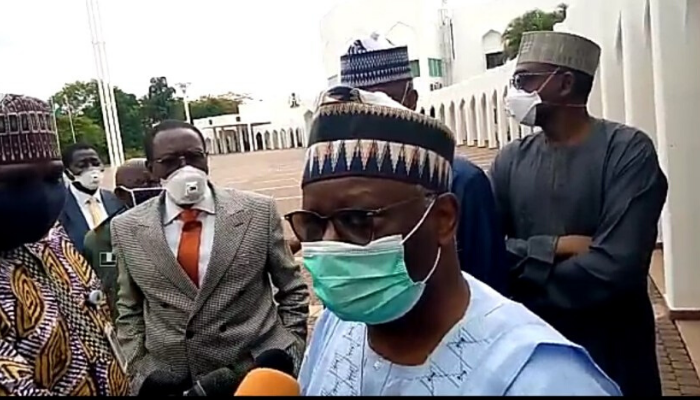 The success of newly appointed Chief of Staff, Ibrahim Gambari, will depend on how he handles the forces around him, analysts have said.

A political science lecturer from Nasarawa State University, Jideoffor Adibe, said that although Gambari’s choice for the position was a good one, stressed that the depth of his duties, and what he does, would depend on what the President allows him to do.

The professor of political science, speaking on Channel TV’s programme Sunrise Today on Thursday, noted that Gambari needs to learn to deal with the forces in the current administration, stressing that this would play a role in his success in office.

While Gambari comes into the office with impeccable credentials, Adibe pointed out that the well-respected professor’s performance will partly depend on how much leverage the President allows him and the jobs he gives the CoS to do.

“Also, it depends on how he is able to deal with other forces around him, been Chief of Staff does not mean that other powers would disappear. How he relates with them may determine how he succeeds,” Adibe said.

Also speaking, on the programme, Muhammed Ladan, Director General, Nigeria Institute of Advanced Studies, said the choice of Chief of Staff was the President prerogative because the person was going to work with him directly.

Ladan said based on his rich credentials Gambari would add value to Buhari’s administration, stressing that since he was well-known to the President, working with him would not be difficult.

“People are just talking, but I think the choice of someone for such an office is the President’s choice even if it is not an office that is constitutionally recognized.

“But it is clear that if you are looking for someone who can add value to this administration, he as them all,” Laden said

Gambari, who resumed work Wednesday as CoS, HAS has promised to be loyal and dedicated to the President while helping him in his bid to fulfill his electoral promises to Nigerians.

Gambari added that his immediate task upon the assumption office is to make sure that the machinery of government runs smoothly while helping the President in his bid to govern the country.

“The style I would be adopting depends on the demand of the office, but it is not about the Chief of Staff; it’s about the President and his office,” Gambari said the 75-year -old scholar and diplomat from Kwara State.