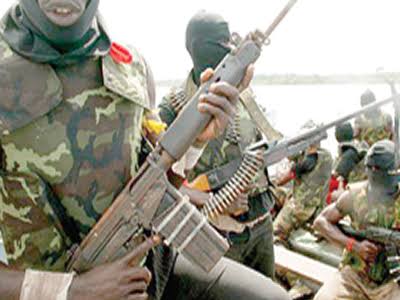 According to the the source, gunmen stormed the village in the early hours of Sunday on motorcycles, three per each and both of whom were wielding AK47 rifles.

A witness who spoke with the BBC Hausa service on Monday on condition of anonymity said bandits had been terrorizing the village for years.

According to him, despite the repeated attacks, the village had no presence of security agents for more than three years.

He said: “For more than three years now many of us can’t sleep in our homes, we sleep in the bush. We go to bed with the fear of bandits attack every night.

“We did not have any security assistance.

“We want to be sleeping peacefully at our homes too like every other citizen.”

The source, therefore, called on the Federal and State governments to come to their rescue and “save our community from these gruesome attacks”.

“I want to seek the intervention of the state government and the Nigerian Police to please come to our rescue, and save our community from these gruesome attacks,” he added.

Reacting, the police spokesperson in the state, SP Muhammad Shehu, confirmed the attack, saying, however, that the number of the abducted persons was not up to 50.

He said: “According to the report we received from the DPO of the area, the kidnappers took along the village head and 4 others with them.

“The remaining people assembled by the kidnappers were left behind as they couldn’t leave with them all.

“The commissioner of police in conjunction with other security agencies pledges to tackle the menace in the village, and secure the return of the abducted people.”

_mThere was a drama at the Kwannawa motor park in Dange-Shuni local government area of Sokoto state on Sunday as a commercial driver identified...
Read more
Crime

No fewer than six persons have been killed in a reprisal attack at Ungwan Bido village of Jema’a Local Government Area of the state,...
Read more
Crime