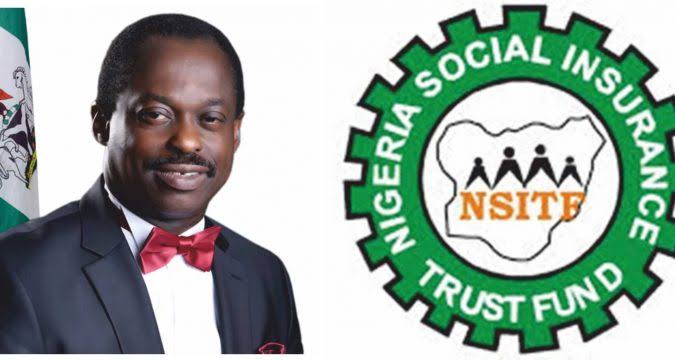 Federal Ministry of Labour and Employment has said that among other reasons, the recently suspended management of the Nigeria Social Insurance Trust Fund (NSITF) embezzled N3.4 billion while pretending to be organising non-existent staff training.

The ministry was reacting to claims by the Nigeria Employers’ Consultative Association that the suspension of the leadership of the NSITF violated the procedure approved by the President.

The ministry insisted that the removal of the NSITF management followed due process “as the Federal Government owned hundred per cent of the parastatal”.

The Director-General of NECA, Timothy Olawale, had in a letter to the Minister of Labour and Employment, Chris Ngige, on Friday, faulted the suspension of the NSITF management, saying it was arbitrary and did not follow the due process.

He said the investigations into the allegations against the NSITF leadership was not concluded yet, noting that Ngige did not secure presidential approval to sack the officials as he claimed.

But on Saturday, the Deputy Director, Press and Publicity, Ministry of Labour, Charles Akpan, in a statement in Abuja, argued that Ngige acted in line with the constitution, the Public Service Rules and NSITF Act.

He explained that the NSITF Act empowered the minister to recommend fit and proper persons to the President for appointment for the post of chairman, managing director and three executive directors to manage the day to day affairs of the agency.

According to the ministry, “infractions uncovered include N3.4 billion squandered on non- existent staff training split into about 196 different consultancy contracts in order to evade the Ministerial Tenders Board and Federal Executive Council approval.

“Non-existent unexecuted N2.3bn was documented and paid while N1.1bn is awaiting payment without any job done, all totalling N3.4 bn.”

It continued, “Same goes for projects for construction of 14 zonal offices in 14 states running into billions of naira- a policy issue being done without board or ministerial knowledge not to talk of approval. This was done in 2019 by the MD and his three-man executive.”

The statement said NECA did not have the full facts or know that the Secretary to Government of the Federation conveyed the Presidential approval to the minister for full implementation.

The ministry also dismissed claims by NECA that the NSITF board was not aware of the breaches alleged by Ngige.

It added, “If a minister observes there are financial breaches earlier reported and gross misconduct, he does not need to go back to a board that has been complaining to the same minister.

“We hope that NECA does not expect the minister to fold his hands like his predecessor who watched helplessly when the last board chair in cahoot with the two NECA representatives, MD and officials looted N48 bn from the Fund and are being tried as of date by the EFCC.”

According to Sun News, the Defence Headquarters (DHQ) has reported that 13 suspected Boko Haram members alongside six women and 17 children from Kodila...
Read more
Crime

Twitter user named Zain Ameh has chided Nigerians for having hope in Buhari Presidency. zain Ameh Kaduna based activist disclosed to her followers that a...
Read more
- Advertisment -