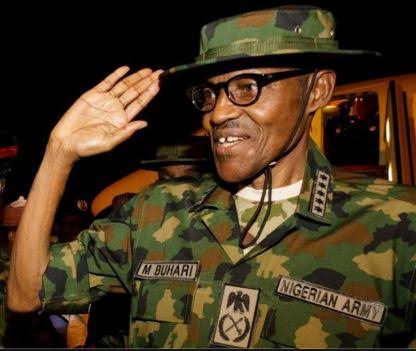 President Muhammadu Buhari has directed the security agencies to deploy to Zamfara State in order to halt the escalation of insecurity in the state.

This is even as the Governor of Zamfara, Bello Matawalle, has urged the President Buhari to intervene in the security situation in the state that has escalated since the disbandment of the Special Anti-Robbery Squad (SARS), over the nationwide ENDSARS protests.

Matawalle spoke to State House Correspondents after meeting with President Buhari to brief him on the latest insecurity situation in the state.

According to him, 20 people were killed on Wednesday in Talata Mafara Local Government, resulting in his visit to the Presidential Villa to solicit for immediate intervention of the president.

He said: “I came to brief Mr. President on the current security situation in the state. After the disbandment of SARS we had some challenges, particularly day before yesterday about 20 people were killed in Talata Mafara Local Government Area. So I am soliciting for Mr. President to intervene and see how we can have more security personnel to secure the state’s territory.

“Most of the illegal miners are not Nigerians but with the support of army, police and other security agencies in the state, some of them were apprehended and repatriated to their respective countries.

“Those were the two issues we discussed with Mr. President.”

When reminded that SARS was disbanded because of allegations of extortion, rape and extra judicial killings and if he was not worried they could repeat same in the state, Matawalle replied the disbanded police unit did well in the state.

He said: “To me, in Zamfara State, SARS are doing very well because they are tracking those criminals and prosecuting them, particularly those in the high area, SARS has the capacity to track and bring them to justice. So, to me, in Zamfara State we are in need of SARS, we know with their presence we have experienced peace in the state.

“…I am not saying it must be SARS, whatever name will be given to it, we want them in our state. We did not experience any of those things they did that caused them to be disbanded in my state.”

Asked what was President Buhari’s response, Matawalle said: “He directed the Chief of Staff to the president to take measures to connect with other relevant government agencies that we have discussed with about the issue of security. So, the Chief of Staff will contact the army, police and other security agencies to mobilize more security to the state with immediate effect.”

The governor said over 30 illegal miners have been deported from the state.

According to him, “We have deported 11 Chinese and over 20 from Burkina Faso and Mali. You know we have the problem of a very porous border particularly from Zamfara, Katsina, Sokoto and Niger Republic. People use to cross freely but with the measures that have been taken by Nigeria Immigration Services, I know they have deployed some drones on this border to checkmate the movement of other nationals into Nigeria. I am confident that very soon we won’t have the problem of other nationals illegally come into our country anymore.”

In the heat of the 2015 general elections, Aliko Dangote transferred N200 million to a bank account run by Hadiza Bala Usman, a BringBackOurGirls...
Read more
Nation

A member of the Northern Elders Forum and the Chairman of Maje Foundation, Alhaji Rufai Mukhtar Danmaje, has asked the Minister of Works, Babatunde...
Read more
Nation

Governor Bello Matawalle of Zamfara State has said that the Peoples Democratic Party, PDP, is becoming hostile for its members, lamenting over his recent...
Read more
- Advertisment -