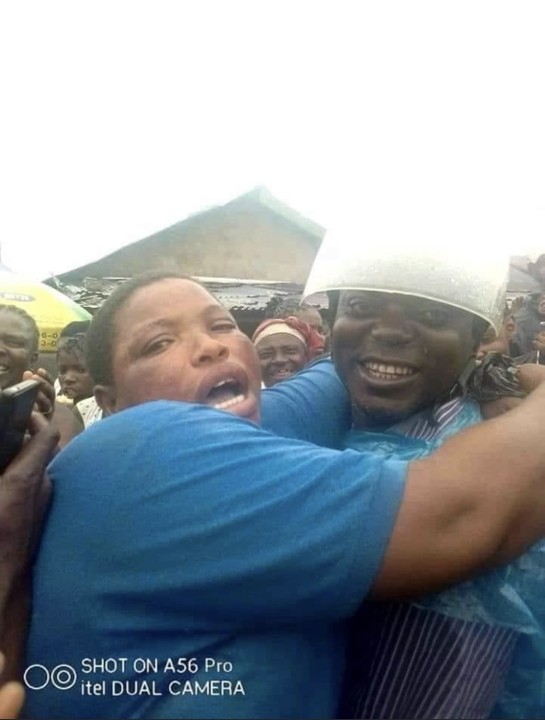 There was jubilation galore in Oghara, Ethiope West Local Government Area of Delta State after a motorcyclist returned a lost N700,000 belonging to a business woman.
According to FocusNaija, the passenger had boarded the motorcycle to Oghareki market and the money fell off while she was alighting from the bike.
However, the motorcyclist was quick to notice that something fell from her but before he could draw her attention to it, she had walked into the market unaware that her money fell.
He picked up the money and went searching only to find her weeping profusely over the missing money.
Joy indescribable was the feeling of the business woman as praises were showered on him by traders when he finally handed over the money to her.
“He has a heart of gold to have left his bike to go look for the woman and return back her money. At a time many of us will say God has answered my prayers, an ordinary okada man returned such a huge sum to the owner, may God reward him, a trader said emotionally.

According to SaharaReporters, Transcorp Hilton Hotel, Abuja, has said it is reducing 40 per cent of its workforce due to losses caused by the...
Read more
Business

Facebook, in a statement made available to newsmen in Lagos, said this would be its second office on the African continent. It said the opening...
Read more
Business

The Central Bank of Nigeria has ordered banks to provide the domiciliary account statements of some high profile customers and other accounts linked to...
Read more
- Advertisment -