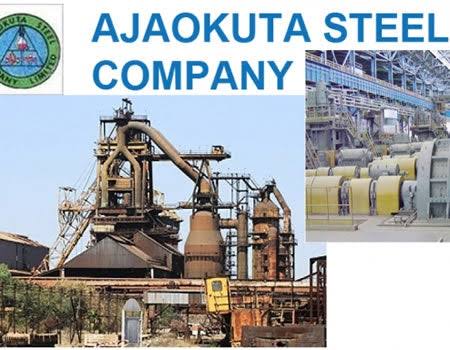 The Federal government on Monday kicked off the long awaited resuscitation of the Ajaokuta project with the inauguration of the implementation committee.
This followed the renewed interests by the Russian government, who are working with the Africa Import and Export Bank, to pool funds in excess of $1.4bn to revive the steel plants whose construction commenced about 42years ago.
The Ajaokuta Steel Company Ltd (ASCL) was designed and built by the Russian Steel Company, TyazhpromExport, as an integrated plant, on June 4, 1976, after signing agreements with the Nigerian government , with capacity to produce 1.3 million tonnes of steel per year, from the abundant mineral resources in the country.
President Muhammadu Buhari brokered the new deal with his Russian counterpart, Vladimir Putin, during his visit to Russia in October 2019.
Businessday checks show that Afrexim is putting in $1 billion for the project and the Russians are investing $460 million .
Federal government said it was mindful of the existence of some legal challenges, but assured that the legal challenges would have been resolved before the company commences full scale operations.

Federal government had been engaged in running legal battles with the Global Steel Holdings Limited, an Indian firm involved in the botched concession of Ajaokuta Steel Company Limited, over the concession modification agreement’ which is said to have ceded the Nigeria Iron Ore Mining Company NIOMCO to the Indian firm.
The Nigerian government has insisted that it would not surrender its sovereignty and ownership of both the Ajaokuta and NIOMCO.

“The beauty of this proposal is that it does not involve Nigeria putting money; the project will pay for itself. It is taking a while because of government-to-government and the protocols and bureaucracies involved. It is worth it and we will get it right.”
On legal concerns, Adegbite said the government was working on that.
“It is a situation whereby a contract is given to somebody to perform and got terminated but not according to the rules. The corporate body went to arbitration. We are trying to extricate ourselves. It won’t affect the Russian deal. We according re trying to do a cordinates settlement on that. The legal issue is being addressed by the office of the Vice President and other issue of revitalisation ongoing.

“There have been lots of correspondences and they have asked several questions and we have responded.
“Afrexim is bringing the Money, the Russians are bringing in the technical expertise and we are bringing in the mineral resource which we have.
“Essentially what the deal said is that the Russian government would help us nominate a body that have the engineering skills to complete the work and possibly the same body to run and manage it for a number of years we agreed of course with a reasonable profit and revert back to Nigeria’s ownership on complete manage and transfer terms
Secretary to the government of the Federation, SGF, Boss Mustapha, who inaugurated the committee said it will culminate in pushing forward the economic diversification agenda of the government.
The Ajaokuta Steel plant had languished for about four decades while previous efforts at reviving it had proved abortive.
This resulted in massive foreign exchange losses and opportunity cost to the country.
Mustapha said pressing needs to redress these avoidable challenges necessitated the Presidential intervention at this time, adding that ” it is further underscored by difficulties being witnessed with present challenges in the global oil industry.
According to him, ” revamping the Ajaokuta Steel Plant, therefore clearly presents a unique opportunity to make us West Africa’s largest fully integrated steel producer and most importantly accelerate our industrialization especially in steel related industries.”
The current phase resulted from the bilateral discussions in Sochi, Russia, in October, last year, during which it was agreed that the Ajaokuta Steel Project should be resuscitated on the basis of a Government-to-Government agreement with funding from the Afreximbank and the Russian Export Centre.
“However, one of the key issues discussed by the parties was the Technical Audit, Upgrade, Completion and Operation of the Ajaokuta Steel Company.
Mustapha said preliminary works have commenced to determine parameters for effective and coordinated take-off of rehabilitation works on the Steel plant.
Mustapha announced membership of the Ajaokuta Presidential Project Implementation Team (APPIT) to include: Secretary to the Government of the Federation, who will serve as Chairman, with the Minister of Mines and Steel Development, as alternate Chairman.
Other members include the Permanent Secretary, Mines and Steel Development,Permanent Secretary, Ministry of Finance, Solicitor-General of the Federation/ Permanent Secretary Ministry of Justice.
Others are the Sole Administrator, Ajaokuta Steel Company Ltd, Sole Administrator, National Iron Ore Mining Co., Member, Vincent Dogo (Industry Expert), . Elegba S.B. (Industry Expert, Godwin Adeogba (Industry Expert), Director-General, ICRC.
The SGF said the Committee is expected to prepare and submit a periodic work plan along with quarterly progress reports on assignment activities, end-of-assignment report and develop concession contract terms.
The Minister of Mines and Steel Development had prior to the committee’s inauguration, prepared a detailed Scope of Work which takes cognizance of technical due diligence, costing of investment required, forecast and financial analysis amongst others.
The committee was therefore asked to focus attention on the periodic work plan and quarterly progress reports and an end-of-assignment report, briefing Materials for participating in road infrastructure development and Roundtables and Road-Show events.

President Muhammadu Buhari has directed the security agencies to deploy to Zamfara State in order to halt the escalation of insecurity in the state. This...
Read more
Nation

The Peoples Democratic Party (PDP) has directed that its flag at all the party’s offices be flown at half-mast for a period of one...
Read more
Nation

At least seven soldiers have been killed by Boko Haram insurgents in Doska, Borno state, military sources have told TheCable.  The troops were said to...
Read more
- Advertisment -