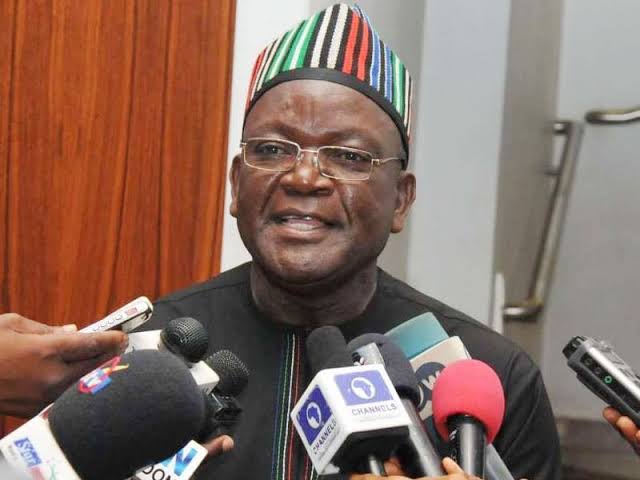 He said most at times criminals carry sophisticated weapons which sometimes dwarf those possessed by security men.

Governor Ortom who spoke  in an interview with newsmen in Makurdi, during a courtesy call by members of the youth parliament in Benue, in commemoration of the World Youths Day, said  the gun licencing policy should be backed by a strict legal framework to prevent illegal possession of arms by the citizenry without exception.

The governor also urged governments at all levels to take seriously the fact that insecurity is a real threat to development of the country and be willing to sincerely tackle the menace.

He  recommended adequate funding of security agencies and continuous training of their personnel to enable them be abreast of global dynamics in the fight against insecurity.

He called for the repositioning of National Drug Law Enforcement Agency through training, funding and logistics to successfully confront drug barons and peddlers; a move he said would stop illegal drugs from entering and circulating in the country.

Governor Ortom also recommended that the embargo on employment be lifted and more job opportunities created to take Nigerian youths from the streets.

Godwin Obaseki, governor of Edo, says there will be no mercy for Adams Oshiomhole, former national chairman of the All Progressives Congress (APC), if...
Read more
Nation

The Pension Transitional Arrangement Directorate (PTAD) has extended its plan to remove 23,089 parastatals’ pensioners from the Federal Government payroll following the demands from...
Read more
Nation

Abuja communities have begun to lament as a loaf of bread now sells for N650 while other brands of bread sell between N500 and...
Read more
- Advertisment -

The Court of Appeal of Nigeria has established the Election Petition Tribunal and also constituted a panel in respect of the Governorship Election conducted...
Read more
Load more