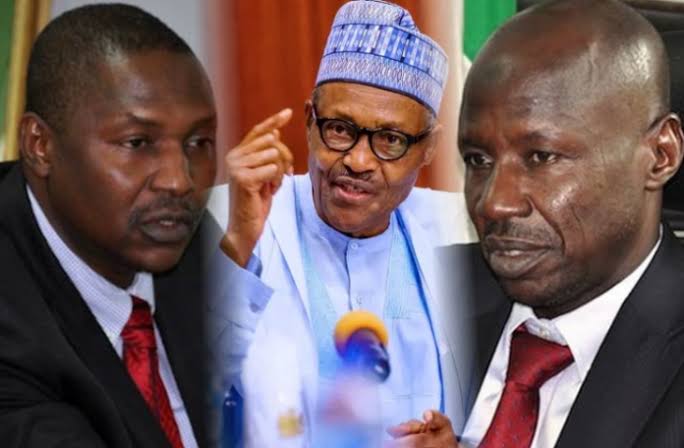 The report containing four boxes of exhibits were presented to the president at the Council Chamber of the State House, Abuja.

The Salami Panel, which was inaugurated by the president in July, was given 45 days to carry out its assignment but the timeframe was later extended after the panel requested for more time.

Mr Magu was allegedly accused of corruption, mismanagement, lack of transparency in managing recovered assets by the commission as well as abuse of office by the Attorney-General of the Federation and Minister of Justice, Abubakar Malami.