Naira gains N10 against $1 at parallel market, as forex turnover increases by 592% 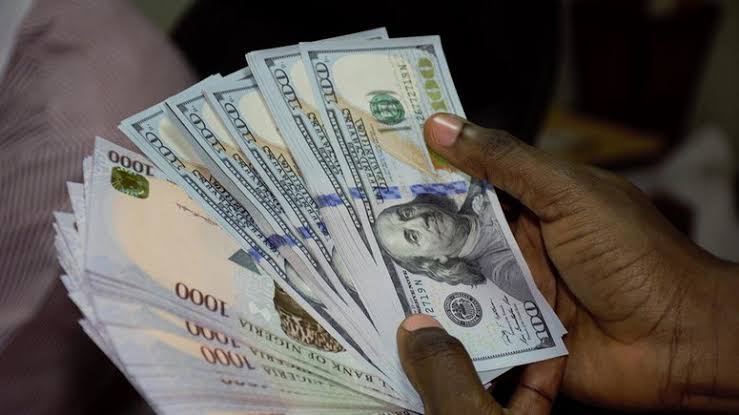 The naira gained for the third day in a row at the parallel market otherwise known as the black market, thereby appreciating significantly against the dollar. According to information obtained from Abokifx, the naira appreciated to N450 to a dollar on Friday, May 29, 2020. This represents a gain of N3 when compared to the N453 to a dollar that the naira exchanged against the dollar on Thursday.

Altogether, the naira gained N10 over the dollar during the week, when compared to the N460 to a dollar that the Nigerian currency exchanged last week Friday.

The continuous rally of the local currency against the dollar can be attributed to the improved liquidity in the foreign exchange market due to the intervention of the Central Bank of Nigeria (CBN), as well as the decline in the activities of currency speculators.

In a related development, the local currency was stable at the Investors and Exporters (I&E) window as it recorded no movement. The naira exchanged at N386.33 to a dollar on Friday, May 29, 2020, which was the same rate it exchanged the previous day. This came against the backdrop of a significant jump in the daily turnover to $156.78 million at the I&E window, marking a huge increase of $134.13 million when compared to the $22.65 million that was recorded the previous day. In other words, there has been a massive 592.2% increase in dollar supply to the window.

The country’s external reserves and the liquidity of the foreign exchange market appear to have gotten a boost, with the disbursement of the $3.4 billion by the IMF and the surge of crude oil prices to over $35 per barrel. This is $10 more than the $25 per barrel that was used as the benchmark for the revised 2020 budget.

Despite improved liquidity in the foreign exchange market, the volatility of the market is expected to continue as the demand for dollars by importers and manufacturers put more pressure on the naira, even as the CBN continues to limit access to the dollar.

Reacting to the ongoing dialogue and negations with the federal government of Nigeria and the Organized Labour leader, Nigerian on Twitter with the user...
Read more
Nation

The Federal Government has said that the administration of former President Goodluck Jonathan created the problem in the power sector by selling the power...
Read more
Nation

Secretary-general of the Yoruba Council of Elders, Dr Kunle Olajide, says it is unrealistic for the Oduduwa Republic to be achieved without violence. Olajide made...
Read more
- Advertisment -