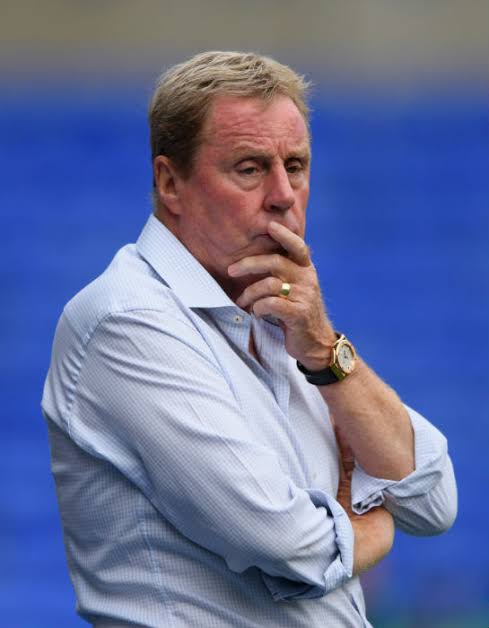 Nigeria’s football leadership is in a race against time to have coach Gernot Rohr sign a new contract before seemingly being imposed with a man in charge, with reports claiming the national sports ministry has former Portsmouth and Tottenham Hotspur manager Harry Redknapp waiting in the wings to take over the Super Eagles job.

The Punch reported last week that Redknapp was the favoured candidate of the Federal Ministry of Youth and Sports, the government department that oversees the Nigeria Football Federation (NFF).

A source within the NFF confirmed there had been some pressure to do away with Rohr and look elsewhere for a coach.

“People have their own interests and they have been whispering to people at the top,” the NFF source told ESPN.

Rohr’s contract is due to run out in June, and the NFF has been foot-dragging on a new deal since late last year.

But things seemed to have taken on a much quicker pace in the past few weeks with both parties coming to an agreement on the teams of a new contract.

Faced with the current situation, the NFF moved quickly to fast-track the process.

“The Executive Committee mandated the General Secretary to liaise with the Super Eagles’ technical adviser, Mr. Gernot Rohr, with a view to concluding all matters around Mr. Rohr’s new contract within the next one week,” the federation announced in a statement after an ExCo meeting last week

An NFF source told ESPN that the idea was to have Rohr’s contract signed and put to bed before the pressure got out of hand.

“The minister is very understanding and he knows that we are taking our time to give the coach a contract that is good for everyone,” the source told ESPN.

“But sometimes you have mischief makers who try to put pressure from all directions, and the longer we take with this the more that pressure will build. And you know it is not very easy to resist pressure.

“For us, we already have everything done. It is just a matter of dotting the i’s and crossing the t’s.”

Rohr would neither confirm nor deny if he had received the new contract as outlined by the executive committee, but he did indicate that all was well and that the relationship was set to continue.

“Everything is fine,” Rohr told ESPN.

“We all continue together.”

If that is the case, this week would be decisive for both Rohr and the NFF.

Failing which, it is possible that Redknapp or Argentine Hector Cuper, who has also indicated his interest in the Super Eagles’ position, could be in the frame.

Another N2.5bn in deceased Agric Ministry staff’s account The Independent Corrupt Practices and Other Related Offences Commission, ICPC, on Monday, said that it uncovered the...
Read more
News

Buhari has put Nigeria on the path of greatness – Akeredolu

The Ondo State Governor, Rotimi Akeredolu, said on Sunday President Muhammadu Buhari has put the country on the path of growth and greatness. Akeredolu, who...
Read more
News

Twitter user name Paul Yovo on his twitter handle laments the inability of the Nigerian Labour Congress to push on with the proposed strike...
Read more
- Advertisment -