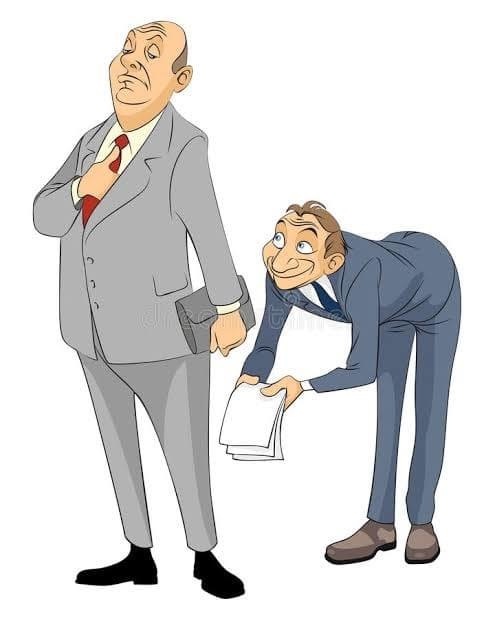 The greatest mistake we have made as a generation and the youth in this part of the world is partitioning ourselves along hailing and wailing political cord. And allowing ourselves to be used for trivial and hole-and-corner jobs while our leaders get busier with maladimistration garnished with misappropriation of funds with which they tactically fuel our footling jobs with the crumbs to keep us busy working as their hailers and wailers.

We must reorient ourselves and rediscover our role as the spinal cord of the society and the leaders of tomorrow, at least, as we were made to believe and as it should be. We ought to sit objectively and become critical thinkers as well as watch dogs who would keep leaders on their toes, berate them when they swerve and give them thumps up when they perform.

Of a truth, criticism devoid of lies doesn’t kill, it doesn’t worsen situations but praise singing fosterage complacency and it kills too because it’s done by sycophants who are also traitors at the other end. The former keeps the government awake, the later pushes them into sleep and making them believe that nothing else is left to be done. The former is pro-development, the later is anti-development. One is good if done with genuine intention but the other is evil even from its origin because it’s not done without slanderous intent which is why it was originally tagged sycophancy.

Etymologically, sycophant was derived from Greek sukophantēs ‘informer.’ It’s a merger of the words sukon ‘Fig’ and phainein ‘To Reveal,’ meaning ‘Fig Revealer’. It was an association of brownnosers who sneak to tell lies to the government officials against fig sellers for selfish interests.

As it was documented, in those times, Greek farmers were forced to pay a hefty tax on figs they sold at public markets. Some farmers hid their figs to avoid paying the unnecessary tax. However, some citizens would go behind the farmers to inform the government, leading to financial punishment for the farmers and putting the informers in good standing with local authorities. To the farmers, the fig revealers were just suck-ups to the police and not truly interested in doing the right thing.

Over time, sycophants developed an even stronger bond with the government. They became overly litigious private citizens who were hired to prosecute fig smugglers and writers, despite having no law experience or personal stake in the cases. Their primary objective was profit and staying in the good graces of government officials. Thus, they quickly earned a bad reputation throughout Greece at a point.

Till the present day, the potent of the word ‘sycophant’ hasn’t changed and that has been the job some Nigerians especially young Kogites have found themselves in. Chunk of Kogi youths are talebearers and slanderers as sycophants were referred to in the 1530s. They are easily identified with the way they defend the government at all cost with feeble arguments that lack substances. They are self acclaimed spokesperson of the government on and off social media.

Recall that in 1998, when every sane Nigerian was obviously tired of Gen. Sani Abacha’s regime, some other Nigerians (sycophants) decided to organize a five million man match for him to transit from a military head of state to civilian. Some also threatened to commit suicide if he failed to oblige their request. It was reported that even the five political parties of that time adopted him as their sole candidate. What was really amazing about the late General that deserves such inexplicable crazy support? Same Abacha whose heavy looted fund was just repatriated to the Nigerian government.

As it was reported about the former NSA, Sambo Dasuki during the administration of Dr. Goodluck Jonathan, a revelation showed who got what from the money meant for procuring military arms, when and how. What allegedly transpired in relation to that corruption saga should provide a cautionary example of the extent sycophants could go to milk their bosses. Unfortunately, leaders are often blinded by those who massage their egos and fan their hubris.

Haven noticed our weak points as young people which is hunger and unemployment, politicians have unfortunately resorted to recruiting young people to do the job of sycophants without designated portfolios instead of creating real time jobs for us. These young people who obviously need help have to sell their conscience to enable them become loyal foot soldiers.

A Knoxville News-Sentinel opinion piece aptly captured the position of certain Kogi youth serving politicians as the writer tried to describe the relationship between certain local politicians and President Trump. It reads, “There may be little support for politicians like Marsha Blackburn and Diane Black whose only calling is to serve as the President’s sycophants.” This is the true situation of things in Kogi political space where we have people who are employed solely for praise singing.

We won’t even live fine today because praise singers get nothing other than crumbs and in between transition of administration, they turn beggers. If you have a real job, you are sure of continuing working even when the current administration leaves office but if you remain a foot soldier, your break fast would cease once your Oga leaves the office. We deserve more. Let’s our entitlement as stakeholders in Kogi State and fight for it. Think about this.

Buratai: I am being threatening with travel ban