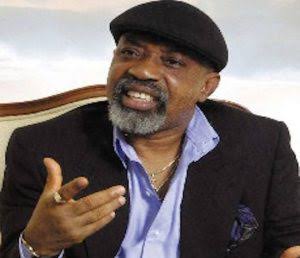 4 billion for the training of staff.

Last week, Ngige suspended the management over “misappropriation and other gross misconduct”. The minister said while the sum of N2.3 billion was already paid for “non-existent staff training”, N1.1 billion is being processed for the same purpose.

The management rejected the suspension by Ngige. TheCable learnt Adebayo Somefun, NSITF managing director, was at work, on Friday.

In a statement on Sunday, the management said the training referred to was in the budgets of the agency for 2017, 2018 and 2019.

It said the minister endorsed the funds for training of staff before the national assembly gave its approval.

“There was no contract splitting as claimed by the minister,” the statement read.

“The training referred to were budgeted for in the year 2017, 2018 and 2019 appropriations for over 5,000 staff nationwide, and procurement planning committee meetings were held for the procurement of goods, works and services to commence the procurement activities.

“We hereby seek that due process be followed and the suspended staff should be allowed to return to their offices to prepare their defence to all allegations against them.”

The management said “some of the documents needed to defend the allegations are being carted away from the office”.

It asked Ngige to comply with a May circular issued by Boss Mustapha, secretary to the government of the federation (SGF).

Mustapha had said ministers do not have the power to remove or suspend heads of agencies.

We Are The One That Rigged 2016 Governorship Election For Akeredolu, Ex-Ondo SSG Says After Resigning

I killed Umoren to avenge for how ladies duped me, says suspect

Uduak Frank Akpan has confessed he killed Miss Iniubong Umoren, a philosophy graduate of the University of Uyo, Akwa Ibom state to avenge for how ladies have been duping and dumping him.

Akpan disclosed he has lured and raped six ladies with fake job offers but denied killing any of them apart from Umoren.

The suspect, who looked very calm and unperturbed, spotted a polo T-shirt with the inscription ‘Mudder Squad’ when he was paraded with his father, Mr. Frank Akpan, at the Akwa Ibom Police Command headquarters, Ikot Akpabia , Uyo, on Friday,.

The 20-year-old 200 level student of public administration of Obong University, Obong Ntak, said things turned sour when he demanded sex from Umoren, who agreed but insisted he must use a condom.

“What happened was that she came for the supposed job interview.

I decided to use a reverse psychology on her. I told her whether she can work in a farm that hard drugs are kept as a secretary.

“She said that she was ready to work. When she came, I told her this farm doesn’t exist’ that it was just a hoax.

“I told her that before we could even start I would like to have sex with her and she agreed but she gave a condition that I should use a condom which I agreed.

“While I removed the condom, she became furious and picked the nearby stabiliser to hit me on my head. She bit my left ring finger and tried to reach for the door, screaming.

“While I was bleeding, in a bid to stop her, I used the stabiliser she also used to hit her. And when I hit her she fell there after she died,” he stated.

According to him, his father was not around and never assisted him in any way to either kill or bury remains of the deceased.

Asked why he invited the lady to his house when there was no job offer, the suspect said: “Initially, I used reversed psychology on her. I have had very bad experiences with runs girls and prostitutes.

“I asked whether she can work in a farm that hard drugs are kept and she accepted. She even told me she took marijuana and cocaine.

“I felt that that was the best way to revenge for the runs girls and prostitutes. I used to patronise prostitutes but now I don’t.

“I am not happy about what has happened. But the Commissioner of Police has assured Akwa Ibomites and the entire world that justice will take its course.”

Umoren, Slain Job Seeker Buried, as Alleged Killer Explains How She Was Murdered

The prime suspect in the murder of Miss Iniubong Umoren, a 26-year-old graduate of Philosophy of the University of Uyo (UNIUYO), Uduak Frank Akpan, has finally explained how he murdered her.

Akpan had recently lured, raped and eventually killed Umoren who was invited for a phony job interview in Uruan Local Government Area of Akwa Ibom state.

The 20 year old suspect, who was paraded along with his father, Friday said he was ready to take the same punishment, if found guilty after trial and conviction.

The Commissioner of Police, Mr. Amiengheme Andrew, paraded the suspects at the State Police headquarters, Ikot Akpanabia, near Uyo, the state capital on Friday.

The Police Commissioner explained he decided to parade the prime suspect following rumours that, the suspect had committed suicide while in police custody to shield other accomplices.

Based on the number of calls received, the Commissioner said he was “under pressure from within and outside Nigeria to reveal the truth behind the rumour”.

” I have been inundated with several calls all over the world that the prime suspect in the murder of Miss Iniubong Umoren has committed suicide in Police custody.” the Commissioner said, wondering why a suspect could kill himself, using his trousers as suicide rope in Police cell where wearing of trousers is not permitted.

He said in the investigation so far carried out there was no mass grave discovered in the compound where the crime took place as speculated.

He promised that diligent prosecution would be followed as the case would be transfered from the homicide section to the Director of Public Prosecution (DPP) when all angles in the matter have been fully explored.

Speaking to newsmen, the suspect, a 200 level Public Administration student of Obong University, a private institution in Etim Ekpo Local Government Area, admitted to killing the suspect in self defence, after she accepted his proposal for a consensual sex but turned around later to “attack me with a stabilizer when I tried to bring condom”.

He said: “When I met her, I asked her whether she would like to work in a hard drug farm and she agreed.

“When we got to the house, I asked her for sex and she agreed and insisted I use condom.

“It was not my intention to kill her, but if at the end of everything I am found guilty, I am ready to also die”, he said.

On allegation of other shallow graves, clothes, books and NYSC shoes discovered in the compound, the suspects denied that they belong to those he had killed earlier.

“The NYSC shoes belong to my mother and we used it for farm work. The books belong to me and my sister”, he said, adding that the late Iniubong was the only lady that died among the six he had lured and slept with, using the same phony job offers as bait.

He said he killed the late Iniubong in anger, after several rough experiences he had in the hands of those he described as “runs-girls and prostitutes”.

Meanwhile, the remains of the late Iniubong were interred on Friday in her village in Oruk Anam Local Government Area, amid tears and tributes from school mates, family members and sympathizers.

A notorious foreign bandit and his gang terrorizing Nigeria Northwest have been arrested in Zamfara State.

A notorious foreign bandit and his gang terrorizing Nigeria Northwest have been arrested in Zamfara State.

The foreign bandit and his four accomplices were paraded at the Gusau Police Command on Friday.

The spokesman of Zamfara Police Command, Shehu Mohammed said the suspects were arrested as a result of the teamwork between the police and the leaders of the Zamfara Miyetti Allah Cattle Breeders Association of Nigeria (MACBAN).

The suspects who allegedly terrorize Northwest states of Kaduna, Katsina and Zamfara as well as Niger State in the north-central zone, had in their possession four AK-49 rifles, nine magazines, 960 live ammunition with assorted charms when they were arrested.

The alleged notorious bandits said they have been involved in kidnapping, cattle rustling, and illegal possession of firearms for some time.

The notorious foreign bandit, Shehu Ali Kachalla, a Nigerien citizen, confessed that he has been involved in the business of selling arms to bandits for over three years now and has sold over 450 rifles to different gangs of bandits within Nigeria north-west region.

Another bandit identified as Abubakar Ali, said they operate within Kagarko and Chikun Local Government Areas of Kaduna State.

He equally confessed to being in the kidnapping business for over three years and had killed at least five of his victims who could not afford ransom to buy back their freedom.

Several people were reportedly killed by the dare-devil bandits in Nigeria Northwest during Ramadan.