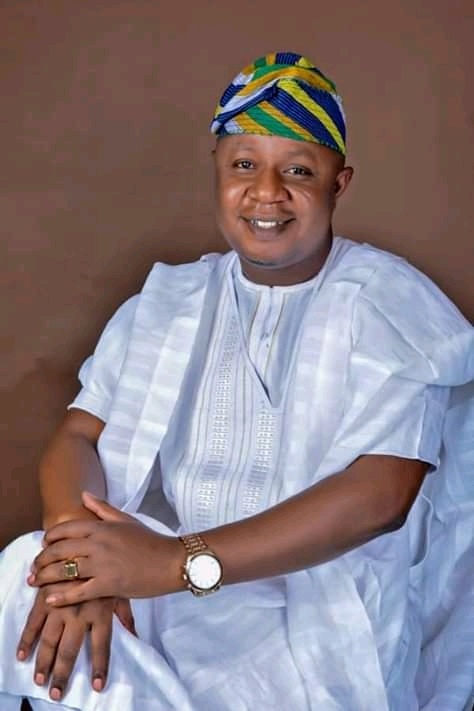 Omala Concerned Stakeholders was birthed as a result of our desires to return our Local Government to our political tradition and culture.
Lately, sycophancy, dangerous political manipulation of truth, blackmail, chauvinism and shenanigans have characterized our politics.

There are continuous attempts to force people to accept lies and gross misconducts and to support glaring incompetence on the part of the former Administrator. Party members who tried to advise or suggest better approaches to issues in order to project the good image of the government and the APC were considered as enemies.

People are considered to be loyal only when they defend lies, grandstand for failure, participate in needless mudslinging and accept sycophancy as a way of life while people who points out the failures of the leadership of the Administrator are described as haters of the Administrator.

*APC Members’ Continuous Complaints About the leadership  of Their Own Party in Omala LGA.*

Members of the ruling APC in Omala have continued to live in shame and rejection from a party they laboured to install. Throughout the four years of APC, members of the party were hunted by their own government at the Local Government.

Within the APC family, the last four years of APC leadership in Omala LGA is viewed as an era of waste and misuse of rare opportunities to consolidate on her hold on the polity of Omala LGA. The party never won any election in Omala since 2015 and since it became a political party in Nigeria. This is because the party is not in any way attractive to sincere and serious politicians in Omala.

APC in Omala LGA is a collection of sycophantic youths and expired politicians who traded in lies, witchhunt, blackmail, chauvinism, shenanigan, and thuggery. Few youthful and formidable political figures within the party are relegated to the background.

The APC in Omala has only one stakeholder and leader, Alhaji Ibrahim Yakubu Aboh. All other politicians must worship him to be accorded recognition or get any appointment or responsibility in APC government either at the LGA or at the State.

The four year period of APC leadership in Omala LGA is also viewed by members of APC in Omala as an era of embezzlement, recklessness, and self aggrandizement by an opportunist who successfully schemed everybody out from benefiting from their collective victory.

In their own reports, it was a period of massive fraud some of which are:

(i) The sum of Seventy Million Naira (N70,000,000.00) which was given to the Local Government by the State Government for rural development in 2017 was embezzled with a cover up of construction of sketchy feeder roads in Patanyi, Echa, and Oje, and drilling of four  non-motorised boreholes in Ajokpachi, Olahieba, Abejukolo and Olla. As at today, none of these projects is completed or in use.

(iii) In 2018, the sum of Twenty Million Naira (N20,000,000.00) was used for the establishment of oil palm plantation in Omala Local Government, the location of any oil plantation own by either the State or LGA cannot be found in Omala as at the time of this writing.

(iv) The sum of Twenty Million Naira (N20,000,000.00) was used for the construction of a police post in Agbenema Ife. The project that commenced in 2018 was discontinued and abandoned. Valuation report of work done at that project site is not up to Two Million Naira.

(v) In 2019, the sum of Forty-Five Million Naira (N45,000,000.00) was used for the completion of an already started fencing project of the Nigeria Police Station in Abejukolo. It is amazing that this sum of money can not complete fencing work of the police station up till now. The project is left uncompleted.

(vi) In 2019, just one day, the sum of Twenty-Eight Million Naira (N28,000,000.00) was withdrawn from the account of Omala LGA. This money was said to have missed from the vehicle of administrator where it was kept. What a game!? What a fraud!? What a recklessness!? What a waste!? The Next Council Election and the Chances for Change The next Council election provides another opportunity for change.

We must all wake up to seize it. As it stands in Omala APC, there exist no stakeholders who can be consulted in order to ascertain the situation of the party in Omala apart from the Administrator and the House of Assembly Member, Hon. Prince Collins Musa. Due to the fact that the House of Assembly member may not want to expose the Administrator, being the beneficiary of the leadership style of the Administrator, it is unreasonable for any aspirant under APC in Omala to think that he can secure the mandate of the APC in Omala to contest in the next Council election. Yakubu Ibrahim Aboh will definitely be imposed on the party either in error or by his godfathers and he will wreck more havoc on Omala people.

Only God knows what will be left with our LGA fund as his loyalty to the godfathers will be demonstrated by emptying our LGA treasury to whet their appetite. It will also be another era of gunshot, fear and threat.

Omala cannot survive another tenure under Yakubu Ibrahim Aboh leadership. There is surely no hope for Omala in APC and the earlier we understand this as a people and a community, the better.

Re-alignment and Coalition Towards Council Poll We, the concerned Omala Stakeholders, are not interested in any party but our communities. We therefore implore on politicians in PDP and other political parties to close ranks and reinforce for the next Council election in Omala LGA in order to take our Local Government from the hand of those who have taken us hostage for four years.

We must learn from Kaduna State and Niger State where PDP, an opposition party won in some Local Governments. Omala has been a PDP Local Government and since APC in Omala has continued to show no interest in the development of Omala L.G.A, and since the leadership of the party under Yakubu Ibrahim Aboh has continued to be a threat and sources of fear, unrest and incivility efforts should be made to bring our politicians/aspirants together towards fighting this common cause.