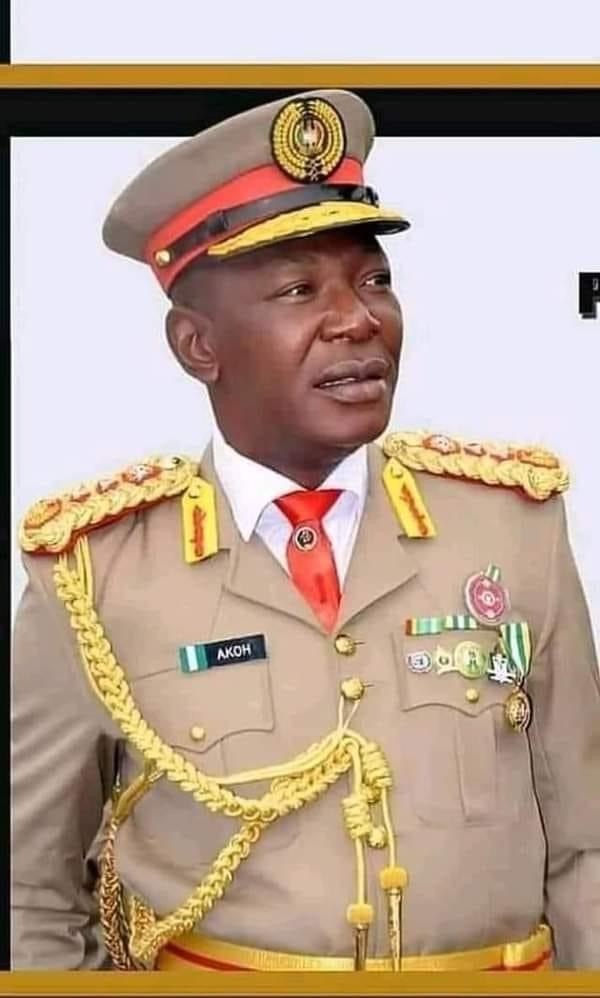 The attention of the Peace Corps of Nigeria has been drawn to the news making rounds in some sections of the media that one ‘Dr Mustapha Abubakar has been appointed as the substantive Commandant-General of the ‘Nigerian Peace Corps’ with his formal inauguration to hold soon’.

Though, the Nigerian Peace Corps Establishment Bill has been reintroduced by the two Chambers of the 9th National Assembly, it is yet to be a legal entity or enjoy any statutory backing until when passed and assented to by Mr President as constitutionally provided.

It is instructional to note that as contained in Part 8(a) of the Nigerian Peace Corps Establishment Bill, the essence of the Bill is to give statutory backing to the existing Peace Corps of Nigeria under the leadership of its National Commandant, Prof. Dickson Akoh.

Suffices to add that, the Nigerian Peace Corps, when given statutory backing via the assent of the Bill by Mr President, in accordance to Part 3, Section 11 (1) is to be headed by a National Commandant who shall be appointed by the President and Commander-in-Chief on the recommendation of the Minister. Therefore, any claim by any individual to have been appointed as Commandant-General of Nigerian Peace Corps by members of the Corps is not only laughable but illegal, ridiculous and self-seeking.

However, the general public may wish to note that, Dr Mustapha Abubakar who is parading himself as the Commandant-General of the ‘Nigerian Peace Corps’, until recently, was the Personal Assistant to the Commandant-General of the National Unity Corps, Dr Chinedu Nneji, but broke away to form his own faction under the name of Nigerian Peace Corps which enjoys no legal existence, whatsoever.

Meanwhile, the National Commandant, Peace Corps of Nigeria, Prof. Dickson Akoh Urge Officers and Men of the Corps nationwide, not to be distracted by the antics of Dr Mustapha Abubakar but should remain prayerful and focus on the ideals and philosophy behind the establishment of the organization, which is a commitment to National Creativity, Peace and Youth Development.