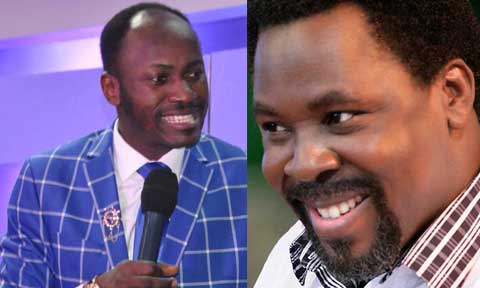 Spread the love
The General Overseer of Omega Fire Ministry, Apostle Johnson Suleiman,  has said that people abusing Prophet TB Joshua Even at death are devilish.

Suleiman who said he has not spoken about the death of the founder of the Synagogue Church of All Nations (SCOAN) because he was still in shock, he TB Joshua was sick for some days.
The founder of SCOAN in Lagos, Nigeria, Prophet TB Joshua died penultimate Saturday at the age of 57.
TB Joshua died on Saturday June 5, 2021, shortly after finishing a programme in church. The death occured just a week before his birthday.
But Suleiman, while speaking, said he haven’t said anything about him (TB Joshua) because he was still in shock.
“A man of God just passed on and people are saying all sorts of things and even abusing him at his death.
“How devilish, evil, wicked people are,” Suleiman said while reacting to the death a week after the dead.
He was not fine for two days and he was still ministering to people. Now, those people are going to move on with their life,” Suleiman said. 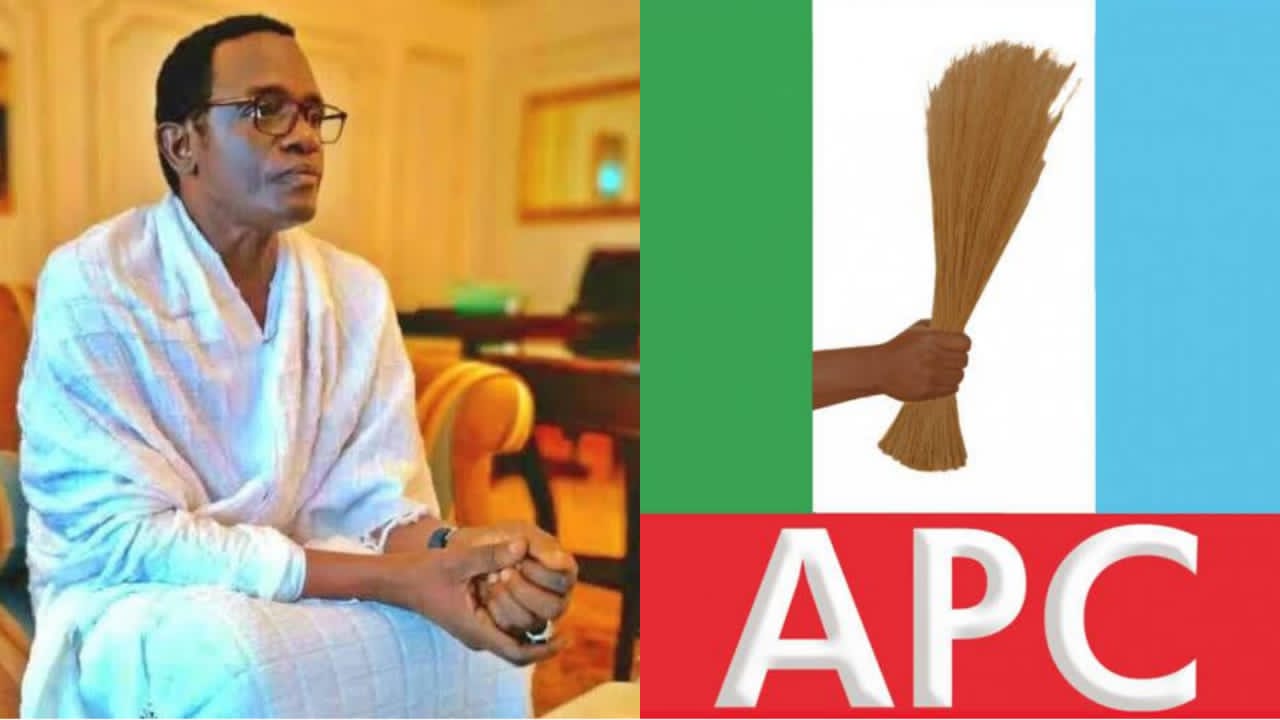 The All Progressives Congress (APC) has begun to feel the impact of the minority judgment of the Supreme Court on the Ondo State governorship election following a suit seeking the nullification of all the actions taken by the party’s Caretaker/Extraordinary National Convention Planning Committee (CECPC), headed by Yobe State Governor Mai Mala Buni.

The suit which was filed before the High Court of the Federal Capital Territory(FCT), Abuja, by an aggrieved member of the party, Okosisi Emeka Ngwu, poses a threat to the legality or otherwise of the just-concluded State Congresses of the party.

It is coming on the heels of the dissenting judgment of the Supreme Court on the petition filed by the People’s Democratic Party (PDP) candidate in the 2020 Ondo State governorship election, Eyitayo Jegede, SAN, against the incumbent governor of Ondo State, Rotimi Akeredolu, and the APC. The apex court had in a minority judgment of three justices, questioned the validity of the Buni-led Caretaker Extraordinary Convention Planning Committee and declared it illegal. It held that the party erred by allowing a sitting governor to hold the position of party national Chairman in clear breach of section 183 of the 1999 constitution (as amended).

The fresh suit marked FCT/HC/CV/1824/2021 and dated August 2, listed the APC and all members of the party’s Caretaker/Extraordinary Convention Planning Committee as defendants. They are Mai Mala Buni; Isiaka Oyebola; Ken Nnamani; Stella Okorete; Governor Sani Bello; Dr James Lalu; Senator Abubakar Yusuf; Hon. Akenyemi Olaide; David Leon; Abba Ali; Prof Tahir Mamman; Ismail Ahmed and Senator Akpan Udoedehe. The claimant in his originating summons filed by his counsel, Chief Oba Maduabuchi, SAN, is further asking the court to dissolve the Committee known as and called caretaker/extraordinary convention planning committee as there is no organ of the party or any such organisation in the party’s constitution. He further sought a declaration that pursuant to section 87(4)(b)(1) of the Electoral Act (as amended), only the National Executive Committee of a political party can validly appoint a date for the holding of primaries for the nomination of the gubernatorial or other candidates of the political party.

A declaration that unless an election is conducted in accordance with the Electoral Act and by an organ known to and created by the constitution of the APC, no valid candidate can emerge from such a primary. Ngwu, who stated that he wanted to contest the position of the national chairman of the party in 2018, has further urged the court to grant an order set tong aside all actions and decisions taken by members of CECPC of the party.

Before seeking the above declaratory reliefs, the claimant posed the following questions to be determined by the court: “Whether there is any organ of the APC known as Caretaker/Extraordinary Convention Planning Committee created in or by the constitution of the party. Whether the organisation known and called caretaker/extraordinary planning committee is one of the organs created by Article 11 of the constitution of the political party known and called the APC. Whether pursuant to section 87(4) (b) (1) of the Electoral Act (as amended) any other organ of a political party can validly appoint a date for the holding of a congress for the purpose of nominating the governorship candidate of the political party Including the APC apart from the National Executive Committee of the party. Whether a valid candidate or officer of the party can emerge from a congress fixed by any other organ of a political party outside the National Executive Committee of a political party including the APC.

The originating summons is supported by a 10-paragraph affidavit wherein, the claimant averred that in 2018, he had wanted to contest for the National Chairman of the party after the tenure of the then national chairman of the party expired but was prevailed upon to allow Adams Oshiomhole to be returned unopposed.

That he was prevailed upon to sheath his ambition because he (Oshiomhole) had only four years to be in office and then he will contest the election for the position of the national chairman. That after just two years, I was surprised to hear that the National Executive Committee and National Working Committee had been dissolved and a contraption known as Caretaker/Extraordinary Convention Planning Committee had been created by an unknown person and Mai Mala Buni asked unilaterally to head the committee. That I was surprised as by the constitution of the party, the National Executive Committee would be in office for four years until June 22, 2022.

That my supporters and I also knew that only a duly elected National Executive Committee could validly hold any primaries to nominate candidates for the party for the various elections to be held between the day of the dissolution of both the National Executive Committee anf National Working Committee. That the CECPC is unknown to our party’s constitution and it is operating without reference to the party’s constitution. 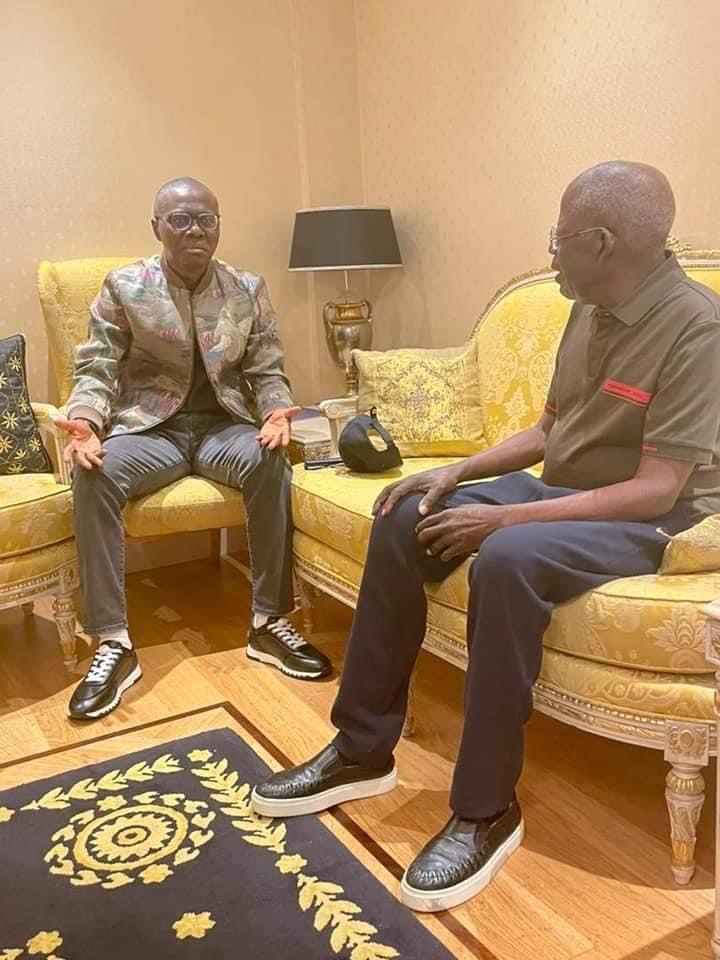 Although the details of the visit in London was not known sources said. 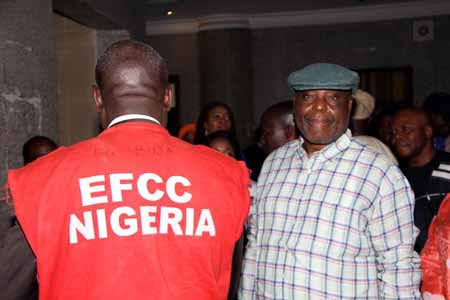 The Chief Judge of the Federal High Court, Abuja, Justice John Tsoho, on Tuesday issued an order unfreezing the N2.

Justice Tsoho ordered that the account domiciled at First Bank of Nigeria be immediately unfreezed since the criminal charges, which precipitated the restriction on the account had been dismissed and Dokpesi discharged and acquitted by the Court of Appeal.

Delivering ruling in an application filed and argued by Kanu Agabi SAN, on behalf of Dokpesi, Justice Tsoho said that the Federal Government has no basis to put a post-no-debit order on the account in view of the subsisting and valid order of the Court of Appeal.

The Chief Judge held that since the Court of Appeal delivered the judgment that invalidated the criminal charges against Dokpesi, the EFCC had not applied for stay of execution of the judgment.

Justice Tsoho said that in the absence of a stay of execution, his court was bound by law to give effect and implementation to the judgment.

He thereafter ordered that the freeze order and post-no-debit on the account be immediately removed in compliance with the appellate court’s decision.

On the claim of EFCC that it has gone on appeal to the Supreme Court, Justice Tsoho held that the notice of appeal filed at the apex court cannot in law stay the execution of the subsisting judgment adding that the anti graft agency ought to have obtained a stay of execution of the judgment.

He also ordered that all documents seized from Dokpesi or voluntarily surrendered to the Federal Government be immediately returned to him.

Atolagbe, in a bid to convince the judge, had drawn the attention of the court that the Department of State Services, DSS, and National Intelligence Agency, NIA, made respondents in the matter, did not appear before the court and as such the court can not make valid order against them.