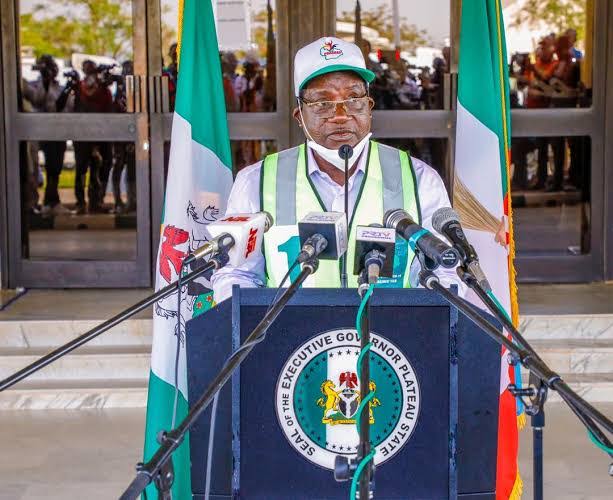 Plateau State government has declared that only one case of covid-19 was recorded in the state as at  Friday 15th April against five announced by the Nigeria Centre for Disease Control (NCDC).

The Commissioner for Health, Dr. Nimkong Lar who briefed journalists alongside the secretary to the state government, Professor Danladi Atu, and the Commissioner for Information and Communication, Dan Manjang, said the remaining four were repeated cases which were mistaken for fresh ones.

He pointed out  that the attention of the NCDC has been drawn to the error with the belief that the needed correction would be effected, adding that the state only has 11 active cases of covid-19 while all of them are responding to treatment.

According to him, “Plateau recorded only one case of Covid 19 as against the five cases announced by the NCDC as four of the results were repeated cases.

“We had only one positive case today (Friday) but the NDCD assigned five cases to Plateau, we have communicated them to correct the mistake. Right now, we have a total of 255 persons at the various quarantine centres in Heipang, Mangu, Shendam, Pankshin, Jos North and Bokkos.”

Professor Atu expressed worry of continuous violation of government directives on border closure adding that almost all cases in the state were imported from other places.

“We are reinforcing capacity on border control because most of the pressure we are having is from the border. We are now going into aggressive enforcement to ensure compliance because we discovered motorcyclists are taking passengers into the State through bush paths.”

Commissioner for Information and Communication, Dan Manjang also reminded citizens to always use the face mask in public places and adhere to the federal government direction on daily curfew which the State has keyed into.