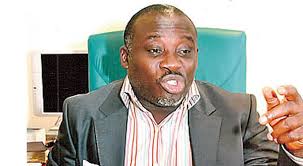 The House of Representatives is considering outlawing secret recruitments by ministries, departments and agencies of the Federal Government.
With this move, any recruitment by any MDA without publishing the vacancy will become illegal and attract a fine.
This is being proposed in the Prohibition of Secret Recruitment in the Federal Civil Service Bill 2020 sponsored by Mr Teejay Yusuf.
The bill, which is awaiting second reading, is titled, ‘A Bill for an Act to Prohibit Secret Recruitment in the Federal Public Service and to Make Elaborate Provisions for Transparency in Recruitment in the Public Service through Publication of Vacancies and for Other Matters Connected Therewith.’

Yusuf, in the explanatory memorandum, said, “The bill seeks to promote integrity and transparency in the recruitment of personnel into the Federal Civil Service by making it an offence for a federal ministry, agency or parastatal to fill existing vacancies in their organisations if such vacancies have not been published.”
The bill read in part, “It shall be the policy of the Federal Government to promote efficiency in the allocation of personnel in the Federal Civil Service, as well as transparency and equal opportunities in the recruitment and hiring of new personnel.

According to the bill, the State High Courts shall have jurisdiction over matters in the proposed Act, while the Minister of Labour, Employment and Productivity may, with the approval of the president, make regulations for the implementation of the Act.
Several MDAs have been enmeshed in recruitment scandals, some of which have been proved by both chambers of the National Assembly.