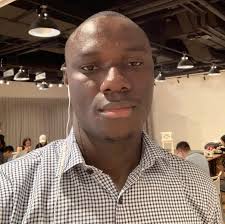 Samuel Ogundipe, a top Nigerian journalist in Abuja, has resigned from Premium Times.

His resignation seems to be related to the story he did about Bello El-Rufai, who threatened to gang rape someone’s aged mother.

El-Rufai’s son publicly threatened to deal with Samuel for writing the story, but Premium Times didn’t do anything about it.

Weeks later, he tweeted about a document from Dangote that he received and his editor, Musikilu Mojeed, came online to attack him and threatened to punish him.

Many people attacked Mojeed on social media for conducting himself unprofessionally.

Samuel resigned a few weeks later and made his decision known on Twitter today, September 16.

He has now started a new digital media outlet, Peoples Gazette, in Abuja.

If this could happen at Premium Times it shows how tough journalism is in Nigeria, you have enemy both in and out.

We wish Samuel and his new team well.
Copy

The Edo State governor and candidate of the Peoples Democratic Party (PDP), Mr Godwin Obaseki, has said his second term ambition is not worth...
Read more
Inside Story

Twitter user with the user name @i_iam_ilemona has exposed what suppose to be a National hidden secret thereby embarrassing the federal republic of Nigeria...
Read more
Inside Story

It’s on record that cows under the administration leadership of FCT Minister Mal. Muhammad Musa Bello have taken over Abuja City, with their fierces...
Read more
- Advertisment -