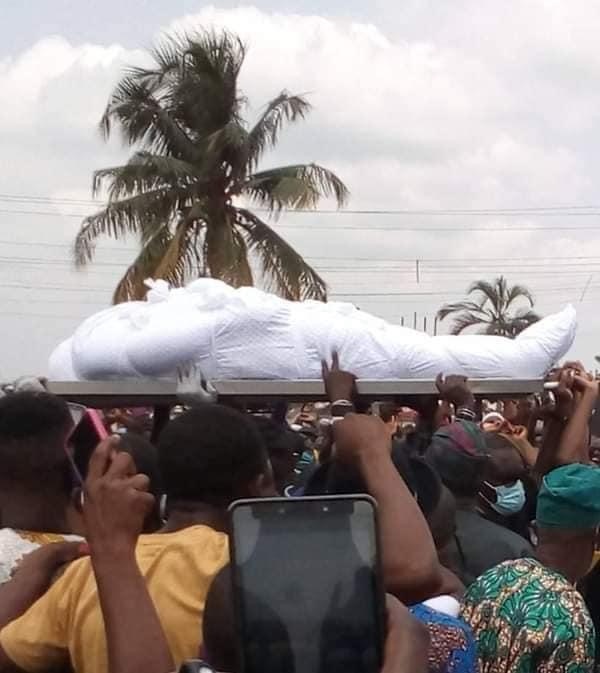 His friend and former colleague at the Senate, Ben Murray-Bruce, confirmed that he was being hospitalised at the facility after contracting COVID-19.

The remains of Kashamu arrived Ijebu-Igbo, his country home for burial on Sunday morning.

After which, Buruji Kashamu remains was laid to rest today in his home town Ijebu Igbo, Ogun state.