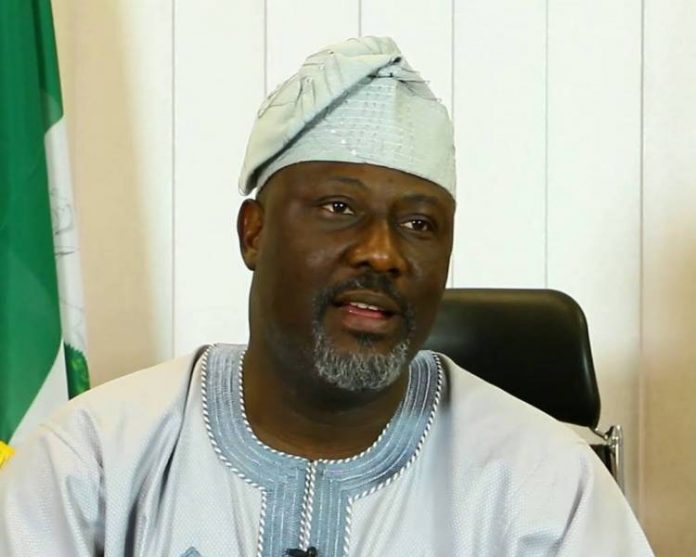 Senator Dino Melaye has commiserated with the traditional leadership, people and residents of Isanlu town in Yagba East local government area of Kogi State over today’s attacks on the town’s police station and a bank by armed robbers, which claimed precious lives.

Melaye, who says he is saddened by the incident, described the robbery attack and loss of lives as sad and unfortunate.

He, therefore, stressed the need for the people and residents of Kogi State to be more security conscious even as he called on the state governor, Yahaya Bello, to be more proactive about the failing security of the Confluence State.

Melaye equally called for collective efforts among the security agencies in tackling securities challenges bedeviling Kogi State and the country at large.

“Today’s incident in Isanlu saddens my heart. It is unfortunate that we have lost precious lives. May their souls rest in peace, amen.

“I hereby call on our people to be more security conscious given the state of insecurity in Kogi State characterised by armed robbery, kidnapping, herdsmen attacks and other gravious crimes.

“The governor of Kogi State as the chief security officer must show capacity to protect Kogi people anywhere in the state. Alas! The penchant for grandstanding has robbed the state of purposeful leadership.

“Kogi has never had it so bad. This is the time to put off the boxing gloves, to stop shadow boxing and get off the treadmill in the comfort of his room to serious issues of the state. No one has seen Governor Sanwo-Olu of Lagos or Governor Wike of Rivers on a treadmill making videos and using uncouth languages. They are on the streets of their states working,” Melaye said.

The Nigeria Labour Congress and the Trade Union Congress have suspended the strike scheduled to commence today (Monday). This followed an agreement reached with the...
Read more
Uncategorized

ZULUM:The Governor was not in the convoy as he flew by Helicopter