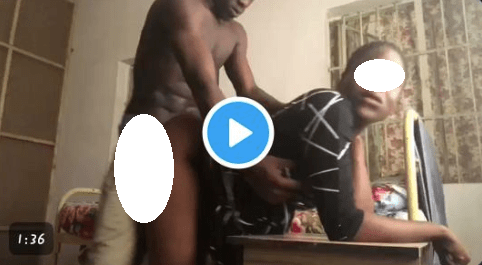 A video surfaced online in November 2019 showing two Babcock students having sexual intercourse in what appeared to be their school clinic.

The video went viral and caused a stir online as many people begun to share their thoughts on the matter, with some people saying she shouldn’t have been expelled.

The lady in question was heavily criticized over the act, to the point that Babcock Vice Chancellor, Prof Tayo Ademola after being silent for days, ordered her immediate expulsion from the university.

She was a 300 level student of Accounting at the time the viral clip was released but school the management said she had been expelled since the video leaked in April, 2019.

Ever since she was expelled, there has been little to no news on her whereabouts or update on her welfare. But it appears some recourse has come her way as a medical doctor, Ola Brown has given update on plans being made to return the young lady’s life back to normal.

Dr Brown had revealed in June 2020, that she’s been making progress ever since the sex tape incident which ruined her life and led to her being expelled. Dr Brown said;

“I know not many people will care, but there are some people that followed the story of ‘Babcock girl’

“Hoping she will become one of the worlds best finance guru’s/economists, Everytime she calls she has some new insight about the wonderful world of finance/accounting/economics.

“She is smart, passionate & focused. She reads widely and deeply. She understands complex topics easily.

However, giving a more recent update, the doctor said that plans have been concluded for the lady to continue her studies abroad while on a scholarship.

“Just made her scholarship payment. She will be travelling out to study in the next few months. Future head of the IMF/World Bank loading by God’s grace.” the doctor said.