The Plateau government has banned Eid prayers, as COVID-19 cases reached 982 in the state. 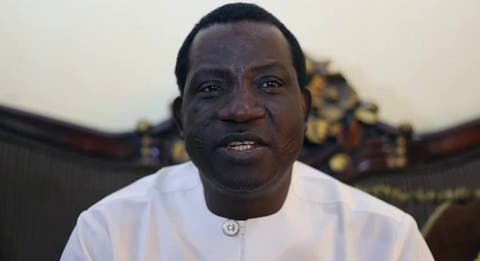 The Chairman of the State COVID-19 Task Force, Gov. Simon Lalong, announced the ban, while briefing newsmen on the state’s response to the pandemic, on Tuesday in Jos.

The governor also banned other activities associated with sallah festivities, including visits to recreational centres, such as Wildlife Parks.

“Residents should strictly use face masks, especially children conveying food and other items to neighbours,” he said.

Lalong said that this had become necessary, following the increasing number of cases in the state coupled with the preparations for the Eid-el-Kabir celebrations, to prevent further spread of the disease.

The News Agency of Nigeria reports that the Federal Government had declared July 30 and July 31 as public holidays to allow Muslims celebrate the festival.

The governor, who was represented by Prof. Danladi Atu, Secretary to the task force who is also the Secretary to the State Government (SSG), urged the elderly to stay at home, as they were the most vulnerable.

Lalong also reminded the residents that the 10 pm. to 4 am. curfew declared by the Federal Government was still in place and that it would be strictly enforced.

He said that the state had high cases of COVID-19 because it had three testing centres: National Veterinary Research Institute Vom; Plateau Specialist Hospital and Jos University Teaching Hospital.

“We are waiting for 3,894 results from all the tests conducted,” he said, adding that 221 patients were on admission in the four treatment centres in the state.

The task force chairman further said that 446 persons had so far been discharged and 19 deaths recorded, while 454 cases were currently being observed.

Lalong said that 58 health workers were also infected by the disease, including 10 doctors, 15 nurses, three pharmacists and one lab technician, among others.

“About 4,422 staffers of the 54 ministries, departments and agencies (MDAs) have been screened, out of whom 174 of tested positive. The test is ongoing.

“This makes Plateau the first state in the country to commence mass testing for civil servants,” he said.

While wishing the Muslims successful Eid-el Kabir celebrations, Lalong urged them and other residents to adhere strictly to the COVID-19 precautionary measures in order to prevent further spread of the deadly disease.

Passengers have been testing positive after displaying negative test results. The Presidential Task Force (PTF) on COVID-19 has raised the alarm that international travellers from...
Read more
Health

Twitter user named Zain Ameh has chided Nigerians for having hope in Buhari Presidency. zain Ameh Kaduna based activist disclosed to her followers that a...
Read more

President Muhammadu Buhari has come under fire for allegedly authorizing the use of the Presidential Jet for the wedding of one of his aides,...
Read more
Load more