Home Life style This is Shameful And Now Obvious You Guys In Asorock Are Clueless,...
Life style

This is Shameful And Now Obvious You Guys In Asorock Are Clueless, Nigerians Blasts Garba Shehu. 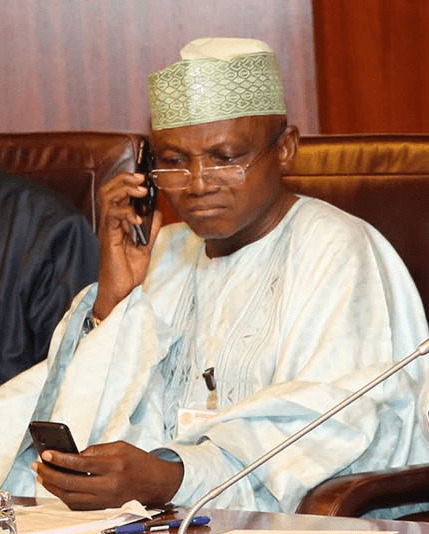 While the Facebook post has garnered multiple comments insulting and abusing the president aide , we have found the image to be recycled and miscontextualised in the process posting accusations against the opposition, the post claimed the PDP once sold fuel at the  price of 600 per liters, we have found out that President Muhammadu Bihari’s  aide also reused the image in a very unimaginable way as to press home his excuses on his twitter handle too

But finding revealed that it’s In 2015, fuel scarcity bites harder, when petrol was sold at N600 per litre according to Punch Newspaper. It was difficult for Nigerians, as they were forced to pay far above the recommended price of N87 per litre in most of the filling stations that sell the product.

Persisting fuel scarcity in Nigeria has led to a remarkable increase in the price of petrol. The subsidized pump price of petrol in Nigeria is N87.00 per litre. Spaces for Change’s July 2015 random online survey of prevailing fuel prices, shows that petrol stations are not dispensing petrol fuel at the pump price, and very many of them do not have petroleum products available. When they do, they sell above the regulated pump price with minimal restraint from regulatory authorities such as the Directorate of Petroleum Resources.

As a result of chronic electricity supply shortages, households and businesses depend on petroleum products (mainly petrol, diesel and kerosene) as alternative sources of energy supply to light up homes, carry out basic domestic chores and power the industries that create jobs. This high dependence on petrol, has forced demand for the product to increase, triggering dramatic price movements.

However, according to reports and correspondents, some filling stations still sold the product at the official price of N87 per litre. These filling stations, findings showed, were however few and inundated with long queues of motorists, motorcyclists and other users.

Though, not withstanding the date, Mr Garba, however, came under attack over the comment, with many accusing him of unjustly justifying the petrol price hike.

Aliyu Atiku Abubakar the Turakin Adamawa, one of the sons of Alhaji Atiku Abubakar, is set to wed his beautiful Fatima, daughter of the...
Read more
Education

The frustrated young man tore all the certificates and set them ablaze because he was unable to secure a job since graduation. Usman Abubakar Usman...
Read more
- Advertisment -