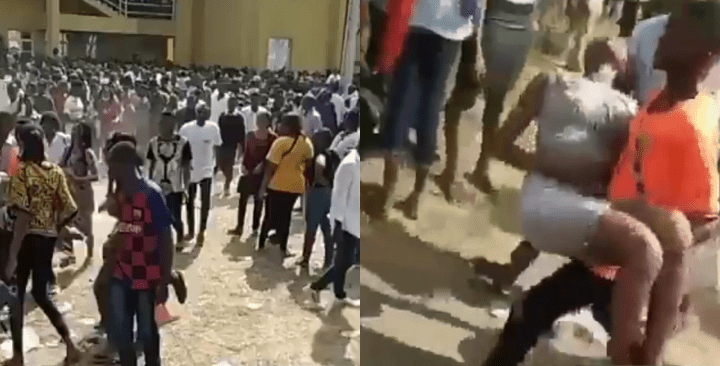 Three persons have died in Ebonyi State university as the school authority forced students from 10 faculties to write GST examination in a single hall.

Witnesses, who are students that sat for the exam, gave same accounts of how they were packed inside a hall that has no ventilation.

They, however, said as a result of huge overcrowding, eight students fainted while three were confirmed dead.

Although MAWA Foundation, cound not immediately speak with the school management, a lecturer who does not want his name mentioned, blamed the school authority for the incident.

Also Read:  Nasarawa: Students on rampage led to the destruction of property at the institution.
Related Topics:
Up Next

EXCLUSIVE: Abuja Schools Shut Down As Truckload Of Bandits Arrives In Border Town 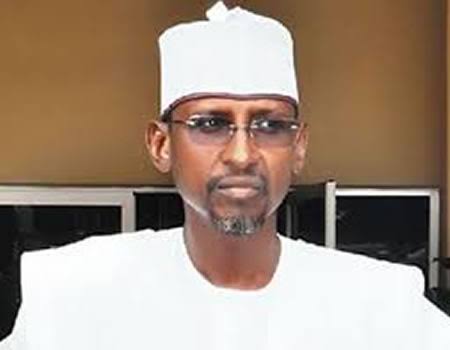 Despite assurances by the police authorities that the Abuja is safe, private schools in Bwari Area Council of the Federal Capital Territory, yesterday, hurriedly shut down their activities over fear of possible attack by kidnappers.

LEADERSHIP learnt that some schools hurriedly sent their students home when news got to them over 200 unidentified men suspected to be bandits were dropped by a truck in Sabon Wuse area of Niger State, a border town with Bwari, Abuja.

A source disclosed  that some private schools closed their schools with instructions to student to remain at home till further notice.Some parents who do not want their identities revealed told our correspondent that the schools gave the instructions on various group WhatsApp platforms of the schools.

In the last two weeks, over ten persons have been kidnapped in Bwari area council with ransom of about N10million paid to secure their release.

Last week, about seven persons were kidnapped in Sabon Fulani area of the council and about N5 million ransom was said to have been paid.According to residents, the fear was heightened following the report that over 200 unknown persons were dropped from a truck in Sabon Wuse area.A parent who spoke to LEADERSHIP said, “We were asked to come for our children in their school before the time they were supposed to close for the day.”I don’t know if they will be going to school tomorrow because we are still waiting for further directives from their school group WhatsApp platform”, the parent, who does not want her identity revealed said.

Another parent told LEADERSHIP that there was specific instruction for students to remain at home until further notice from the school authorities.”My children came back home before the usual closing hour. When I enquired, the school said there were reports that kidnappers had surrounded Bwari area council and they (school authorities) do not want to be responsible for any kidnapped student, hence the closure of the school.”As we speak, the school has been shut down indefinitely,” he said.

Some of the schools in Bwari area council that sent their students home yesterday for fear of possible attacks by kidnappers include De-Goopherwood Montessori School (close to Nigerian Law School), Glorious Bright School, Tundun Fulani and Asusi International School.

According to her, the students were asked to go home after information got to them that there is a likelihood of a breach of security in Bwari.LEADERSHIP learnt that Veritas University, in Bwari, has been closed down and students sent home.

According to a senior lecturer of the school, who said she was not authorised to speak with journalist, ”The school was shut this morning by the vice chancellor. ‘We received a circular that everyone should vacate the school by 11am today (yesterday). ”

Another polytechnic in the area also sent its student out of the hostel.

A 200-level student of Dorben Polytechnic, Bwari, told LEADERSHIP that the school authorities issued a circular asking the students to vacate the hostels and that henceforth they will holding lectures online.

The student who studies public administration at the polytechnic said all the student promptly complied with the directive and quit the hostels.About three days ago, the FCT Police Command faulted information that the territory was under possible the attack of Boko Haram terrorists. The command had, in a press statement by the Police Public Relations Officer (PPRO), ASP Yusuf Mariam, said, “The attention of the FCT Joint Security Team has been drawn to a viral publication in the social media purporting that the ‘Federal Capital Territory is under the attack of Boko Haram Terrorists’.

”The Joint Security Team of the FCT wishes to refute the mischievous publication targeted at creating palpable tension amongst the well-spirited residents of the FCT.”

Meanwhile, following the social media report of invasion of Bwari axis of the FCT by suspected Boko Haram terrorist, bandits or kidnappers, the Nigeria Police have said they monitoring the situation.

Though the spokesperson of the police and the FCT PRO did not comment on the issue, a reliable senior police officer, who pleaded anonymity, told LEADERSHIP that the police management had deployed tactical teams which are monitoring the situation, but that there is no cause for alarm.According to the source, the situation is very critical and the police are not taking it lightly.

There were reports on social media of invasion of Bwari by a group numbering about 800.

This led to report of closure of schools around the area fearing abduction as has been the case in recent times.

27 Abducted Kaduna Students Regain FreedomParents and family members of the kidnapped students of the Federal College of Forestry Mechanisation, Afaka, Igabi local government area of Kaduna State can now heave a sigh of relief after they were released by their abductors yesterday.

According to the chairman of the parents committee, Malam Abdullahi Usman, 27 of the students who were in the captivity of the abductors were released unharmed.

He said two of the students had escaped on the day they were abducted but that the parents chose to keep mute in other not to jeopardize the chances of securing the release of the remaining students.

Earlier, 10 of the students were released in two batches of five each after it was reported that ransom was paid.When asked whether ransom was paid for the release of the 27 students, Usman declined to speak on it, stressing that the parents worked tirelessly, including reaching out to prominent persons to assist towards their release.

“We are indeed thankful to former President Olusegun Obasanjo and Kaduna-based Islamic scholar Sheikh Ahmad Gumi among others for their roles towards the eventual release of the students.

“We also thank the journalists who helped to publicise our cries and worries, and Nigerians who encouraged and prayed with us for the safe release of our children. We are indeed grateful and pray that God will bless them all,” he said.

The parents of the students had on Tuesday stormed the National Assembly in Abuja to protest the continued holding of their children in captivity and government’s apparent indifference over their abduction.

The students, 39 in all, comprising of 23 females and 16 males, were abducted on March 11, 2021 from their school premises. Two of the students were said to have escaped from their abductors leaving 37 of the students, out of which ten of them were released before the final release of the balance of 27.

Meanwhile, the students were taken straight to the Kaduna Police command headquarters in two 18-seater buses, accompanied by an ambulance and nurses.They looked emancipated and one of them could hardly work and had to be helped and later rushed to the hospital.

In a short address, the Commissioner Ministry of Internal Security and Home Affairs Samuel Aruwan, who spoke to newsmen at the police headquarters in company of the police commissioner, said details will be given about the students today.

“Yes we can confirm that the students have been released as you can see, but details will be made available on Thursday. They will be taken for proper medical checkup now,” he said.

Meanwhile the state government has confirmed that the Police Command had reported the release of the remaining students of the Federal College of Forestry Mechanisation, Afaka, in Kaduna State.

Meanwhile, President Muhammadu Buhari has welcomed the release of the 27 students of the Federal College of Forestry Mechanization, Afaka, near Kaduna and congratulates their friends, families and the government and people of Kaduna State following the happy end to the saga.

“We are happy they have been released,” says the President.

“We express our deep appreciation to all the actors who contributed one way or the other to this happy outcome,” President Buhari said in a statement by his media aide,Garba Shehu, yesterday. 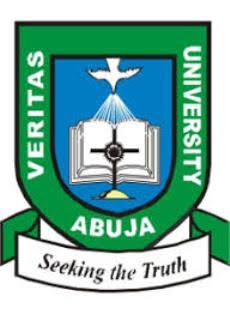 Also Read:  Nasarawa: Students on rampage led to the destruction of property at the institution.
Continue Reading 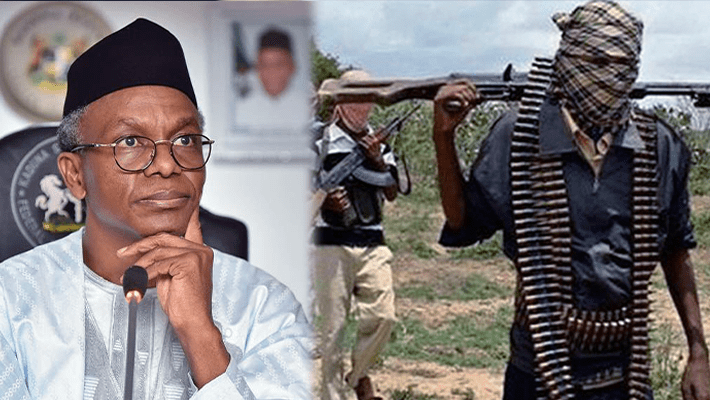