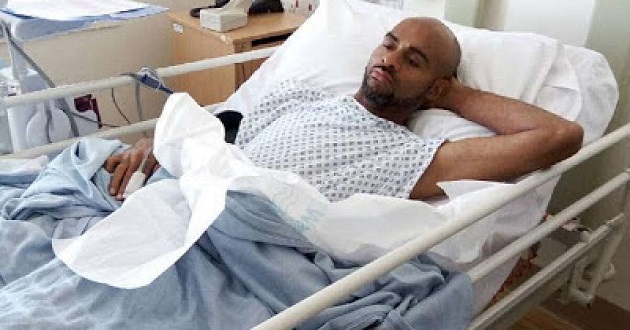 Life has not been fair to these Nollywood stars who have been struck down with ailments as death stares gloomily at them in the face.

Health is indeed wealth and it’s our humble plea that Nigerians will come to their aid so they can get out of the clutches of their predicament.

Leonard Chimezie Onyemachi popularly known as Leo Mezie is down with kidney-related issues. Leo Mezie is currently battling kidney failure and is in dire need of a kidney transplant to save his life.

Former child actor Ifeanyi Ezeokeke who was hugely popular in the 90s is still battling with illness his close friends in the movie industry are yet to clearly identify.

The movie star who became famous for his role in the Nollywood movie ‘Conspiracy‘ is said to be down with a mysterious illness that had somewhat paralyzed his face and almost the entire body. His colleague Diewait Ipechukwu once paid him a visit and made this known via Facebook so Nigerians from all walks of life can come to his aid.

Early in 2020, a video of Ernest Asuzu begging all well-meaning Nigerians and his colleagues to extend a helping hand to him because he’s totally broke stormed the internet. This was after some fans spotted him begging in the streets to feed himself and his family since he was hit by a stroke. His situation has since stabilized after the Actors Guild of Nigeria intervened