Traditional Institutions Must Be respected, Tinubu should’ve stood up to greet Ooni -Afenifere 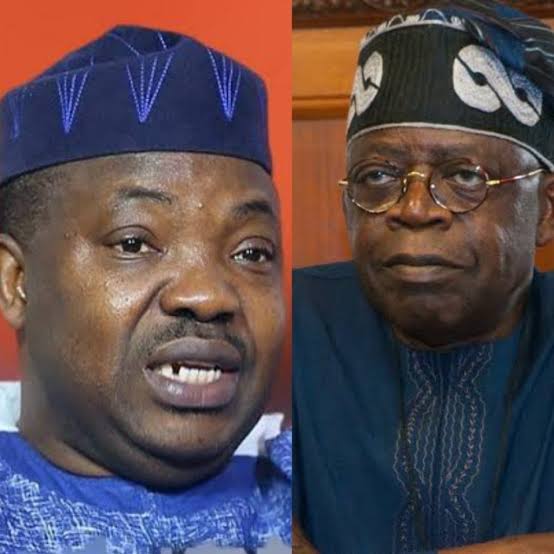 Activist, Yinka Odumakin, says All Progressives Congress chieftain, Bola Tinubu, should have stood up to greet the Ooni of Ife, Oba Adeyeye Ogunwusi, at the coronation of the Oniru of Iruland, Oba Omogbolahan Lawal.

Odumakin, who is also the spokesman for pan-Yoruba group, Afenifere, on Wednesday while reacting to a viral picture showing Tinubu sitting down while the Ooni stands to greet him.

He said although monarchs no longer hold political power, it was important for traditional institutions to be respected especially by the Yoruba people.

The activist recalled that in 2016, former President Olusegun Obasanjo, who is many years older than the monarch, bowed down to greet him.

Odumakin stated, “We are still Yoruba people. With due respect to our royal fathers, we should not say because we are in a modern age, we should not give the proper respect that we give to our oba.

“You saw the time former President Obasanjo prostrated before the Ooni.

Aliyu Atiku Abubakar the Turakin Adamawa, one of the sons of Alhaji Atiku Abubakar, is set to wed his beautiful Fatima, daughter of the...
Read more
Africa

A source in Lebanon, who spoke with SaharaReporters, said the employers of the 10 ladies might be using them for prostitution, hence the reason...
Read more
- Advertisment -