He however, voiced his displeasure about the manner in which the police made a ceremony out the Senator’s willingness to surrender to them.

He further asked well meaning Nigerians to drum support for Senator Melaye in these trying times.

INEC to PDP, others: WE WON’T DROP ZAKARI as collation centre chair

PDP: We Are Not Happy The Way The Police Made A Ceremony Out Of Dino’s Arrest 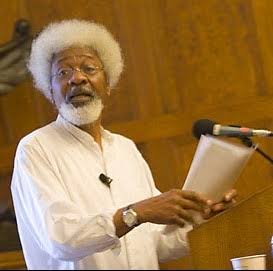 ) due to its systemic failure.

Soyinka said this in Abuja on Saturday, May 8, 2021, at the book reading and signing of two of his books titled ‘Trumpism in Academe’ and ‘Chronicles of the Happiest People on Earth’.

Former Governor Rochas Okorocha of Imo State had asked Soyinka if he could write a Nigerian story that would evoke patriotism and inspire unity among the various tribes in the country.

Responding, the playwright said no narrative would unite the people of Nigeria without restitution and justice.

He explained that persons in Internally Displaced Persons’ camps, who had lost relatives and loved ones due to violence, would not embrace any story of unity unless they got justice.

The Nobel laureate said Nigeria had lost a key opportunity to unite, adding that he didn’t believe the regime of Buhari could unite Nigeria because it suffered from systemic failure.

Soyinka added, “We had a critical moment and we lost that moment. The moment when this country could have come together and the sense of oneness, belonging. That vision of oneness. We lost that moment. There has been more than one moment and we lost the moment. Will another one come? I don’t know. Right now I don’t see it under this government quite frankly.

“There is a failure, a systemic failure in present governance and I don’t know who can put it together. These days, I try to go some days without reading the newspapers. It is so depressing.”

Soyinka said he personally believed that Nigeria should not break up but should remain one entity.

He however argued that it was wrong of the government to continue to say the country’s unity was non-negotiable.

Some people are mercilessly against Nigeria, Buhari cries out 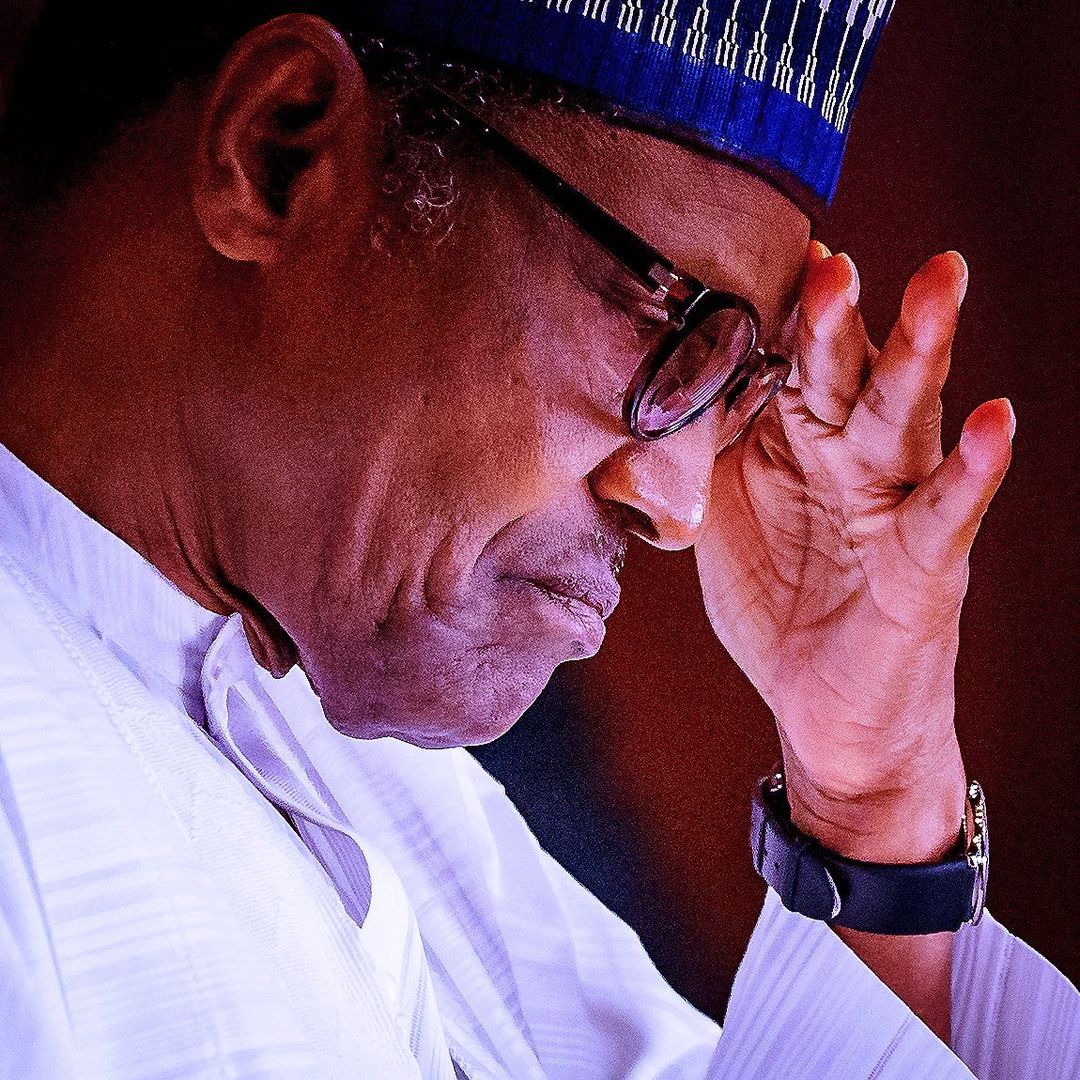 President Muhammadu Buhari has again raised alarm over the activities of some unpatriotic elements who are bent on wreaking havoc on the nation’s socio-economic fabric.

The president made his feelings known during the 6th regular meeting with the Presidential Economic Advisory Council (PEAC), led by Prof. Doyin Salami at the State House, Abuja, on Friday.

He decried the situation in which some unscrupulous people continue to undermine every policy of government, irrespective of the good it was meant to achieve for the country.

Buhari said: “Some people are mercilessly against this country.

“We closed the borders to control the smuggling of petroleum products, and check the influx of smuggled goods, arms and ammunition.

“That was when the Comptroller General of Customs called me, saying 40 tankers laden with petrol had been impounded. I told him to sell the fuel, sell the trucks, and put the money in the treasury.

“They still brought arms and ammunition into the country, brought in rice in vehicles and motorcycles.

“I said shoot anyone found illegally with AK-47, yet they haven’t stopped. People must show consideration for their own country.”

On food security, the president stated that his administration would focus on greater development of irrigation facilities in the country, and encourage more people into agriculture.

He said agriculture was a good way for the country to overcome the economic challenges confronting it.
“We need to go back to the land.

Technology is doing away with petroleum, but we are lucky we have other resources; Gas, vast arable land, which we are not using enough.”

On security challenges, which PEAC said was having great repercussions on the economy, Buhari charged leaders at all levels to go back to the basics.

He added that a bottom-up approach was necessary, from wards, to local councils, states, and federal.

Prof. Salami, in his presentation, said the PEAC had observed that only two per cent of land under cultivation in the country was irrigated.

He said that the Council advised government to provide incentives for private people to go into irrigation.

PEAC noted that the global economy has continued to improve as COVID infections drop and roll-out of vaccination intensifies.

It however said that though the Nigerian economy was out of recession, it still remains fragile with inflation rising, unemployment high, and external account weak.

The economic advisory body said government “must urgently address the challenges of rising prices.”
The PEAC also called for decisive end to all forms of insecurity in the country, mobilization of resources for investment, and hastening implementation of agricultural reform policies.

It advocated speedy passage of the Petroleum Industry Bill (PIB) as a basis for revitalizing the industry, poverty reduction, employment generation, and incentives for private investment in irrigation, to promote all-year-round farming. 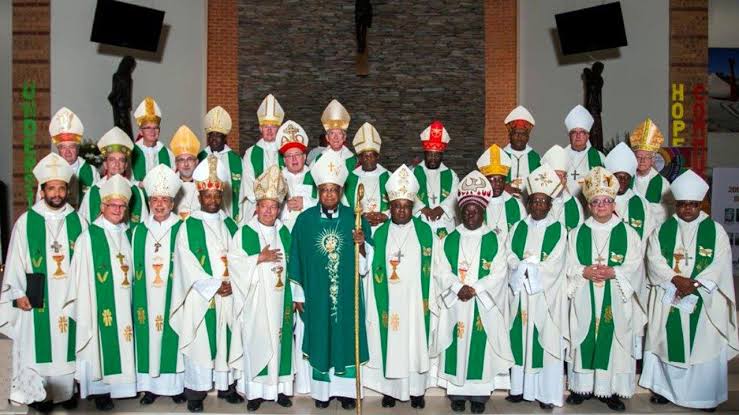 The Catholic Bishops Conference of Nigeria, CBCN, on Friday, urged the Federal Government to shun all forms of propaganda against religious leaders who disagree with its performance and step up actions towards addressing the pervasive insecurity in the land.

The Bishops, who rejected the purported plot to destabilise the country through a military takeover, however, warned that the country will collapse and become ungovernable if the government continued to ignore the constructive criticisms.

The CBCN stated this in a statement signed by its President, Archbishop Augustine Akubeze, which was titled ‘Urgent Call to the Federal Government to be Open to Criticism in Addressing the Pervading Insecurity in Nigeria.’

It reads in part, “Nigerians are tired of hearing of bandits taking youths at the University and executing some of them, while others are kept to be used to bargain for ransom.

The insecurity is leading to a daily loss of lives and properties in every part of the country. These facts are indisputable. A country where students are no longer safe in schools nor farmers safe in their farms does not have a future to look to.

In the midst of all these, the Presidency recently stated that some religious leaders and some Nigerian politicians are plotting to destabilise the country. The spokesperson for the Nigeria Army noted that there is no plan by the military to take over democratically elected persons.

While we reject any call for the destabilisation of Nigeria or military takeover, we nonetheless say to the Federal Government of Nigeria, led by President Muhammadu Buhari, there is no need to focus your energy, time and resources in any form of propaganda against religious leaders who disagree with your performance. There is no need to spend so much of your time trying to blackmail anyone who criticises your Government.

“We speak out because we do not want Nigeria to collapse. We are not speaking out for the APC Government to fail. We are speaking out so that Nigeria will not fail.

“It is not out of place to call for a security summit in whatever form it may take as long as it leads to the unity, peace, justice, progress and protection of Nigerians.

“The Federal Government must be transparent with every Nigerian in the struggle to revive our economy, industrialise the nation, objectively deal with corruption and significantly reduce the high level of insecurity and unemployment.

In every democracy, the welfare of the citizens is of great concern to the President.

“From time to time, Presidents address the people and give an account of the state of affairs in the country. Presidents of countries grant interviews to the media who are the watchdogs of democracy. But in Nigeria, we hardly hear directly from our President. Most of the time, we hear from “the Presidency.”

“Nigerians did not elect presidential media spokespersons. Nigerians do want to hear directly from their President and hear words that are matched with actions.

“To every religious leader, let us not use inflammatory words that distort the real message we are sending to this Government. We must be united in the fight for our common destiny as a people.

“It must be clearly stated to the Federal Government that if they continue to ignore the constructive criticisms and recommendations of Nigerians from every sector, the country will collapse and become ungovernable.

“We are speedily getting there. Police stations are being burnt, our gallant military men and women are being killed, barracks are attacked, IDP camps are attacked, farmlands are invaded, youth unemployment is at its highest, private sectors are not giving enabling environment to thrive, and appointments to offices are not reflective of our diversities; the complaints are almost endless – could the sounds signal a collapsing nation to be louder than this?

Also Read:  I want to see TB Joshua ,Man on telecom mast Protest in Taraba, still there 24 hrs after

In Nigeria, the Catholic Church wants the Federal Government to call for a meeting of all stakeholders to have a sincere discussion on the way forward. Such discussions must seek how to implement the much talked about restructuring and devolution of power down to the local government level.

“Let us continue to pray to God to grant the Federal Government and other State actors the wisdom and courage to bring peace and justice to every Nigerian.

No Government leader should watch the breakdown of law and order in Nigeria. It is our collective obligation to make Nigeria successful.

“As religious people, we entrust Nigeria into the hands of God and pray that we may respond to the voice of God calling us out of this crisis.

May God bless Nigeria and keep her safe.”
vanguard