The Peoples Democratic Party (PDP) welcomes President Muhammadu Buhari from his medical tourism in the United Kingdom, but rejects his declaration that Nigerians should expect the “continuity” of his misrule.

The PDP also asserts that the statement by the All Progressives Congress (APC), that President Buhari has been “re-energized” after his medical treatment, is a confirmation that Mr. President had been incapable and lethargic, leading to the inefficiency, disorganization and general misrule that have bedeviled his administration.

While Nigerians are at a loss on the import of President Buhari’s declaration upon his return that what they should expect is “continuity”, our party wishes to remind Mr.

President that he was elected for a last term of four years which will end on May 29, 2023.

The PDP holds that whatever purpose his frame of mind on “continuity” was made to serve, it must not detach from the finality of his leaving office in on May 29, 2023.

Moreover, Nigerians vehemently reject any idea of “continuity” that pertains to failed economy, hunger and starvation, banditry, killings, terrorism, kidnapping, abuse of human rights, treasury looting, mindless borrowing and other vices that have characterized the APC administration under the watch of President Buhari.

Also Read:  Governor Matawalle might be in trouble after as Powerful Northern Group Seeks His Probe Over Incessant Kidnapping.

This is especially as the comment by the APC had already confirmed that our nation has indeed been on auto-pilot leading to shambolic state of affairs in the nation, escalation of violence and insecurity, wrecking of our national economy, policy inconsistency, entrenchment of corruption and impunity, with no hope in sight.

While the PDP recognizes the humanity of all, our party advises that those at the helm of affairs must be honest enough not to take up assignments that are beyond their capacity.

Now that Mr. President is “re-energized,” his handlers have no further excuses on his failure to lead from the front as he promised, in the fight against terrorists and insurgents, whose activities escalated under his watch.

Our party therefore expects the “re-energized” President Buhari as the Commander-In-Chief to immediately proceed to Zamfara, Borno, Kaduna, Adamawa and other states where terrorists have practically taken over communities on account of the failures of his administration.

Mr. President should also immediately address the nation on how he intends to pay back the huge foreign loans his administration had collected in the last six years, for which the future of our nation has been mortgaged.

The “re-energized” President is also expected to forcefully commence the recovery of over N15 trillion reportedly stolen by APC leaders from government agencies including the NNPC, NEMA, EFCC, NDDC among others.

Also Read:  Imo attacks is what you get when Shehu Garba is now defacto president —Lawyer, Bamgbose

Our party insist that Mr. President must henceforth take responsibility and end his excuse of not always being aware of issues in our country.

2023: Edwin Clark Reveals Where Buhari’s Successor Should Come From

Parents of released students of the Federal College Forestry School in Afaka, Kaduna State, have clarified that Sheikh Gumi did not collect any money from them.

The students, who had been in captivity at the hands of bandits for 56 days, were released on Wednesday.

One of the parents of the released students, while speaking to journalists in Kaduna, said: “To put the records straight, we approached reverred Islamic cleric, Sheikh Abubakar Gumi, to assist in facilitating the release of our children, but he didn’t collect money to that effect.

“The woman that made the statement, though also have a child in captivity but she resides in Abuja and we never gave money to Sheik Gumi. The money we gathered was for our transport to both Abuja and the School which we visit every two days.

It is not easy visiting the school and also taking such a crowd to Abuja for the protest. We never gave the Sheikh any money.

Also in a statement, jointly signed by their Chairman of Concerned Afaka Parents, Malam Abdullahi Usman and Secretary, Mrs Catherine Y. Saleh, on Wednesday, following a report in the media that Sheikh Gumi was given N800,000 to secure release of one of the students, the parents said, “The committee considers the statement as unfortunate and an unnecessary distraction from its commitment to secure the release of our children who have now spent 56 days in captivity.

For the record, the committee representing the Forum of Parents of the 39 Abducted Students visited the home of Sheikh Gumi to seek his intervention for the release of our children but he declined, on the grounds that as a law abiding citizen he would not want to go against the position of the state government which has forbidden anyone to negotiate with bandits.”

The group said that the attention of the parents of the 39 abducted Afaka students was drawn to a screaming headline on Wednesday to the effect that one of them, who spoke to them in a live interview, claimed that they, the parents of the abducted students, contributed and paid the sum of N800,000 to a Fulani man through Sheikh Gumi for the release of their children.

“We wish to state in no unclear terms that the claim has no basis in fact. Though the woman in the said video has a child in captivity, but her claim is untrue. The woman is not a member of the committee representing the affected parents and did not speak on behalf of the parents.

“To be sure, the Forum of the Abducted Parents has never gathered money and given to Gumi or to someone through the revered Islamic scholar at anytime. We therefore dissociate ourselves from the statement,” they clarified.

Also Read:  Five Nigerian Sisters who are Medical Doctors practicing in US

The forum added in its statement: “We apologise to the esteemed Sheikh for any personal injury the statement might have caused him,” the statement said.

Former President Olusegun Obasanjo has said he does not believe in payment of ransom to bandits or kidnappers.

Obasanjo lamented specifically that President Muhammadu Buhari’s government and his predecessor, Goodluck Jonathan had paid ransom to kidnappers and bandits but stated both administrations denied it.

“Some people are still reaching out and hoping that lives can still be saved. But a situation whereby anybody thinks paying ransom is the way out, that person is folly. He is a folly.

Also Read:  Five Nigerian Sisters who are Medical Doctors practicing in US

Government has always paid ransom. Not only this government, even during Jonathan (administration). They paid ransom but they denied it.”

The former President said leaders must ensure 2023 birth a new Federation otherwise the country may slide into dissolution.

According to him: “I do believe that whatever else we do, we have to make the year 2023 a watershed for Nigeria. The year 2023 should give us the beginning of emergence of a new federation or feeling that the rot continues, and then, we are going to be sliding back to dissolution. God forbid.

It’ll be suicidal for FG to contemplate salary reduction ― NLC 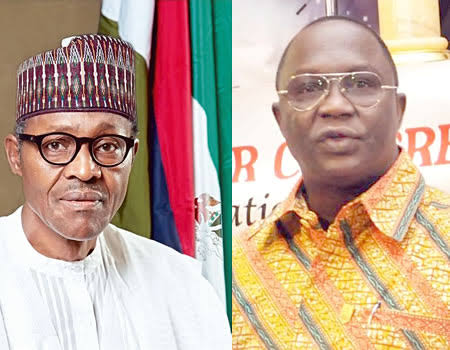 The Nigeria Labour Congress (NLC) declared on Wednesday that it would be suicidal for the Federal Government to contemplate a reduction in the salary of Nigerian workers as being proposed by the Minister of Finance, Mrs Zainab Ahmed.

The congress also warned that the move would set the country on fire, saying that the Nigerian workers are demanding an increase in their remunerations and allowances, as other countries are doing for their workers to reduce the effect of pandemic.

This call for salary slash by Mrs. Zainab Ahmed is tantamount to a mass suicide wish for Nigerian workers. It is most uncharitable, most insensitive, most dehumanizing and most barbaric. Nigerian workers demand an immediate retraction and apology by the Minister of Finance,” President of NLC, Comrade Ayuba Wabba said in a statement.

Mrs. Zainab Ahmed, had said at a policy dialogue on corruption and cost of governance in Nigeria organised by the Independent Corrupt Practices and Other Related Offences Commission, in Abuja, that the Federal Government was working to reduce the high cost of governance by cutting down on the salaries of Nigerian workers.

The Minister of Finance was also reported to have directed the National Salaries, Incomes and Wages Commission (NSIWC) to immediately review the salaries of civil servants as well as the number of federal agencies in the country.

But the NLC said it read the statement credited to the Minister with huge shock and called on President Muhammadu Buhari to immediately call the minister to order.

Wabba said: “We call on President Muhammadu Buhari to call the Minister of Finance to order now before she sets Nigeria on fire with her careless statements. If there is any salary that needs serious slashing it is the humungous remuneration and allowances pocketed by political office holders in Nigeria who do very little but collect so much.

Workers generate surplus value and revenue for government. We do not constitute any unnecessary cost or burden to governance! It is also important to make the point that salaries are products of contracts governed by laws. They cannot be unilaterally adjusted.

“While many countries of the world are increasing the salaries of their workforce, extending social security coverage for their citizens and providing all forms of palliatives to help their people through the terrible socio-economic dislocations occasioned by the COVID-19 pandemic, it would be completely absurd for the Nigerian government to be thinking of salary slash.

Also Read:  Sheikh Gumi accuses lawmakers of being responsible for insecurity in Nigeria

“This move is not only at great odds with global best responses to the COVID-19 pandemic, it is also in violation of relevant ILO Conventions and Declarations on Wages and Decent Work.

The NLC President added: “It is almost unthinkable that government would be contemplating to unilaterally slash the salaries of Nigerian workers at this time.

“The question to ask is: Which salary is government planning to slash? It certainly cannot be the meagre national minimum wage of N30,000 which right now cannot even buy a bag of rice. The proposed slash in salaries is certainly not targeted at the minimum wage and consequential adjustment in salaries that some callous State Governors are still dragging their feet to pay.
It is public knowledge that the multiple devaluation of the Naira in a very short time and the prevailing high inflation rate in Nigeria has knocked out the salaries earned by Nigerian workers across board. Nigerian workers are only surviving by hair’s breadth.”