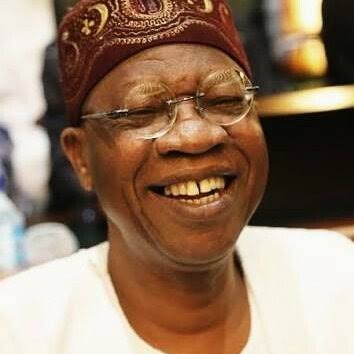 Lai Mohammed, minister of information, says President Muhammadu Buhari is taking the country to the next level of irreversible change.

Speaking at a press conference to mark the first anniversary of the second term of Buhari on Thursday, Mohammed said the president got reelected because of his performance.

The minister said under Buhari’s leadership, Nigeria is going to join the comity of great countries.

“President Muhammadu Buhari was elected in 2015 on the strength of his promise of change. Nigerians are satisfied with his performance, especially in the cardinal areas of fighting corruption, tackling insecurity and revamping the economy, overwhelmingly re-elected the President in 2019,” he said.

“One year later, the president is taking Nigeria to the Next Level of irreversible change for the better.

“With the bold and courageous leadership provided by President Buhari, Nigeria is marching surely and steadily to join the comity of great nations. Change is never easy, and the birth of a new nation comes with pain.

“We thank Nigerians for their support and perseverance, and hereby reassure them of the administration’s unrelenting commitment to making life more meaningful for the citizenry.”

Mohammed said the decision to expend a $1.2 billion loan on agriculture would revolutionise the sector.

“I want to inform Nigerians that the stage is set for the implementation of the greatest agricultural revolution in the history of Nigeria,” he said.

The minister said before the country recorded its first COVID-19 case, the federal government had taken measures to protect Nigerians.

“One month before the first case of Covid-19 was recorded in Nigeria, the Federal Government had already announced it was strengthening surveillance at the nation’s gateway international airports to prevent the spread of the virus,” he said.

“By 31 January 2020, the Federal Government had set up a Coronavirus Preparedness Group to mitigate the impact of the virus if it eventually spreads to the country.

“To put things in perspective, Nigeria’s current power generation capacity is more than 13,000 megawatts, but only an average of 3,400
megawatts reliably reach consumers. In essence, the current amount of power that reaches consumers will more than double by the end of next year.”

Chicken wings test positive for Covid-19 in China, but there’s no...